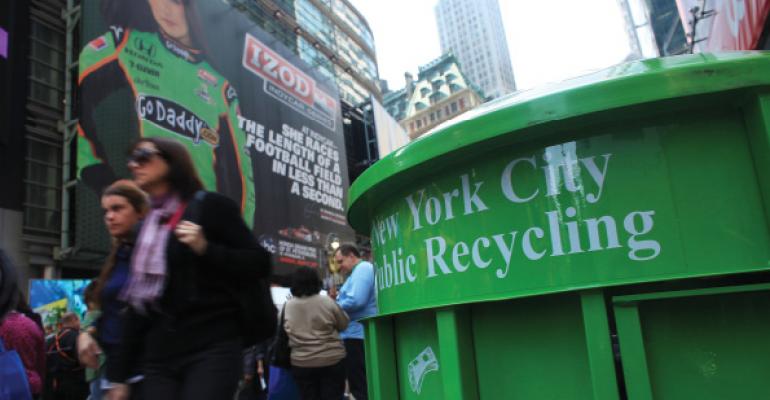 Councilman Reynoso is considering revisions to his bill requiring the city to create a commercial waste zone system with each zone serviced by one carter.

New York City Council Member Antonio Reynoso is considering making revisions to the part of his commercial waste zoning bill that would require private trash collectors to bid on 20 zones within the five boroughs, with a goal of having a single company operating in each zone.

In an interview with The Wall Street Journal, Reynoso said the City of New Department of Sanitation (DSNY) has other offerings that can “speak to the environmental justice piece that doesn’t necessarily mean we need to do exclusive zones.”

According to the report, those incentives include making sure half of the private carter industry’s trucks are electric by 2030 or giving more points in the bidding process to more environmentally friendly haulers.

Back in May, Reynoso introduced his version of a bill to create a citywide commercial waste zoning system that would authorize the city to create a commercial waste zone system that would divide the city into at least 20 zones with each zone serviced by one carter. This was much different than the plan initially unveiled in 2018 by DSNY, which stated the city would be divided into 20 zones, each served by three to five carters selected through a competitive process.

According to the report, Reynoso hopes the bill will go to a full vote in the City Council by the end of October. It would then need to be signed into law by Mayor Bill de Blasio.

A bill that would create exclusive zones for the commercial-waste industry across the city could change before it is voted on next month, its sponsor said.

City Councilman Antonio Reynoso said he is considering taking out a portion of his bill that would require private trash collectors, or carters, to bid on 20 zones within the five boroughs, with a goal of having a single company operating in each zone. The legislation seeks to address environmental and worker-safety issues in the current system.

“We have other things that the sanitation department wants to offer or to talk about that can really speak to the environmental justice piece that doesn’t necessarily mean we need to do exclusive zones,” Mr. Reynoso, a Democrat who represents neighborhoods in Brooklyn and Queens, said in an interview.