When Does Trash Collection Cause Emotional Distress? 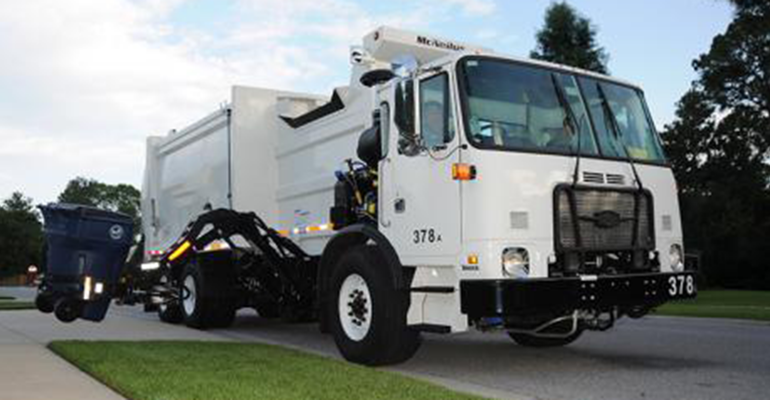 Topping any list of “Things to Consider When Looking for a New Residence” would surely be location. Even if you’ve found a place you can afford that meets your needs, offering convenience, amenities and safety, the goings-on nearby may prove to be a major source of irritation. Sometimes the sights and sounds in the vicinity of where you plan to live are apparent, sometimes not.

Topping any list of “Things to Consider When Looking for a New Residence” would surely be location. Even if you’ve found a place you can afford that meets your needs, offering convenience, amenities and safety, the goings-on nearby may prove to be a major source of irritation.

Sometimes the sights and sounds in the vicinity of where you plan to live are apparent, sometimes not. Min Sun Cho moved into an apartment next door to a Carl's Jr. restaurant. For whatever reason, he did not foresee that his new digs came with a particular problem.

The restaurant is part of a chain operated by CKE Restaurants Holdings. CKE contracted with Omega Waste Management for trash pickup. Omega subcontracted the service to Haul-Away Rubbish Company whose trucks serviced the restaurant daily between 4:00 and 6:00 a.m., disrupting Cho's sleep and, he claimed, weakening his physical and psychological health.

Cho complained to CKE, but, according to Cho, CKE refused to have the restaurant's trash collected at a different time. Cho filed suit in Los Angeles County Superior Court alleging that these practices amounted to a nuisance and an intentional and negligent infliction of emotional distress.

CKE moved for summary judgment in its favor. It presented sworn statements from its Carl’s Jr. employees that it had no involvement with the scheduling or dispatching of Haul-Away's trash trucks, that Cho was the only person who ever made a noise complaint about trash collection at the restaurant, and that CKE acted reasonably to address the alleged problem after it received Cho's complaint. From CKE’s perspective, it had no legal obligation to Cho with respect to trash collection and nothing it did or failed to do harmed Cho in any way.

Cho opposed the motion, contending that CKE was liable for the actions of its independent contractor, Haul-Away, that CKE was negligent in selecting, instructing and supervising Haul-Away, that the harm to him was foreseeable, and that CKE had a duty to him not to contract for garbage collection in the early morning hours.

Judge Mel Red Recana ruled in favor of CKE.  He explained that a defendant generally is not liable for the acts of its independent contractors unless the defendant's own involvement or negligence contributed to an injury.  Judge Recana found that Cho failed to provide any evidence that CKE contributed to Cho's alleged injury.  Specifically, Cho presented no evidence that CKE was involved in scheduling collection times, that CKE was negligent in contracting with Omega, or that CKE had any right to or exercised any control over Haul-Away's operations. Given that Cho failed to establish any legal basis for his lawsuit, a trial was unnecessary.

Cho was represented by an attorney in Superior Court, but represented himself on appeal  where his burden was significant. For one thing, a judgment challenged on appeal is, as a general rule, presumed to be correct, and the party who seeks to overturn the ruling must make their case with forceful arguments, analysis and legal authorities.   For another, courts don’t give special consideration or tolerance to a self-represented party compared to litigants who have attorneys.

Not surprisingly, his presentation fell considerably short.  A three-judge appellate panel affirmed the lower court decision.  “Cho's briefing is difficult to understand and fails to set forth cogent legal arguments,” said the panel.  “Cho's central contention appears to be that there were triable issues of fact as to whether CKE had ‘control’ over Haul-Away's operations, and specifically whether CKE had the ability to control the time at which Haul-Away collected trash from the restaurant. However, . . . he fails to demonstrate that the authorities on which he is relying are relevant to the issues that he is attempting to raise.”

Would Cho have likely fared better in the appeal with competent legal advice?  Probably not.   In fact, had he stayed out of court altogether, which many lawyers would have advised, he would have saved not only his own legal fees but also CKE’s appeal costs that he now must pay.