Join us in New Orleans for WasteExpo 2023!
From connecting with 14,000 of your peers to doing business with 600+ exhibitors, it’s one event that pays dividends all year long.
Highlights 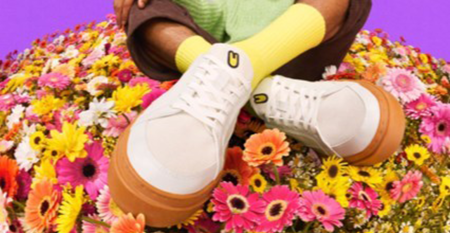 Unless Collective Partners With NFW To Debut World's First Regenerative Sneaker
Dec 05, 2022
Partnering with Natural Fiber Welding, or NFW, the UNLESS Collective has announced the debut of the world's first regenerative sneaker.

How to Reduce Holiday Household Food Waste with Meal Planning
Nov 22, 2022
Amy Densborn of SWACO and Elisha Sparks of Local Matters recently hosted a webinar presenting all the tips and tricks necessary to reduce food waste at the household level.

Qatar Plans to Redistribute Food Surplus From the FIFA World Cup
Nov 21, 2022
Qatar is working toward a zero-waste-to-landfill world cup tournament and will be eliminating food waste via donation as part of the initiative.

Bioplastics as an Alternative to Single-Use Plastic Waste
Nov 17, 2022
The average American uses 365 pieces of single-use plastic each year. Researchers are examining the possibility of plastics engineered from plant-based materials to minimize the mass amounts of non-biodegradable plastics hitting our landfills.

GoodwillFinds Brings Resale to the Comfort of Your Home
Nov 08, 2022
Goodwill Thrift Stores have a long-running history of promoting social and environmental change. Alongside this growth in...

Roughly 2,079 Tons of Halloween Costume Waste Sent to Landfills
Nov 01, 2022
As the Halloween season comes to a close, millions of costumes will begin making their way to landfills, many of which have...

Ericsson and DeltaTrak's Collaboration to Reduce Food Waste
Oct 31, 2022
The two companies will be combining their technology to better track perishable foods.

This Week in Waste: Top Stories October 24 - 28
Oct 28, 2022
The waste and recycling industry holds a lot of opportunities. Despite the challenges of the ever-evolving world impacting the industry, there are many successes. This week's installment of This Week in Waste demonstrates both sides of that and...

Connecticut Cities Offered $5 Million to Help Reduce Food Waste
Oct 27, 2022
A total of $5 million will be given out to cities and towns in Connecticut working to reduce their waste.
Load More