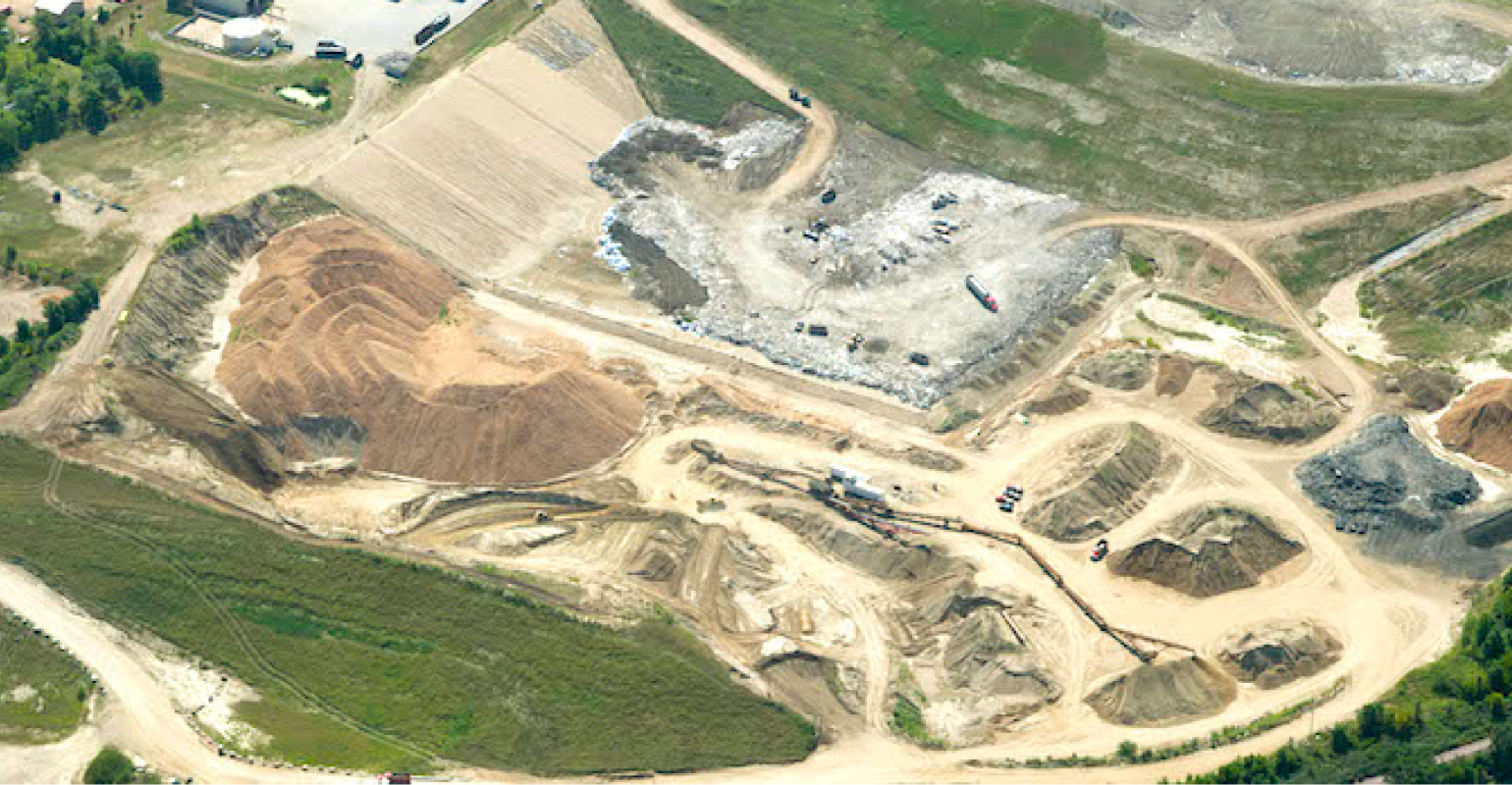 Shakopee, Minn.-based Dem-Con, which started exclusively in the garbage disposal business in the 1960’s, did not think landfilling alone was its future. So, the third generation, family-owned company underwent a paradigm shift around the year 2000.

“We believe the future of solid waste management is increased recycling, reuse, and reduction of materials with less reliance on disposal. We also believe that an environmentally protective landfill will be a necessary component to an integrated solid waste system for the foreseeable future.  As we plan for our own company’s long-term viability, we have developed a business model aligned with this future,” says Bill Keegan, president of Dem-Con.

The plan entailed a major buildout to include several facilities surrounding the landfill: a C&D materials recovery facility (MRF) that processes mixed C&D loads and removes material such as concrete, brick, cardboard, metals, and wood.  The material is sized, segregated and recycled; for instance concrete and brick are turned into aggregate for a road base material. A wood processing facility further processes the wood; contaminants are removed, and material is further ground to meet end markets’ specifications for animal bedding, landscape mulch, erosion control materials, and biofuels. There is a shingle processing operation where contaminants are manually removed from source- separated shingles which are ground and screened for use in asphalt mix, in road construction projects.

Expanding its operations and reach to this breadth was no cheap endeavor, nor have ongoing operations been low cost.

“Recycling costs money.  In fact, often more than disposal given the significant investment in equipment and labor to process the materials and deliver them to end markets,” says Keegan, though he charges customers no more to recycle C&D than to landfill.

Still he says recycling C&D materials can be profitable if consumers recognize the environmental and social value and will pay for services. He’s come by a lot of his customers—namely contractors and project owners—when they approach him, choosing to recycle.

Keegan is holding out for that sentiment to grow. But he anticipates there will be drivers forthcoming beyond individual companies’ desire. Minnesota has a general recycling goal of 75 percent by 2030. Along with this target, the C&D industry in particular is garnering a lot of attention.

“The C&D rules are antiquated, and a coalition of stakeholders in our industry is working with Minnesota Pollution Control to rewrite them to address unlined disposal facilities and groundwater contamination, as well as beneficial reuse, recycling and reduction,” says Keegan.

In 2019, residue from the C&D MRF that went to landfill was 25 percent, while 75 percent of materials were recycled or beneficially reused. Of that 75 percent, shingles represented 30 percent; 20 percent was alternative daily cover; 16 percent was wood; and the remaining was aggregate or crushed concrete and metals.

“Shingle-producing plants have some material that is not acceptable to the retail shingle market for various reasons, so it is commonly landfilled. It’s a tremendous waste of resources,” says Rob Kuehborn,  director of materials and quality for Tiller Corporation, the parent company of Commercial Asphalt.

Many of the rock types used as granules are expensive to mine as well as to process into one particle size. Also, the shingles contain fiber glass and asphalt cement, which are energy-intensive to make.

Meanwhile, there is a huge demand for asphalt pavement and asphalt mix.

Most states limit shingle scrap that can be used in asphalt mix to 5 percent; going much beyond that limit can result in a stiffer mix that is prone to cracking.

Still the 15,000 tons of shingle scrap that Commerical Asphalt  buys from Dem-Con each year is a lot of material to divert from landfill and put to use. The company’s customers are homeowners who incorporate it into driveways; commercial property owners that use it in parking lots; cities, counties and the Department of Transportation who incorporate it in streets and highways.

Commerical Asphalt had to change its mix to include the recycled material but that was the only relatively substantial change.

“Dem-Con has been a good partner in both developing the specs and providing us reliable material,” says Kuehborn.

Dem-Con’s C&D MRF is slated for a substantial upgrade to keep up with demand.  Its processing line is both mechanical separation and manual separation, but Keegan is launching more automation using robotics, optics and air classifiers which will help address what Keegan says is most challenging about C&D waste management: retaining a workforce.

“By nature, the recycling of C&D materials is a difficult job given the size, weight and composition of materials, and the staffing of these manual sortation jobs is a constant challenge.  We are looking to further automate the processing line to reduce reliance on manual sortation and repurpose the labor force into equipment maintenance and oversight roles,” he says.

Koda Energy based out of Shakopee, Minn. buys biomass fuels (ground wood) from Dem-Con that is converted to heat and electricity it sells to industry and a utility in Minnesota.

The company gets about 5,000 tons of ground wood fuel from Dem-Con per year.

“We don’t support forestry for the sake of cutting down trees to make energy. We like to use waste from trees that were already harvested,” says Stacy Cook, president of Koda Energy, adding equally that as attractive is that biomass combustion is carbon neutral and enables Koda to displace about 90,000 million British thermal units per month of natural gas (sourced from Dem-Con and others), which would heat about 11,000, 4000-sq foot homes a year in Minnesota, as well as power 15,500 homes a year. The lot from Dem-Con powers about 600 homes and heats about 1,200 of them a year.

“We like that Dem-Con is contributing to developing markets with waste products to reduce landfill utilization. We don’t want to keep filling and capping our landfills if those products can be repurposed for beneficial use,” says Cook.