Wastequip’s Kinder is Laser-focused on Sustainability 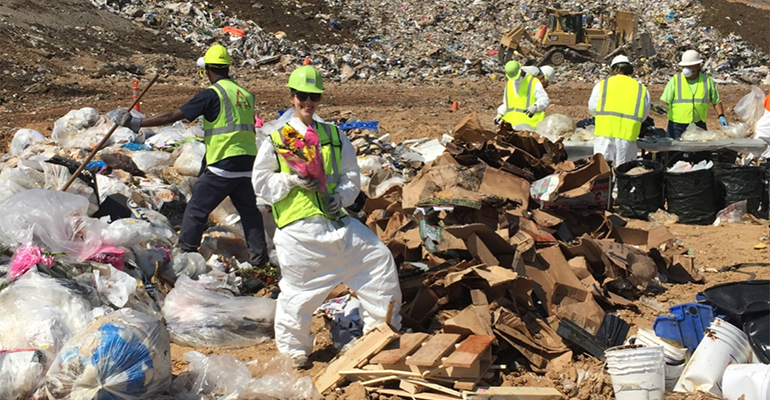 The Waste360 40 Under 40 award recipient opens up about her career, her focus on sustainability and what she thinks the future holds for waste and recycling.

Kristin Kinder’s passion for the environment started at a young age and flourished when she lived in Germany and saw what consumption there looks like. This growing interest in sustainability led her to have a successful career in the waste and recycling industry, where she built up experience working at Waste Management and ENGIE before recently helping to create her dream role as vice president of research and waste stream sustainability at Wastequip.

“Kristin asks intriguing questions, is committed to continuously learning and isn’t afraid to be exposed to the ‘dirtier’ parts of the industry,” says Martin Bryant, CEO of Wastequip. “Her ability to find common ground will allow her to focus on bettering today’s systems and waste streams and minimizing disruption and cost, while working toward an eventually circular model. I believe that Kristin’s commitment, education, passion and the platform she has built during her first 10 years in the industry make her a powerful agent of change, moving not just our industry forward but inspiring progress for our environment.”

Kinder was honored with a Waste360 40 Under 40 award this year, and we recently spoke with her about her career, her focus on sustainability and what she thinks the future holds for the waste and recycling industry.

Waste360: How did your career in the waste industry begin?

Kristin Kinder: Environmental issues captured my heart as early as kindergarten, and that was directly because of my teacher. That interest let me to study science in college, but what really sparked my interest in sustainability was living in Germany and seeing what consumption actually looks like.

I had heard the statistics about the U.S. compared to the rest of the world, and it didn’t really mean much to me at the time because I hadn’t been exposed to anything different. But when living with my host family in Germany, I really got a firsthand look at how they approached life and consumption, which was so much different than what I experienced in the U.S.

They had one car for four people, they used reusable napkins at dinner every night, they walked to the store and, overall, they consumed a lot less and were just as happy as we are. That’s really what prompted me to want to make a difference in the U.S. and inspire others to think differently about their choices.

When I returned to the U.S. from playing soccer and living in Germany, I knew I wanted to make a difference with sustainability, and I was fortunate to find myself at Waste Management. There, I got well-rounded exposure to the industry, and I really got to see how all the different pieces of the industry fit together.

After my time at Waste Management, I spent about three years working for an environmental consulting company called ENGIE. There, I spent a lot of time doing field waste audits and working in product management, which gave me more exposure to the business side of things.

I’ve now been at Wastequip for about a year, and what’s really cool is I worked with Wastequip to create my dream job. Working for this company has been nothing short of incredible, and they’ve helped me dream a bigger dream than I would have had for myself. I’m really excited about this opportunity and the foundation we’ve been able to lay in the last year, and I’m looking forward to seeing what the future holds. 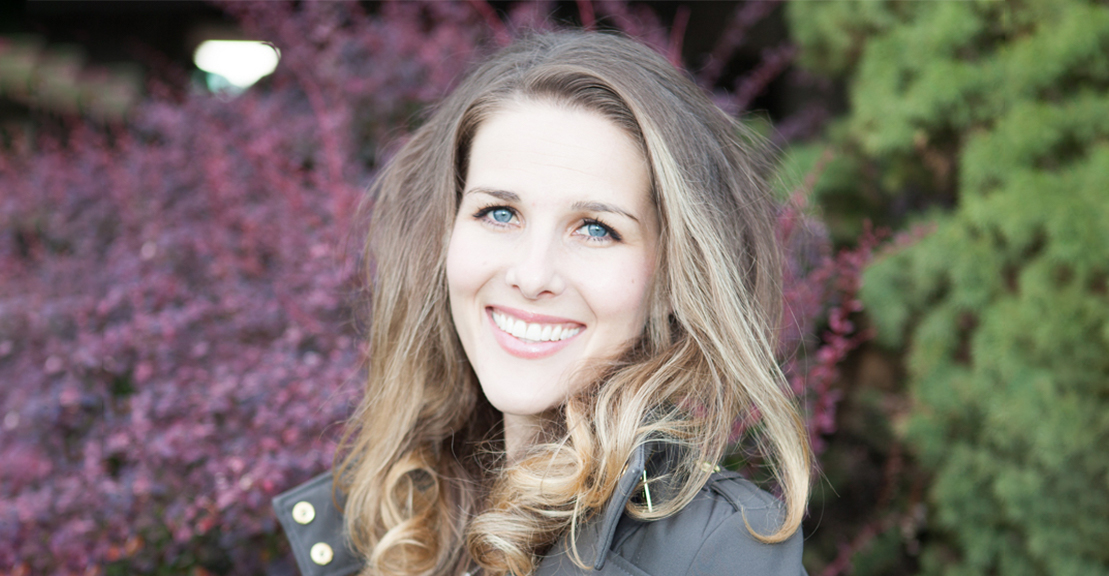 Waste360: You were recently promoted to vice president of research and waste stream sustainability. What does your role now entail?

Kristin Kinder: My job is to keep us connected to the industry and to help us see into the future. A good analogy, I think, is I’m the headlights of a car.

Wastequip is the leader in our market, with 43 patents. We’ve been developing products for a very long time, but our CEO noticed that insight into the future was missing and that we needed someone to identify what we should be developing. And that’s where I come in.

In my role, I pick different topics every year to focus on where I can bring good, quality information back to the company to aid in product development. The other piece of my role is the objective aspect, where I collect all this unbiased information and serve as a resource for the industry. I truly believe asking questions and sharing knowledge helps everyone.

When I first got hired, our CEO said, ‘Rising tides lift all boats, and there’s a lot we can do together.’ That is my mantra, so to speak, for the public-facing aspects of my job like public speaking events and writing articles, which also help me connect with others in the industry and be a better resource to serve the industry well.

Waste360: While working at Waste Management, you helped launch the company’s Recycle Often. Recycle Right. campaign. Can you tell us about that?

Kristin Kinder: For me, it was about harmonizing the social science and behavior with the tactical and technological side of the industry. We looked at recycling, and when you have materials that don’t have a strong market, it’s hard to get people to understand if those materials are recyclable or not. That isn’t a good system, and we aimed to change that by focusing our energy on the materials that are the easiest to recycle opposed to straws and other items that are difficult to recycle or non-recyclable. A good majority of our waste stream is basic recyclables, but we’re not capturing enough of them. 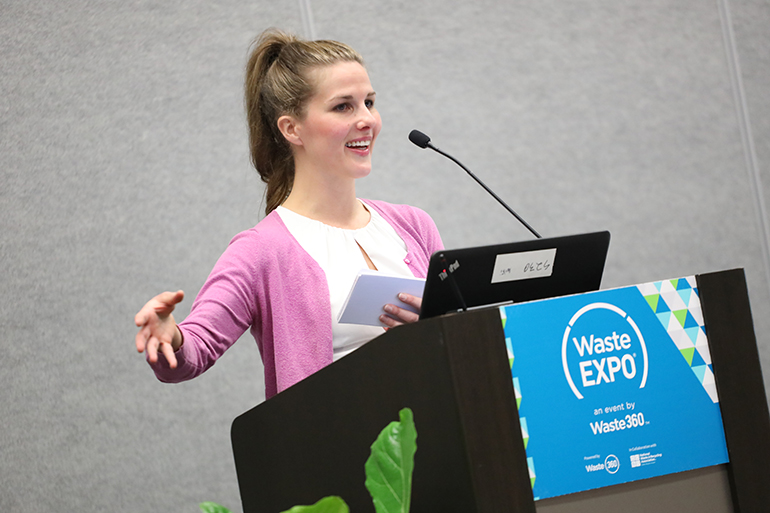 Waste360: You also helped launch the Seattle Think Green Recycling Challenge. Can you tell us about that?

Kristin Kinder: The city of Seattle requires their vendors and suppliers on the waste hauling side to do some sort of community engagement and education and outreach competition, so at Waste Management, we had to create a competition to meet that requirement.

We created our competition, and I worked on that for about three years. It was really exciting for me since I’m part of the Seattle community, but it was actually pretty tough to measure because the neighborhoods in Seattle don’t match the routing where we would get the data on how successful these communities were.

We worked with a number of different metrics to measure success. We started with diversion but ended up measuring waste volume per home to get a better handle on how communities were able to reduce their overall waste.

It was a great experience for me, and it was really cool to watch something grow and to see the impact waste reduction can have on communities and the environment.

Wate360: What is the most fun thing you’ve gotten to do in your career so far? The most challenging?

Kristin Kinder: Giving my TED Talk in Spokane, Wash., was definitely a very fun but welcomed challenge. I knew I had a platform to say something, and I knew people usually only remember one thing from a TED Talk, so I had to think of something that would be memorable and actually make a difference.

A lot of hard work went into preparing for the TED Talk, and I really have to say it was one of the coolest things I’ve done so far in my career. I loved being on stage and having an audience laugh with me, and I am really proud of myself for accomplishing something so challenging and fun.

The most fun thing about my career would have to be where I am right now. I get to spend my days asking questions and interviewing people, which feels very natural and fun. I would also have to say the waste audits I’ve done have been just as fun because I got to embrace the scientist in me and work closely with the people on the frontlines.

I’m always amazed when I do a waste audit because everyone is so welcoming while I’m completely messing with the one thing that companies’ success is judged on: efficiency. I have learned a lot by doing waste audits, but I’ve especially expanded my understanding of consumption and what society can do to really make a difference.

Waste360: Many companies are setting sustainability and zero waste goals. What advice do you have for them to ensure they are actually setting and meeting realistic goals?

Kristin Kinder: I am still very much in the learning stages, but I would say integrity is the most important; you need to understand what matters to your business, where you can make the quickest and easiest change and where you can make behavior changes. I also think patience is very important and understanding that changes won’t happen overnight.

When I worked at ENGIE, I noticed companies that had the patience to get their data and processes together had a lot more success in the long run and were better set up to make a change if they weren’t succeeding because they actually knew what was happening.

I think there’s such an appealing tendency out there to announce a lofty goal, and we’re certainly seeing a lot of that, but it really boils down to executing on that goal and making it happen. I think having patience may be like being the tortoise in the race, but that may just be what helps companies actually win and make a difference. 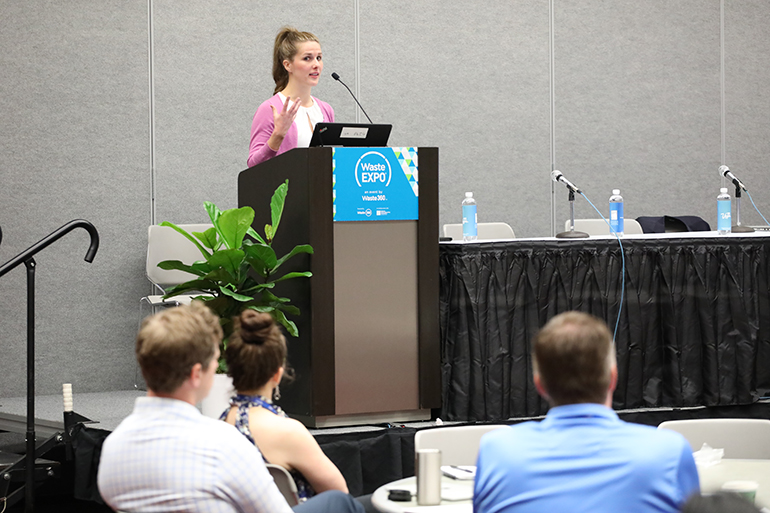 Waste360: What do you think the future holds for the waste and recycling industry?

Kristin Kinder: Although there’s some temporary change, and that’s important, I believe we’re building a stronger, healthier recycling system for the future.

Currently, we have great data from the U.S. Environmental Protection Agency and the Environmental Research & Education Foundation, but I think we can get a lot farther a lot faster if we had a national reporting requirement that other industries may have.

In addition, I think we should focus on terminology and making terms like recycling and reuse easier for consumers to understand so they can make better buying choices. I would love to see some sort of nutrition facts label for products that lists their lifecycle impact so consumers can be more aware of that, but I know how difficult it would be to execute something like that.

Waste360: What do you enjoy doing in your free time?

Kristin Kinder: I usually choose to work. With this job, I have so much fun that it’s actually becoming harder to separate my personal life from my work life because they’re merging into one. I also love attending country music concerts, playing soccer, running, skiing, gardening, traveling and picking blueberries.

Kinder was also recently featured on our NothingWasted! Podcast. Tune into the episode here.