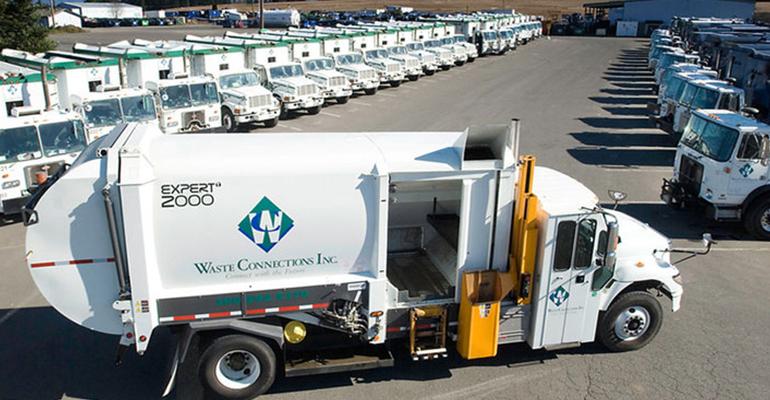 Revenue in Q2 2021 increased to $1.534 billion, up 17.5%, or from $1.306 billion year over year (YOY). Solid waste pricing, volume growth and recovering commodity values contributed to the company's success in the second quarter.

"Given expected continuing momentum and margin expansion from these trends position us to raise our full year outlook for revenue, adjusted EBITDA, adjusted EBITDA margin and adjusted free cash flow," he said.

Acquisition activity is anticipated to make 2021 an "outsized year." Waste Connections has secured 14 acquisitions to date totaling $115 million in annualized revenue. About $75 million of that is attributed to franchise operations in California, Nevada, and Oregon are expected to close later in 2021.

Jackman said, "we continue to see record amounts of seller interest driving elevated acquisition dialogue, and as communicated throughout the year, expect closings related to most of this activity to be more weighted to the second half of the year, which will provide further upsides, our increased outlook for the year and strong rollover growth into 2022."

Total core pricing rose 4.9%, up 70 basis points sequentially was above the outlook on higher core pricing of 4.7%.

"As a result of incremental price increases we have already put in place to offset certain cost pressures, reported volume growth of six and a half percent in Q2 reflected sequential provement of approximately 1000 basis points from Q1 and was led by those regions where markets were hardest hit during the pandemic, including the Northeast U.S. and Canada," Jackman said. All regions showed sequential improvement from Q1 and all reported positive volumes in Q2."