Looking Back on 25 Years of Solid Waste Research and Education 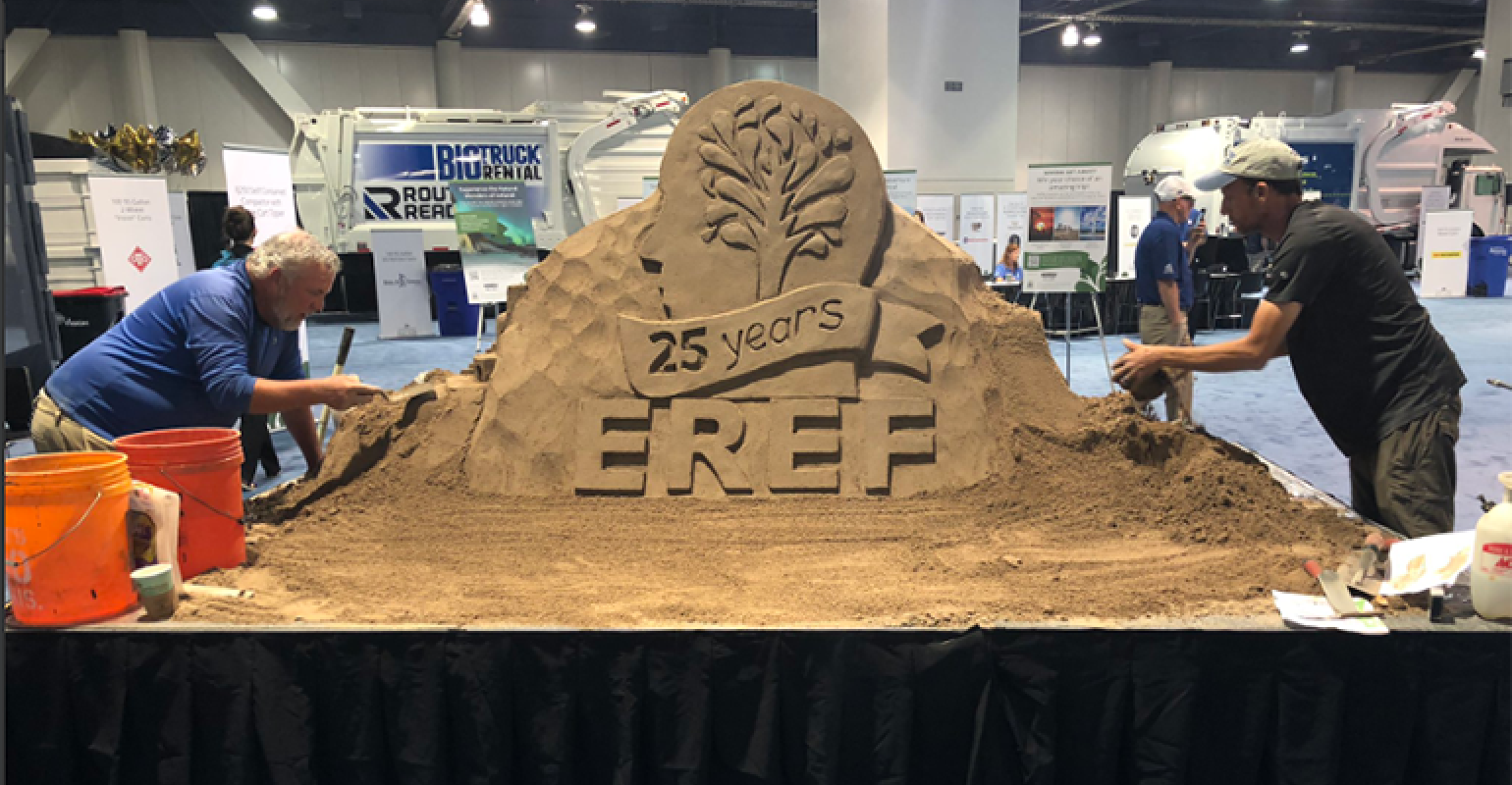 The Environmental Research & Education Foundation celebrates its 25th anniversary in 2019.

Over the past 25 years, the Environmental Research & Education Foundation (EREF) has grown and positioned itself as a key resource for solid waste research and education, an achievement that would not have been possible without industry support.

The foundation emerged from the industry’s need for a source of empirical science that would improve waste management practices. Operating under the Environmental Industry Association (EIA), the organization was originally called the EIA Research and Education Foundation. However, in 1998, the Board of Directors, recognizing the need to ensure credibility and objectivity for an independent organization, voted to break away from the EIA, renaming it the Environmental Research & Education Foundation. 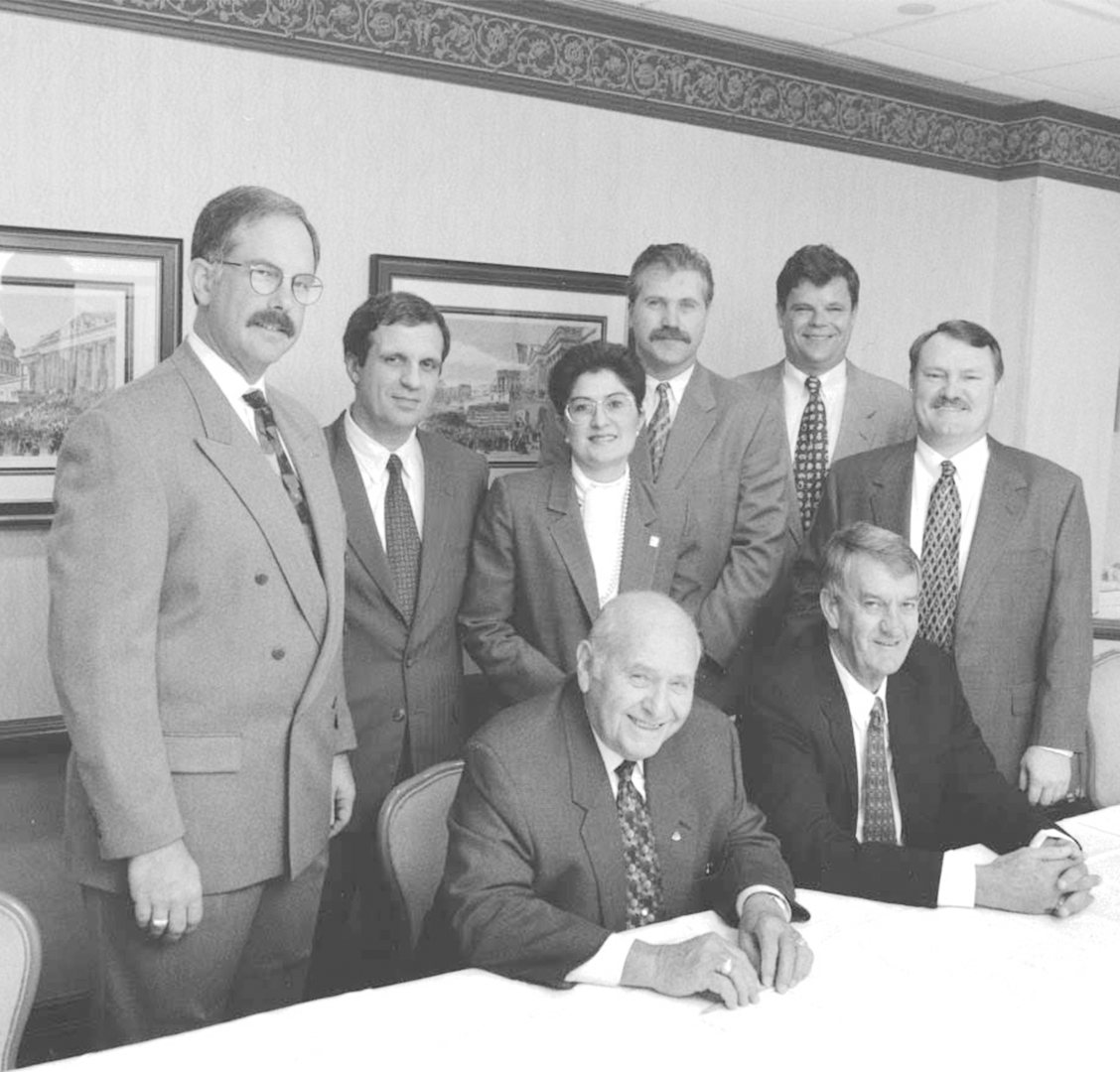 How has Industry Support Allowed the Foundation to Grow?

In 1995, the foundation funded its first research grant project, Landfill Emissions Lifecycle Analysis, with the goal of taking a holistic look at the environmental impact of industrial systems. This inaugural project went on to receive several awards and honors, including best technical paper at the Seventh International Waste Management Symposium.

Since this first grant, EREF has funded more than 100 projects, totaling more than $13 million. In 2007, EREF established its Research Council, a committee of solid waste technical experts, to help the board identify areas of research most beneficial to the industry.

In order to address research gaps and industry concerns, the foundation issues targeted requests for proposals, such as last year’s focus on recycling and this year’s focus on per- and poly-fluoroalkyl substances (PFAS). Key research out of EREF’s Research Grants Program includes an evaluation of post-closure care methodology and a project near completion that aims to understand and predict temperatures in municipal solid waste (MSW) landfills with a focus on elevated temperature conditions. 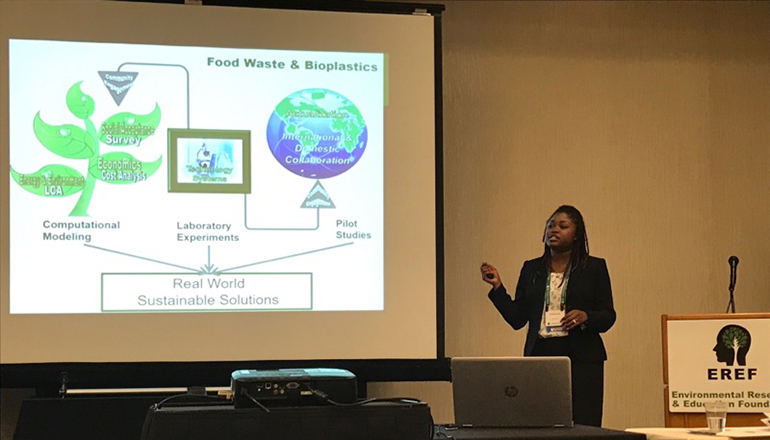 As the foundation grew, EREF established the Data & Policy Program (D&P) with the goal to gather and analyze data related to industry issues and release results in the form of reports. The program has since released 10 reports related to landfill tipping fees, liquids disposal in municipal solid waste landfills, anaerobic digestion and more. A key study from the D&P estimated U.S. MSW generation, making it a valuable comparative data set alongside the U.S. Environmental Protection Agency’s longstanding “Facts and Figures” reports.

In 2011, EREF developed its Education Program as a means of disseminating the latest, cutting-edge research on hot topics through online courses, webinars and in-person summit meetings. Since the first summit, these research and networking-driven events have grown substantially, as the industry recognizes them as the place for the latest scientific content. EREF also has been a key partner in the Global Waste Management Symposium, a technical conference focused on waste issues, and has coordinated its program over the past decade.

Additionally, the D&P hires undergraduate assistants to gather and summarize data, providing them with needed experience and encouraging them to pursue a position in the solid waste field after graduation.

In 2017 and 2018, the foundation launched two new efforts: The Internship in Excellence Program (IEP) and the Municipal Solid Waste eTextbook. The IEP connects waste industry companies seeking summer interns with students searching for internships. The intent is to inspire an interest for the solid waste industry and bring in fresh talent. Read about two student’s perspectives on their IEP experience: Oksana Bihun and Leticia Nocko. The MSW eTextbook features 10 interactive modules that outline all aspects of MSW management and is focused on ensuring that professors and instructors at academic institutions have access to timely and accurate content on how waste is managed.

How has EREF’s Annual Charitable Auction at WasteExpo Grown Over the Years?

It all started in 1994, when Leach Company donated two refuse bodies to EREF. That move sparked the idea of having a donated equipment auction at WasteExpo, and at WasteExpo 1995, that idea was put into motion.

“The auction began as the Refuse Equipment Auction, and initially, it was only a live auction consisting of 12 items,” says Bryan Staley, president and chief executive officer of EREF. “In the mid-2000s, EREF trialed a silent auction for a couple years, and in 2011, the silent auction was fully instated, becoming a staple of the EREF Auction and a chance for more companies to get involved with the foundation.” 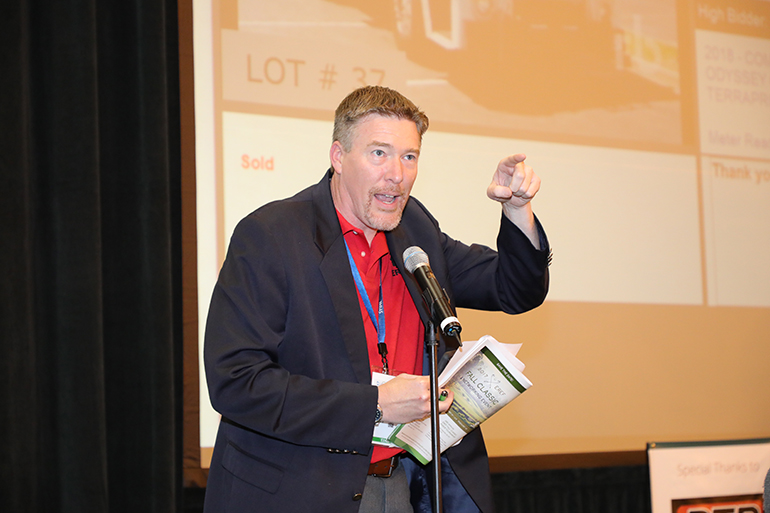 “What started as a donation of two refuse bodies and an idea has become the largest fundraising event for the foundation, raising more than $19 million in support of solid waste research and education,” states Staley.

The funds raised during the auction cover operating costs and provide substantial support to its six programs: Research Grants, Scholarship, Education, Data & Policy, Internship in Excellence and the MSW eTextbook.

“EREF’s programs would not exist without the financial means to support our efficient and competent staff,” comments Staley. “Proceeds from the auction are also used to cover various costs that make the foundation ‘go.’ The auction in particular has been a keystone event that has allowed EREF to become a four-star charity on Charity Navigator, an organization that rates the effectiveness of nonprofits in accomplishing their mission.”

Over the years, the auction has had many memorable moments like donors surprising auction attendees by donating a second item in the spur of the moment to the next highest bidder, but one that keeps coming back year after year is energetic auctioneer Gary Seybold of Ritchie Brothers. Each year, Seybold entertains auction attendees with his jokes and impressive auctioneering skills. 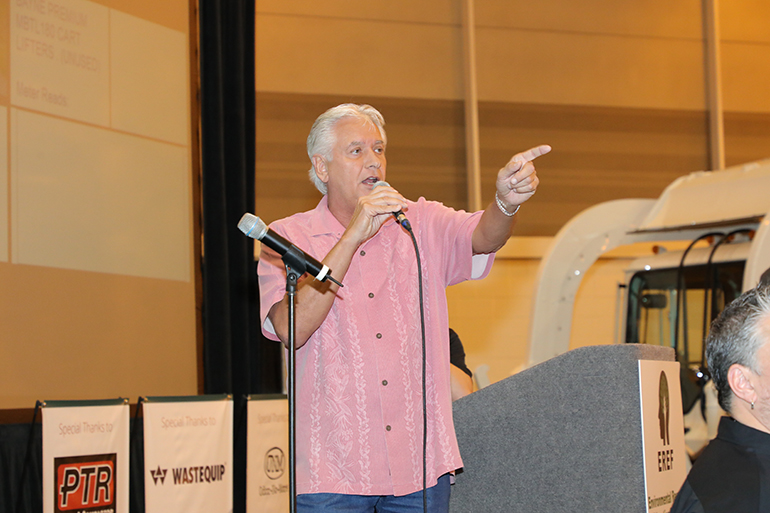 While those moments are ones for the books, the most surprising aspect in EREF’s view is simply that more and more bidders are making the auction part of their WasteExpo experience by buying items in the auction, says Staley. By doing that, the bidders help spread awareness of EREF’s mission to fund and direct scientific research and educational initiatives for waste management practices to benefit industry participants and the communities they serve.

This year marks the 25th anniversary of EREF’s Auction at WasteExpo, and it’s expected to be an exciting, fast-paced event in a relaxed atmosphere. The silent auction will begin at 10 a.m. PT on May 7 and end at 3:30 p.m. PT on May 8. To participate in the silent auction, bidders can text EREF19 to 52182. The live auction will be held on May 8 at 3:30 p.m. ET, following an open bar reception in the EREF booth (#5034) beginning at 3 p.m. PT.

In addition to the auction, EREF is collaborating with Waste360 to hold a recycling workshop at WasteExpo entitled "Recycling Myths, Legends and Pseudoscience: Understanding Objective Realities in Materials Recovery." The workshop, which is being held May 9 from 8:30 a.m. to 12:30 p.m. PT, takes a look at why we recycle, the misconceptions and what the latest research says about the environmental benefits of recycling.

“At WasteExpo, attendees will also have the chance to meet 2018 EREF Scholar Chad Spreadberry, whose Ph.D. work at the University of Florida aims to further expand the beneficial use of waste-to-energy ash as roadway construction aggregates,” says Staley. “We have a lot going on at our booth, including a fun and eye-catching display, so we invite all attendees to stop by our booth and say hello.”

“In 2019, EREF’s largest grant project will conclude,” states Staley. “The goal of this study, initiated in 2014, is to understand and explain why some landfill temperatures become elevated.”

EREF’s mission has made a tremendous impact thus far to solve and inform complex issues related to solid waste management. Additionally, the foundation has grown to be the largest source of student support via internships and scholarships across North America related to solid waste. In appreciation of its donors and supporters, EREF cordially invites you to join the foundation for a number of networking and fundraising events throughout the year.