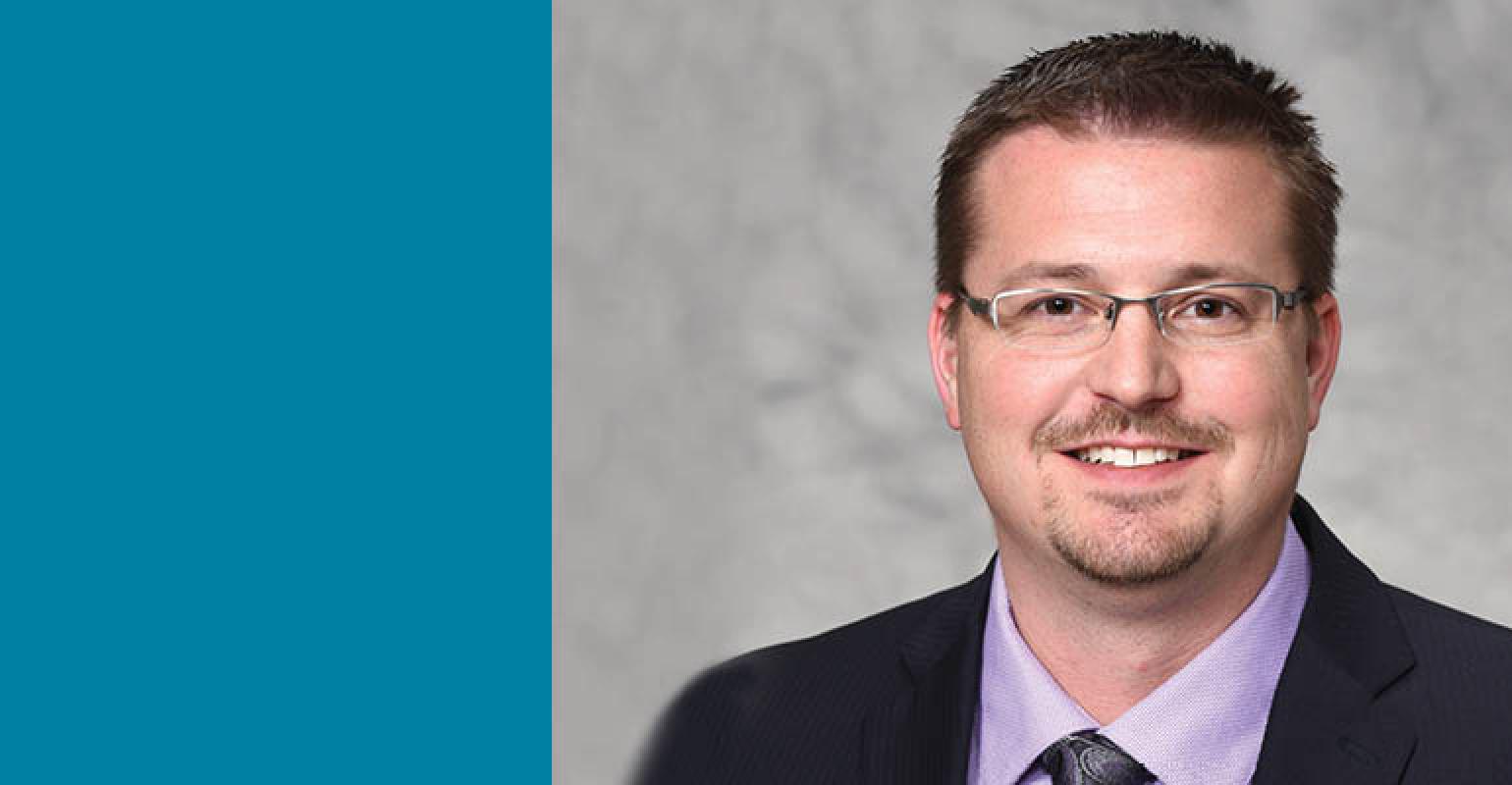 Waste360 recently spoke with McKay about what he has experienced working in both the U.S. and Canada and how he has helped the City of Toronto make the switch to renewable natural gas.

Jim McKay, general manager of solid waste management services for the City of Toronto, found his way into the field more than 15 years ago when he discovered a passion for solid waste and recycling at a job offered to him following his participation in a co-op program.

Since joining the industry, McKay has built up his knowledge and experience while leading groundbreaking waste management projects in both the U.S. and Canada. McKay worked as a consultant for companies like Earth Tech, Santec and HDR before moving into the public sector a little more than a year ago when he took on his current role with the City of Toronto.

In addition, McKay sits on the boards of the Ontario Waste Management Association and the Regional Public Works Commissioners of Ontario, where he works with municipalities, haulers, processors and collectors on areas like collection services and regulatory issues.

Waste360 recently awarded McKay with a Waste360 40 Under 40 award and spoke with him about how he has handled the transition from private consulting to the public sector, what he has experienced working in both the U.S. and Canada and how he has helped the City of Toronto make the switch to renewable natural gas.

McKay is also speaking on the Smart Cities with a Solid (Waste) Plan spotlight session at WasteExpo in New Orleans on Wednesday, May 10 at noon.

Jim McKay: It was pretty much by accident. I was studying at Brock University to be a teacher, and in my fourth year of university, I entered a co-op program and was offered a full-time job at Earth Tech coming out of that. I had to decide whether or not to take the full-time job or go back to school for my master’s degree, and I decided to take the job.

In that first consulting role, I got exposed to a bunch of different programs like transportation, waste water and solid waste, and I really started to enjoy some of the solid waste work I was doing so I took that route and have been in the industry ever since.

Waste360: You recently transitioned from private consulting to the public sector. Since making the switch, how have you had to adjust?

Jim McKay: I love the public sector, but it’s a fundamentally different position for me to be in. I find that I keep trying to introduce best practices I have learned in the private sector into the public sector because there are opportunities for improvement on both sides. I think my contractor background has helped me to understand what some of the opportunities are for improvement on the public side, but overall it’s very different.

In my current role, I have been able to change some of the business practices that we have here in Toronto, such as how we structure contracts. I spend a lot of time working with the mayor and members of council on various initiatives, and I also work closely with the media to address concerns when they come up.

The one thing I have really enjoyed about making the switch over to the public sector is being able to see something through from concept to implementation. With consulting, I was getting involved with projects, but I never really got to take the reins on anything. With the public sector, I really get to drive concepts through to full implementation, which is very rewarding and something that I felt I was lacking when I was on the consulting side of things. I don’t know if I will ever go back to consulting; right now I am enjoying being in the driver’s seat of some initiatives.

Waste360: How have you helped the City of Toronto make the switch to renewable natural gas?

Jim McKay: A number of years ago, we invested in developing anaerobic digestion facilities for our green bin program, which provides residents with weekly curbside food waste and organics collection services. Now, we are in the process of establishing the technology to clean up the biogas from those anaerobic digestion facilities so that biogas can be injected back into the pipeline to fuel our fleet.

We made a fairly significant initial investment with the price of compressed natural gas trucks being more expensive, but the long-term savings made it worth it for us to make the switch. Our big advantage was having those anaerobic digestion facilities already built. If we were going to build the facilities now in addition to making upgrades to our fleet, the situation would be a lot harder to be in.

Waste360: You have worked with municipalities in both the U.S. and Canada. Tell us about your experiences working in both countries.

Jim McKay: I think there are different drivers wherever you go. In Canada, the extended producer responsibility fundamentally changes how we manage waste and gives us access to opportunities that a lot of communities in the U.S. wouldn’t have.

The availability of our revenue streams, for example, is driving a lot of the innovation in Canada because it’s more financially viable up here than it is south of the boarder and communities are more accepting of different concepts. But, again, it depends on where you are located because we have some areas in the north where it’s not financially viable to even have a recycling program right now.

As of late, we are seeing different climate change policies with a new government in the U.S., which is encouraging investment in green energy from anaerobic digestion facilities that are managing materials from the green bins. We have very few good examples of waste-to-energy (WTE) facilities in Canada because it has been so taboo for so long, but down in the states it’s much more common because it’s often part of an integrated waste management system.

I have worked on both sides of the boarder for a number of years, and I have noticed that there are greater linkages in the north and south into the U.S. then there are in the east and west across Canada. For example, Vancouver has much more in common with communities in California than it does with Toronto. There are a lot of examples of these linkages, but that’s one that sticks out the most because the cultures are very similar.

Waste360: What changes have you seen since joining the industry more than 15 years ago?

Jim McKay: I have seen a lot of changes. Within the last five years, I have seen the entire industry shift from the concept of just managing waste to managing resources. There is value in the materials that we are collecting, and even though most residents and customers view the materials as garbage, the industry as a whole is starting to come up with new ideas for using waste as a resource.

The industry is also starting to explore the concept of a circular economy by looking at ways to minimize the amount of waste being produced and working with packaging companies to come up with new ways to reduce that waste, which is often difficult to recycle, reduce or reuse.

As an industry, we rely heavily on the funding and revenue that comes in from the commodities. And recently, the commodities prices have fluctuated a lot, but the producers of packaging materials are starting to take over more of the financial responsibility for the material, which helps us out. Ultimately, we are trying to get packaging producers to develop products that can be recycled and that will have a value at the end of their lives, and as much as it pains me to see the commodities prices dropping and fluctuating, in some cases those changes are driving the changes in packaging design, which is a good thing for the industry.

In addition to that, the role of the solid waste department has completely changed over the last 15 years, and I predict that it will change fundamentally over the next 10 to 15 years.

Waste360: What are some of your current goals?

Jim McKay: I really want to be able to make a difference in the industry. If the City of Toronto can lead by example, I think there will be a lot of other municipalities that will follow suit. A lot of municipalities can’t take on certain initiatives by themselves, but they can certainly follow another municipality that has taken the first leap.

I am looking forward to taking the reins on some of the newer reduction- and reuse-type initiatives, such as the use of renewable natural gas. I want to drive those efforts over the next few years to help transform our solid waste division into a forward-thinking division that explores how we can improve waste management in the next 30 to 50 years.

Waste360: What advice do you have for the next generation of industry workers?

Jim McKay: One of the best things about this industry is that the people are great and helpful. As a young professional working my way up through the years, no one really cared how old I was, which was fantastic. I have learned that if you put in the effort, do what you love to do, work hard, surround yourself with good people and build up a network of resources, you can be really successful in this industry as a young age.

There are a lot of opportunities in this industry and as much as we are all garbage guys or girls at the end of the day, it’s not all about waste; it’s about energy, resources, packaging, recycling and so much more.

I think the most important thing, though, is to find those go-to people who you can talk to, trust and seek advice from. I have been fortunate enough to find some great leaders and mentors to help me shape my career, and I would highly recommend that others do the same.

Also, get involved! Organizations like the Solid Waste Association of North America and the National Waste and Recycling Association offer great opportunities to meet people and get good training.