From Intern to VP: Alemzadeh Builds Career in Waste and Recycling 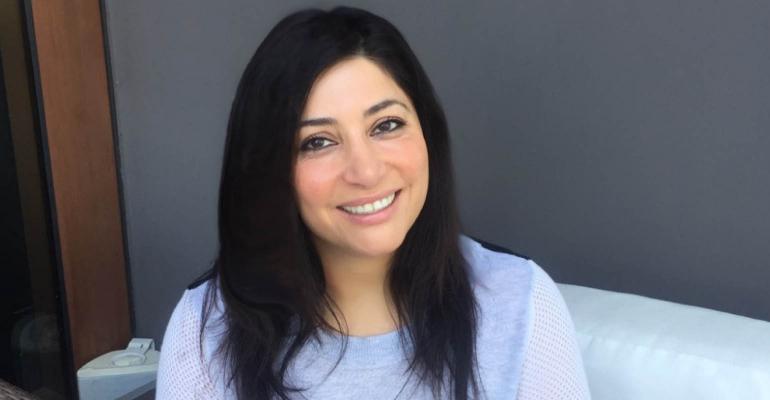 Waste360 sat down with Yasi Alemzadeh, Waste360 40 Under 40 award recipient and former vice president of customer success for the AMCS Group, to discuss her career and the future of technology in waste and recycling.

Yasi Alemzadeh began her career in the waste and recycling industry as an intern with the Ireland-based AMCS Group, which also has locations in North America. She worked her way up the ladder into management, through two company acquisitions, and has developed the strategy for building two new departments within the organization.

“Yasi started in the waste and recycling industry when she was a student at University California, Irvine studying computer science. Even then, she was one of very few women in a typically male-dominated area,” says Brad Sovich, previously vice president of product management and sales engineering for AMCS, now CEO of Dumpster Market. “When she started in the industry, the number of women were few and far between, yet Yasi persevered and challenged everyone with her knowledge of technology, the industry and people—eventually earning well-deserved respect by her industry peers and management staff.”

As the vice president of customer success at AMCS, a technology company that specializes in software solutions for the waste and recycling industry, Alemzadeh created the department she was heading up.

“Yasi created the new marketing department in 2010 and remained solid during the second acquisition by AMCS Group in 2013,” says Nancy Byrne, director of marketing in North America for AMCS. “She has since launched our newly created customer success organization in 2017. All this hard work has led her to a very unique and important position as vice president of customer success. This customer success function within an organization is a big differentiator as many software/tech companies do not have this; especially in the waste and recycling industry. Customers have always been top priority for Yasi and this is the perfect fit as she remains a trailblazer.”

Waste360 sat down with the Waste360 40 Under 40 award recipient to discuss her career and the future of technology in waste and recycling.

Yasi Alemzadeh: I was at University California, Irvine obtaining a degree in computer science and was looking for an internship in technology. I was working as a bank teller while in school and a customer that regularly visited the bank mentioned that he worked as a software developer. I had no idea what type of technology company it was, but I had an interest in building my knowledge of technology and computers. I mentioned that I was looking for an internship and that I’d even be willing to do it unpaid. Next thing I knew, I had an interview lined up. I learned it was a software company specializing in the waste industry, and with no background, I had no idea how or why waste companies would use technology. I started at the ground level—basic administration, handling some technical support calls and logging cases. I soon became a development intern and began really delving into the industry to understand the needs, where things didn’t flow so well and specific areas that a tech solution would really improve how companies operate. The rest of my career path has built off of that start, helping waste, recycling and related industries maximize the use of technology to improve their operations and business.

Waste360: Describe your previous role as VP of customer success for the AMCS Group.

Yasi Alemzadeh: I’ve held many roles over my career in the waste industry, but the most recent was VP of customer success, which came about because of the push toward Software as a Service (SaaS) solutions. My team had the responsibility to ensure that customers utilizing our software and technology solutions were seeing the maximum value out of our systems. It’s all about reaching out proactively and understanding how to help them use our solution in their unique operation. Doing that well made it easy for us to create long-term, happy customer relationships.

Customer success was and is still a new concept in the technology world—but bringing it into the technology space for waste was very innovative, and quite frankly, AMCS Group was the first to do this out of all the competitors. I believe it gave us an even stronger position with waste and recycling companies looking to either grow with technology or begin using technology for the first time. Customer success allows for the customer to have a true voice and see maximum value in all solutions as it relates to their unique business practices.

Waste360: What do you consider your biggest achievement within the industry?

Yasi Alemzadeh: Ultimately what I am most proud of and what I still consider to be my biggest achievement in the industry is the fact that not only did I start a very young age, but I was also a woman in a male-dominated industry. Starting out at that young age was trying at times because there was little respect for what a woman could actually do, but also what technology could do. While waste and recycling is not very complicated, most would be surprised that there are some unique business practices, and, often times, it’s not as simple as just picking up a container/bin. Technology in general seemed to be an afterthought for many years. And while now most companies utilize technology to increase productivity and overall efficiencies, this was not always the case. A young woman in her 20s pushing technology that seemed taboo for many at the time is my biggest accomplishment, and I’m very proud of the number of women that have since entered the industry.

Waste360: How can technology and a circular economy impact the industry?

Yasi Alemzadeh: It’s interesting because technology and the circular economy are very similar to customer success in the sense that it’s all about extracting maximum value. Specifically, though, technology and the circular economy as it relates to the waste industry will and is having a huge impact already. The way waste companies are now thinking is more about a resource and recovery type organization than traditional waste. Repurposing materials and having a positive impact on the environment has become more important, and the use of technology will be a huge driver in this shift. Technology will be enhanced to keep up with a circular economy, which could potentially bring about new technologies within the industry—the future is limitless! Resources are valuable, and the shift to doing something with those resources will impact a new shift in technology solutions that are available; recycling does play a small role (as does the technology for recycling) but this is not the solution and still very linear. I see big things happening as we move toward a circular economy and how technology will help to change toward that culture.

Waste360: What are some exciting opportunities that you see opening up within the industry?

Yasi Alemzadeh: Being that my background is technology, it’s only natural that I see this trend continuing. Technology within the waste industry and any related industry has expanded so much over the last decade alone that I only see continued growth from here. The future of autonomous vehicles and focus on driver safety, just to name a couple, will all be key drivers to the future of the industry and how technology is used to help with driver safety, overall operational and business efficiencies and reduction in overall costs.

Waste360: How did you come up with the idea of creating a customer success organization at AMCS?

Yasi Alemzadeh: The evolution of SaaS solutions gives customers a better way to adopt and deploy technology. It requires fewer internal IT resources and lets them scale based on operational needs. And frankly, it makes it easier to switch when a supplier isn’t working out. For suppliers to be successful, it has become imperative to make sure customers know how to get the most from the solution and recognize the contribution it makes to improve the business. Recognizing this, AMCS chartered the creation of the customer success organization to stay as close as possible to our customers.

I began by attending webinars, reading white papers and doing very thorough research on the concept of customer success after speaking with a supervisor who had worked with a customer success team in his previous role. I began doing the research to see how to shift from a traditional account management structure to a pure customer success model and ran with it with the support of my executive leadership and management teams.

Waste360: How does this organization differentiate AMCS from other companies?

Yasi Alemzadeh: It gives AMCS an incredible feedback loop that gives amazing input to everything from usability of our solutions in market to ideas that we can embed in our future releases that help us meet new or evolving needs. It also yields stronger relationships that help us withstand competitive pressures. While it was slow to start initially because of the need to change mindset and culture both internally and externally with customers, it was ultimately an extremely valuable differentiator for AMCS as the leading solutions provider within the waste and recycling industry.

Waste360: What is your role now at EROAD and when did you get hired there?

Yasi Alemzadeh: After having been in the waste industry for over 17 years, I was recruited by EROAD, a technology provider to the trucking industry. In many ways, it’s a similar situation I faced in the waste industry. New technology is enabling incredible efficiencies and improving safety. But in many cases, transportation companies and their drivers are trying to figure out how to get the most value from the technology while having to meet compliance deadlines and dealing with new regulations in the office and on the roadways. EROAD brings incredible expertise to the market and our solutions solve problems that others don’t.

Waste360: What advice do you have for someone who is looking to make a career for themselves in the waste and recycling industry?

Yasi Alemzadeh: My advice is don’t let yourself be intimidated and immerse yourself in all aspects of the industry. That’s how you will learn and grow within the industry; by truly exposing yourself to all areas—even the ones that are undesirable! That is where you will gain not only the experience but respect from industry members; most of whom have started at the bottom and built themselves with a strong foundation of experience.