Insights from the Corporate Growth Conference 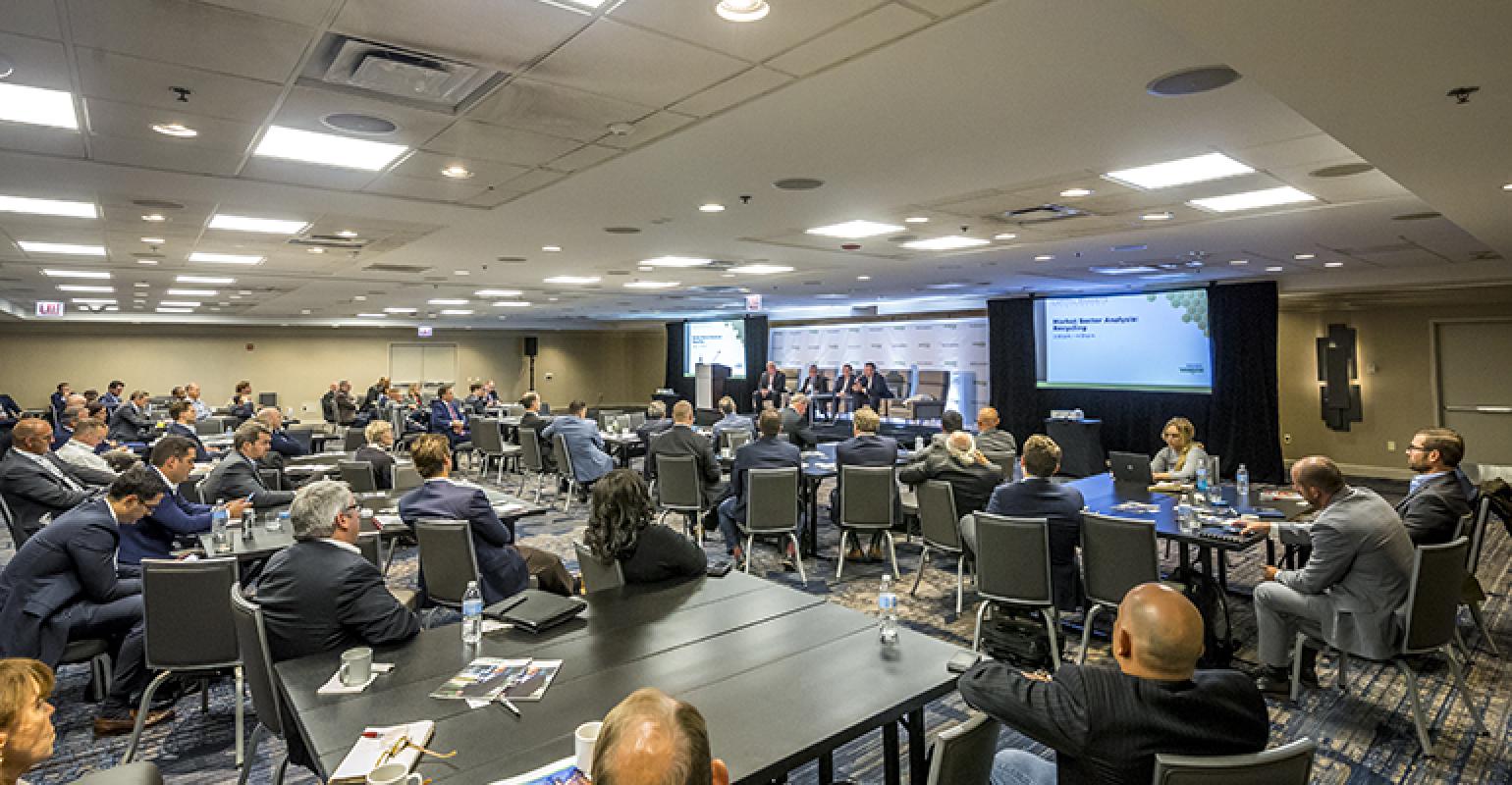 In this month’s edition of Business Insights, we share some of the insights we gleaned from the Corporate Growth Conference in Chicago.

The Corporate Growth Conference, which was sponsored by Waste Today, was held in Chicago on November 18 and 19. The conference’s focus was on mergers and acquisitions (M&A), financial metrics and financing and technology and was primarily geared to private haulers looking to enhance their companies’ value or potentially sell their businesses. In this month’s edition of Business Insights, we share some of the insights we gleaned from the conference.

Maximizing the Value of a Business

The opening keynote of the conference featured Jeff Kendall, managing director of Laurel Mountain Partners, who has built, operated and sold numerous businesses in the solid waste and environmental services sectors. He discussed the attributes that enhance value in a business.

First, he stressed the more obvious—consistent growth in EBITDA and margins and high free cash flow—and noted these are driven by a sustainable and defensible market position and good equipment, among other factors. He also noted that an EBITDA margin of less than 20 percent does not produce sustainable cash flow and that pushing price is key to higher margins.

He then talked about less obvious and, as he saw it, often commonly neglected means to build value, namely safety and maintenance programs. He stressed that these are fairly easy and relatively inexpensive to institute and generate tremendous returns. Lastly, he noted the importance of corporate structure—it is much more advantageous to have a pass-through structure, not a C corporation.

In a panel discussion, “Understanding Business Valuation,” moderator Effram Kaplan, managing director of Brown Gibbons Lang and Company, noted the industry has enjoyed six straight years of increasing valuations and that transaction multiples are at historical highs. The panelists, who came from environmental services companies large and small, noted that the solid waste market was still somewhat fragmented and enjoying high levels of M&A activity, but that expansion into adjacencies, such as energy waste and industrial services, was becoming more typical. These areas generally remain more fragmented than the traditional solid waste business, while offering an ability to “complete the puzzle” and provide one-stop shopping to customers.

All the panelists agreed landfills are here to stay and increasingly valuable, which drives acquisitions in the front end to feed the facilities, including volumes from related adjacencies. In closing, the moderator addressed the question: “Are valuations crazy or just elevated?” He noted current valuations are underpinned by underlying macro factors—strong consumer and business balance sheets and the upcoming transfer of wealth from baby boomers to millennials.

In a session focused on M&A, the valuation discussion continued. Panelists noted that double-digit transaction multiples are now typical, and single-digit multiples have become the rarity. Elevated multiples were attributed to low interest costs and increased leverage tolerance and availability, combined with continued economic and industry growth. A number of panelists noted that an investor has to believe these factors will continue to get comfortable with current valuations. That said, the panelists generally agreed they don’t see a M&A slowdown and still see consolidation opportunities. It was noted that platform company multiples were very high, but that there were still lots of opportunities in tuck-in acquisitions and subsectors.

Echoing the prior session, a number of speakers noted the greater fragmentation in adjacencies, particularly water and wastewater treatment and industrial liquids, the latter more typified by GFL Environmental’s business mix. It was also noted that the large strategic players were now more interested in these spaces than in the past, which may indicate a lessening in solid waste opportunities. There is no question, however, that M&A activity will remain a key part of companies’ strategies. In a sector that is still considered relatively low growth (though steady), M&A activity is a necessary supplement to drive the mid-single-digit growth that many companies target.

A panel of bankers and private equity players discussed various aspects of raising capital in the industry. While again noting the high valuations in the industry—estimated to be up 20 percent over the last several years—these players pointed to the attractive attributes of the space, including the recurring and durable revenues and more muted cyclicality that allows private equity investors to hold these investments longer. Also, it was noted, and echoed, by several players that individual companies and the industry as a whole are much better run and generally in much better shape than they were a decade ago. When the panel was asked what risk factors they focus on, safety and market position (i.e. vulnerability to changing disposal dynamics) were stressed. Interestingly, though, recycling was also mentioned as a risk factor; the fact that it is an industrywide issue that is prompting changes in recycling pricing and how the service is contracted was viewed as a long-term positive.

Of greater concern (and this was also repeated across several sessions) is the increasing use of “pro forma adjustments” to enhance the EBITDA of prospective sellers and thus their potential valuations, which was viewed as an increasing risk factor for the buyer. Typical “adjustments” can include anticipated headcount reductions, assumed acquisitions, price increases, new customers/routes and the like. Somewhat surprisingly, the emergence of greater technology usage in the industry was not viewed as a major threat to smaller, private haulers. New routing software and the increased use of GPS, and particularly cameras, are all accessible and affordable for small haulers, enabling them to be competitive. The emergence of big data utilization may pose a larger problem, however, in terms of competitive position. Panelists generally saw new technologies as helpful, not disruptive, given the above-mentioned tools, as well as robotics in materials recovery facilities. Zero waste solutions and technologies were viewed as coming, but still years away, reaffirming that landfills are here to stay, panelists’ opined.

Tech on the Street

The conference contained two sessions on technology—from both the operator and technology provider perspectives. From an operator perspective, it was again noted that innovations in the cab and preventive maintenance programs were not prohibitively expensive for small haulers and provided high returns and quick paybacks in the areas of safety, insurance and operating efficiency. Big data was noted as the next step for small haulers, as it had not yet been widely embraced.

From the perspective of the technology providers, the solid waste industry represents a huge opportunity. It was noted that though this industry is capital intensive, it is way “underspent” on technology. Data usage was characterized as still minimal, and heavily manual operations such as recycling were noted as large opportunities. In a myth busting answer, one panelist said the current belief is disposal and labor expenses really can’t be changed. However, with radio-frequency identification and smart cameras in containers, the cost structures can be lowered, in the form of better weight measurement, timing of service and contamination alerts (with the resulting fee opportunities). Another area of potential noted was better analysis of the lifetime value of the customer—customized service and the ability to order online lowers churn and allows for higher pricing.

Lastly, in an industry that has been characterized by consolidation for decades, multiple databases are a frequent issue and another opportunity for greater efficiency when addressed with improved back office technology.