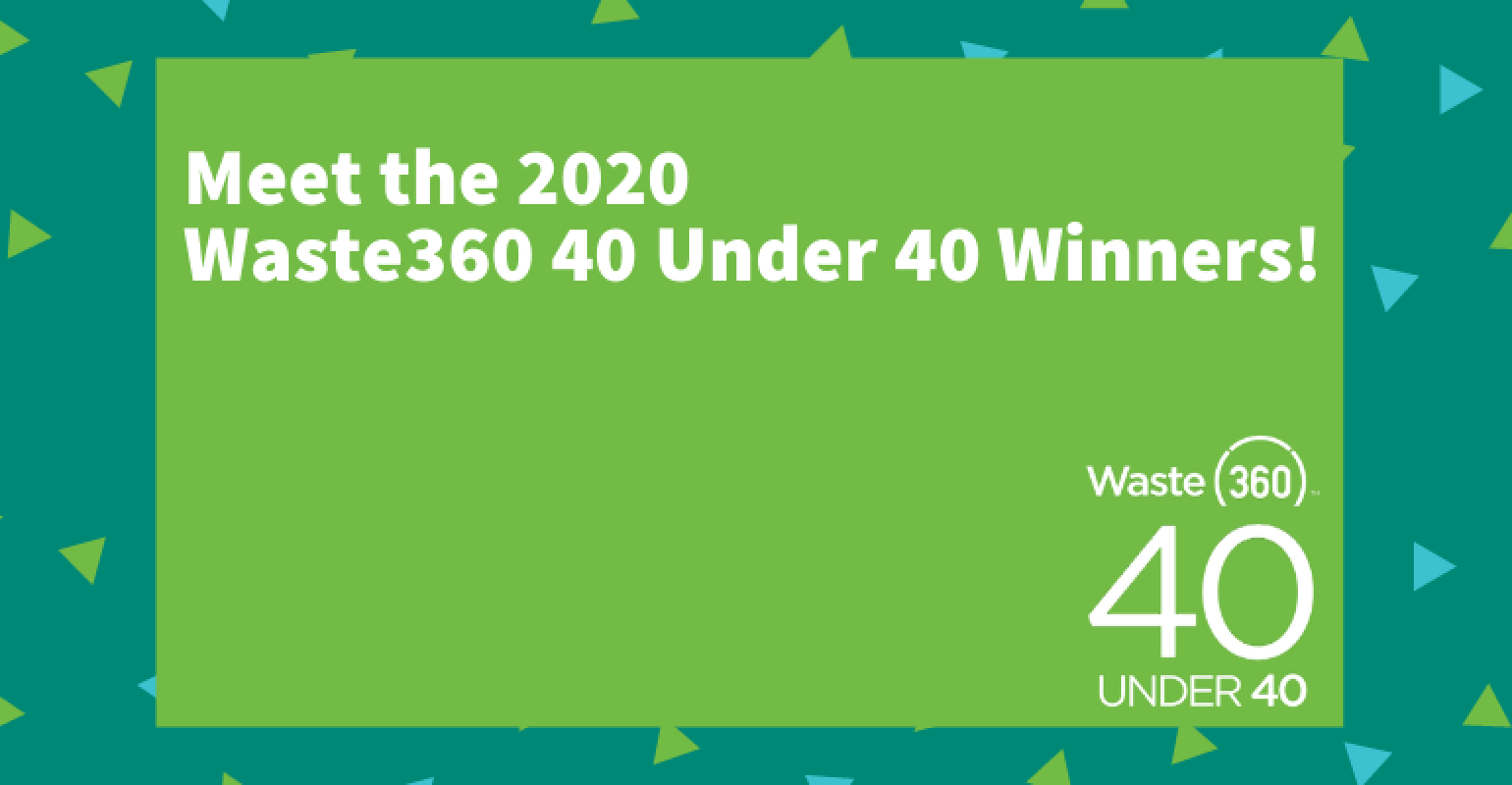 Start Slideshow ›
A look at the class of the fifth annual Waste360 40 Under 40 awards.

Waste360 has announced the winners of its fifth annual 40 Under 40 awards, which recognizes inspiring and innovative professionals under the age of 40 whose work in waste, recycling and organics has made a significant contribution to the industry.

This year’s winners are involved in every part of the waste and recycling industry, including haulers, municipalities, composters, recycling professionals, policymakers and product suppliers.

New to the 40 Under 40 awards this year is the Waste360 Changemaker Award, which recognizes leaders who are creating real, meaningful, positive change for the waste, recycling and organics industry. Ryan James Hickman, president of Ryan’s Recycling Company, has been honored with the first-ever Waste360 Changemaker Award. At just 10 years old, Ryan has recycled more than half a million cans and bottles, led cleanups across the nation, inspired others to recycle and reduce waste, donated about $9,000 to the Pacific Marine Mammal Center in Laguna Beach, Calif., won a number of awards and so much more.

Additionally, Michael R. Schmidt, executive vice president of strategic growth and development at BioHiTech Global, has been honored with the Waste360 Innovator Award, which recognizes innovators and forward thinkers who often use technology to better the industry. Schmidt helps BioHiTech provide a technology-based system to manage food waste consumption, and he’s been hands-on with the operations of the first high-efficiency biological treatment (HEBioT) mechanical biological treatment (MBT) facility in North America—Entsorga West Virginia.

In the coming weeks and months, Waste360 will publish a series of in-depth Q&As highlighting the winners’ lives and careers.