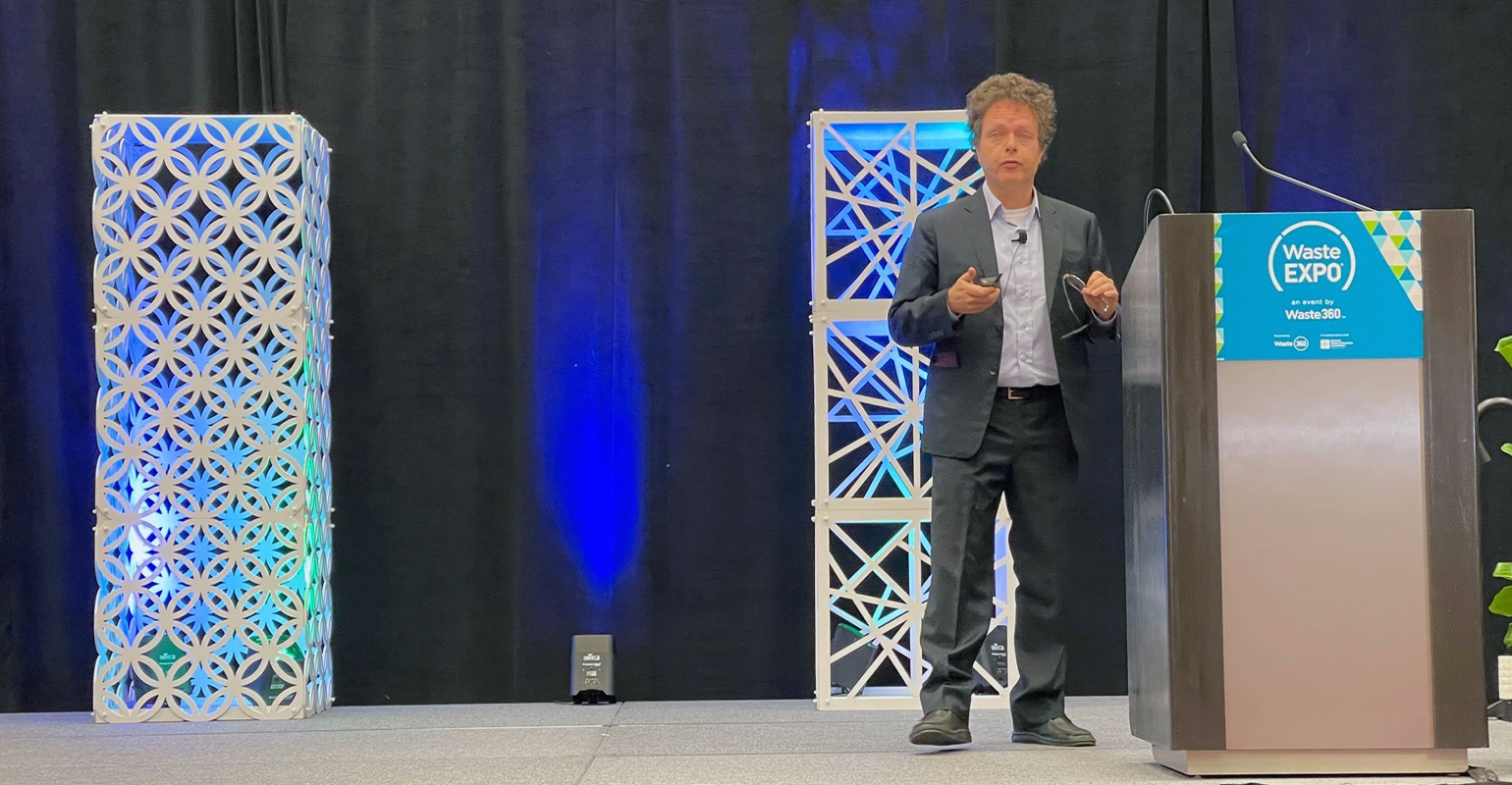 In a WasteExpo Spotlight session titled, "Broken Phones and Used Cars: the Future of Recycling and Reuse Becomes the Past," Adam Minter, Bloomberg opinion columnist, discussed the trends and growth of the secondhand market.

He first began by briefly discussing the growth of smartphones. Over the next few years, he said he expected a 25 to 27 percent growth.

Minter quickly shifted to clothing and textiles, another secondhand market. He referred to ThreadUp's resale report, an annual study the company releases that examines the size and impact of the industry as well as topics such as fashion's future, government policy and pandemic recovery.

"For the last years, now it's not nearly as big as something like a mid-priced specialty store like Gap but unlike Gap, the mid-price specialty stores are actually growing, and they aren't," he said.

He continued, "I have been interested in what is driving this growth, and we hear all kinds of qualitative assessments, that people are becoming more environmentally engaged. I've never been completely satisfied with those explanations. I think there's more to it."

Minter spoke about how he went to China and Japan to find answers, following the supply chain of the luxury handbag market. China boasts one of the world's largest luxury markets, a $55 billion market. Five percent, or $2.75 billion of it, is secondhand.

"Where do you get enough bags - luxury bags - and why are people giving them up to actually justify a company that doubles in price doubles in price on its first day, the Hong Kong Stock Exchange," he inquired.

Minter provided an in-depth look at the supply chain of a Chinese shop, telling the audience that "it's a very high end business with serious running one of these shops with more than a million dollars in revenue in a year. In the back office,you have cameras, where people who are experts who can authenticate these items are watching these transactions."

What Minter discovered was two things that drove the popularity of the market: transparency and trust in the auction process. He began to examine how these two key things played a part of the rise of used cars.

After the car became commonplace in the United States, the industry struggled to promote a secondary purchase option to consumers. It wasn't until the creation of certified, pre-owned dealer programs that the used car market began to boom. Minter drew parallels between how trust and transparency played a part in demonstrating the quality of vehicles to consumers and gave them confidence to buy secondhand.

"You CPO certified franchise oriented used car dealerships are not sending stuff to Ghana such as [the market does] in Japan," he explained. "That stuff stays within the system. It tends to go into a recycling chain that tends to be reused in a certain way. The stuff that's going into these emerging markets that we reuse and reuse and reuse to my argument would be higher environmental values and stuff than from a traditional used car dealer."

He compared the certified pre-owned car market to a form of Extended Producer Responsibility. This is similar to programs such as Apple's iPhone back that allows a consumer to purchase a Certified Refurbished phone directly from the manufacturer.

Hopping back to secondhand clothing, Minter focused on online retailers such as Poshmark, a company that recently underwent a $270 million initial public offering (IPO). The rapid growth of online secondary markets comes from a collective recognition among individuals who can monetize the stuff they want to get rid of, he said.

As he concluded, he noted that the key to growth in the secondhand market is more competition. It is in the interest of large manufacturers such as Apple to buy back phones because they can afford to artificially move the supply of secondhand products.

"If we want the maximal environmental least amount of waste generated from this movement. It's not going to be because we're concentrating power to do this in manufacturers and producers," Minter said. The key is to bolstering secondhand is to scale the market to "as many different consumers as possible."