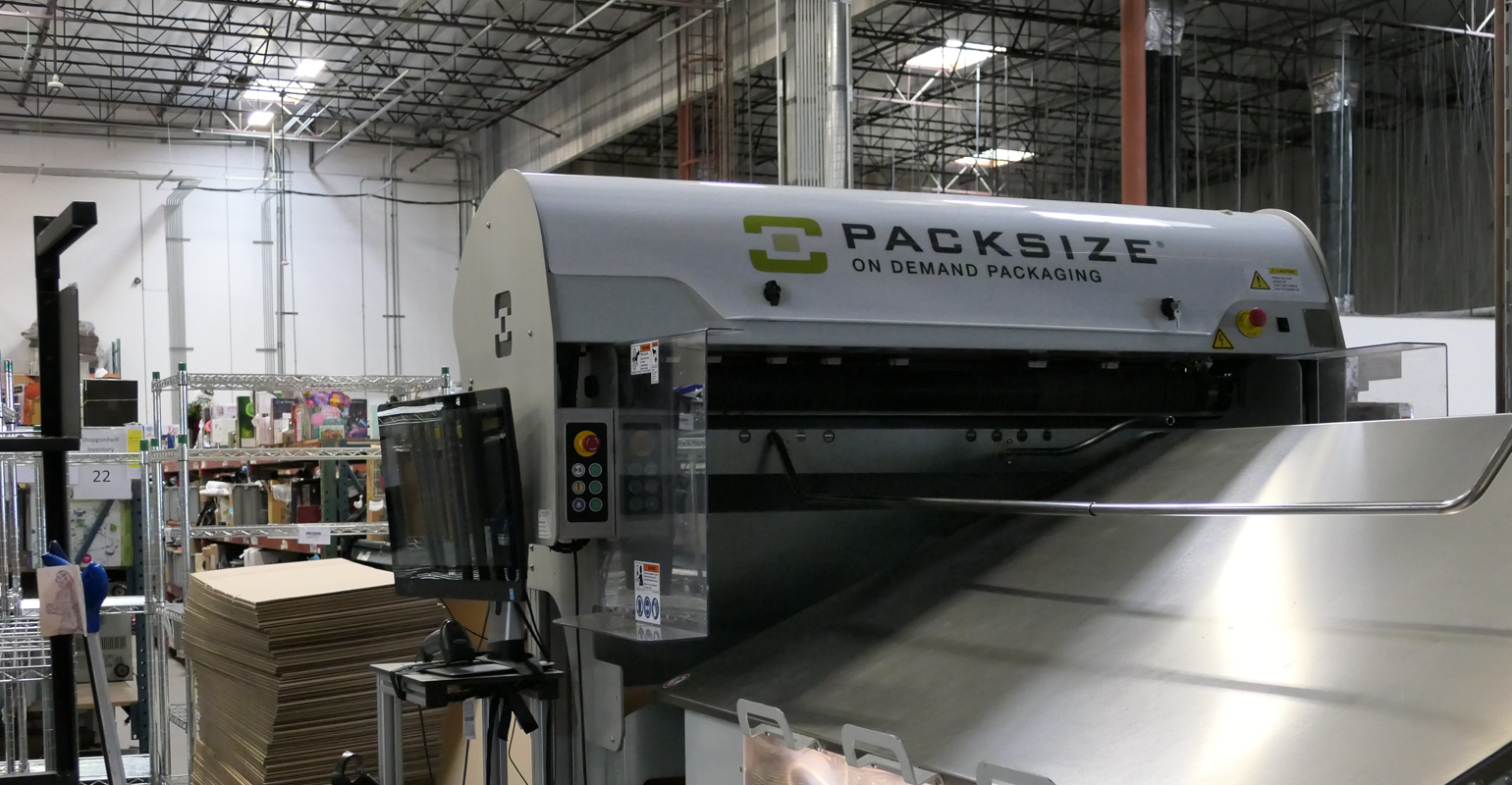 The waste industry hears it often: spent packaging is a problem, and with ecommerce increasing by double-digit figures year over year, that problem is growing— even more rapidly since the pandemic with more people shopping on-line. In recent months, some markets have seen a 63% increase in residential cardboard alone, according to Republic Services. This trend continues to drive new packaging designs to reduce waste. But a few companies, rather than spin new designs, are innovating in other ways.

They have developed technology that makes packages automatically in the quantities, and at the time, they are needed. And they’re configured to fit snuggly around whatever they contain. These concepts are often described as on-demand and rightsize packaging.

Packsize, a multinational manufacturer of packaging systems and automated packaging technology, developed such an innovation.  For now, it works with corrugated boxes, though the company will be adding to its packaging portfolio. Packsize offers a software and hardware system that calculates the shapes and dimensions of goods to be packed. When an order is placed the equipment automatically does the next few steps, which are to produce the corrugated box (cutting and scoring it); place the product in the box; label and seal it.

The setup can be integrated into existing production lines or stand alone. The company, based out of Salt Lake City, UT, tailors pre-configured systems for its customers who are primarily internet retailers and manufacturers.

“We can work for a tiny packaging station where only 100 boxes a day are produced. And we can go all the way up to servicing fully automated fulfillment centers that ship a million orders a day,” says Hanko Kiessner, executive chairman and founder of Packsize International.

Among customers are Staples, Goodwill, Crutchfield and then some growing, newer companies such as Big Bad Toy Store.

There’s a complex supply chain that needs to function seamlessly in order to deliver the right package to the right customer from the right location. This in some cases entails coordinating processes across multiple machines at one company spread across several regions. When an order is received, the fulfillment center would set up to package and ship from the location nearest to the recipient.

“We have one client using Packsize in 20 to 30 of its facilities, and our software orchestrates more than 100 machines over 27 of its fulfillment centers. When the order is ready for shipment our software tells any one of those 100 machines when to make what kind of package on what machine,” says Kiessner.

Goodwill of Orange County, Calif. says the technology has transformed its shipping and fulfillment processes for its online marketplace for secondhand items. Items are listed and auctioned from more than 125 stores and include art, antiques, collectibles, apparel, jewelry, electronics, and more.

“There is so much variety to the items we ship—from action figures to an espresso machine and a surfboard—and the software allows us to create rightsize packaging for every item. Rather than buying 12 standard box skus that can’t effectively fit the array of items we need to get out to customers, we can create a proper box per item,” says Ted Mollenkramer, senior ecommerce business manager, Goodwill of Orange County.

Complete automation, speed, and resulting increased throughput are what Kiessner says are the main selling points.  The most advanced systems can make up to 35 custom boxes per minute.

Packsize has metrics around sustainability too. Statistically ecommerce retail packaging is 40 percent larger than a box that is rightsized on Packsize’s system, according to the company’s own data.

“If a box is 40 percent too large you are using 28 percent more corrugated. It has to do with the geometry of how a box is folded and how two dimensions translate to three dimensions.

So we could reduce the corrugated stream by 28 percent. And that’s just the box. On average, with automated rightsizing, you can also reduce fill like bubble wrap and polystyrene-based packing peanuts by 20 to 90 percent,” Kiessner says.

According to the company’s data the system can eliminate 24 million truckloads of packaged materials currently shipped in the U.S. That figure accounts for every oversized box, with the largest portion from internet retailers. This would translate to a reduction of about 7.6 billion gallons of diesel.

Packsize customers are saving about 75% in courier charges and about 80% in warehouse space, according to Kiessner.

The company, with thousands of installations, mainly in North America and Europe, is now beginning to leverage the technology to address another packaging problem.

“We started doing boxes only, but we are taking the system to the next level to make other packaging. That’s exciting for us –that we can use the same technology in a modified way to make different packages as an alternative to single-use plastic,” Kiessner says.

There are only a few other companies in this space, such as WestRock who makes what it calls Box On Demand Rack Pack and Quadient, whose lines are CVP Everest and CVP Impack.

Packsize’s technology ranges in cost from $50,000 to $1.5 million though most customers don’t buy the system; they pay by subscription with a cost per corrugated box. It is this business model that gets the most credit for the company’s success after the technology itself, surmises Kiessner.

It’s a full-service subscription model designed to optimize the customer’s entire workflow and packaging system without making an upfront investment. And they can save over when they were using a traditional store-and-retrieve box inventory system, he says.

He anticipates that this fairly new but emerging technology will disrupt the consumer packaged goods (CPG) industry.

“In the future CPG companies will have to resolve shipping issues around direct delivery to customers. I think they will use rightsized packaging. We are moving to mainstream adoption of rightsizing and to more automation. I see potential for dramatic expansion because it’s fast and saves in labor and time. These features mean more overall savings.”