Clean Games to Clean Up Baltic Seas Region in Competition 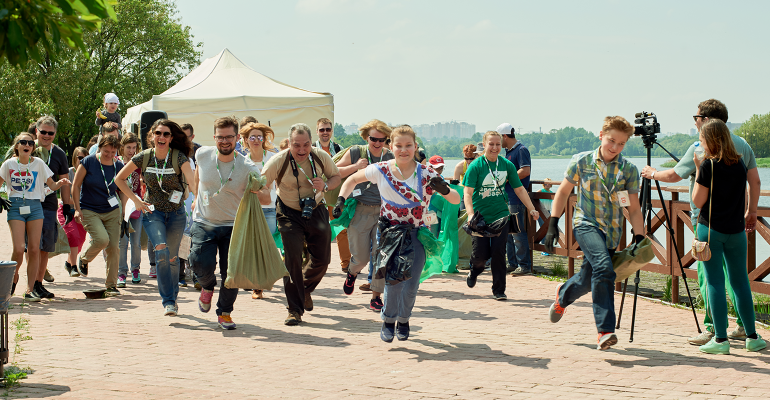 On the 19th of September, people from all over the Baltic Sea region will compete in waste collecting and sorting. They will clean green and coastal areas in one hour during the Clean Games Baltic Cup.

“Council of the Baltic Sea States appreciates Clean Games’ efforts to involve youth in the activities related to the sustainable development of the Baltic Sea region. We consider their game method of garbage collection is a good method for involving people in raising the awareness among young people about the importance of environmental volunteerism and encouraging them to be active in solving the environmental challenges”, Daria Akhutina, the Head of Priority Area Sustainable & Prosperous Region at CBSS Secretariat, said.

Using the mobile application, the organizers will mark the littered areas in their cities. And the participants will follow the map to find garbage to collect. Volunteers will receive the garbage and enroll the game points to the participants. The online scoreboard will be available in the app and on the website. Participants will compete with each other within the city and the whole tournament. The winner will get the cup.

The Clean Games Baltic Cup is partnered with the World Cleanup Day by Let’s do it! Foundation and the Great Global Cleanup by Earth Day. Participants can use the guidelines of both Clean Games’ and the partners’ cleanups. The partners of the Baltic Cup are the Council of the Baltic Seas States, Union of the Baltic Cities, Coalition Clean Baltic, Baltic University Programme, Regeneration 2030, Baltic Sea Challenge, Ars Baltica.

“We believe that if you’ll do a clean-up once, you will litter less. And our goal is to attract as many people to the clean-ups as possible. In order to do that, we developed this format. Our games are a fun way to talk about serious problems. Many people don’t want to participate in community work days. It sounds like a job. So we make a holiday for them. A fun game to play with friends and families. It attracts the attention of local communities, city administration, and socially responsible businesses”, Dmitry Ioffe, the chairman of the Clean Games organization, said.

The Clean Games Baltic Cup is an annual international environmental tournament that takes place in Belarus, Denmark, Estonia, Finland, Germany, Latvia, Lithuania, Poland, Russia, Sweden, and Ukraine. In 2019 it was held in 6 countries with 627 participants collecting 7,5 tons of waste.

Clean Games is an international non-governmental organization distributing the methodology of gamified volunteer cleanups for free. The project is being frequently awarded in Russia as an eco volunteer initiative. It has also been selected to participate in the Paris Peace Forum in 2019, and was presented at the World Economic Forum in Davos in 2020.