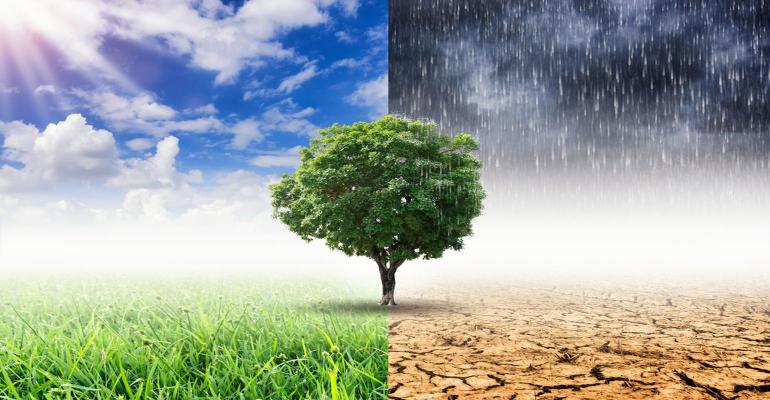 To effectively manage human-caused methane emissions, it’s essential to address landfill methane. Fortunately, there is a solution that is not only economical, sustainable, and environmentally responsible, but also creates an important source of baseload power and complements recycling programs.

Of the many groundbreaking agreements announced at last year’s U.N. Climate Change Conference (COP26), one of the most important may be the U.S. and EU’s global partnership to cut emissions of the greenhouse gas methane by 2030.

The Global Methane Pledge aims to limit methane emissions by 30% compared with 2020 levels to help combat climate change. This is a critical step, as methane is a highly potent greenhouse gas with a Global Warming Potential (GWP) 84 times more powerful than CO2 on a 20-year basis, according to U.S. Department of Energy data.

While the world is focused on the difficult task of reducing fugitive methane emissions from fracking and other activities in the oil and gas industry, achieving the Global Methane Pledge also requires addressing another significant source of human-made methane emissions – landfills. Landfill methane, which accounts for 11% of global, human-caused methane emissions, is a clear, material contributor to global warming.

According to a recent report from The World Bank, more than 2.2 billion tons of municipal solid waste are generated across the globe annually – an amount that’s expected to grow to 3.7 billion tons by 2050 -- with much of that waste headed to landfills or managed unsustainably. In the U.S. alone, more than 2,600 active and 3,200 inactive municipal landfills emit methane with more than 330 million tons of 20-year basis GWP each year, as biological waste such as food scraps and lawn and garden waste break down.

To effectively manage human-caused methane emissions, it’s essential to address landfill methane. Fortunately, there is a solution that is not only economical, sustainable, and environmentally responsible, but also creates an important source of baseload power and complements recycling programs. Waste-to-energy technologies can turn municipal and industrial waste into power and steam heat, while advanced emissions control technologies can protect the environment, and even turn waste-to-energy power plants into net-negative emitters of greenhouse gases by pairing them with carbon capture and storage.

Today’s waste-to-energy plants, which are currently being deployed extensively in Europe and Asia, are technological marvels that provide communities with clean, renewable energy. The plants feature extensive pollution and odor control systems and can be a vibrant part of the communities they serve.

For example, the Amager Bakke/Copenhill waste-to-energy plant in Copenhagen, Denmark, which features B&W’s combustion and emission control technologies, began operation in 2017 and is an essential and welcome part of daily life in the community. An architectural landmark and perhaps the world’s most famous waste-to-energy plant, Copenhill is located within sight of Amalienborg Palace – the Queen’s residence –, and upscale dining and cultural destinations. It includes a ski slope and restaurant on top of the building, Europe’s largest climbing wall, and is a popular attraction for residents and visitors alike.

But perhaps most importantly, in the fight against global warming causing-methane, waste-to-energy can be a powerful weapon, and it is vital for developing a circular economy.

Consider this – one ton of landfilled waste emits methane with a Global Warming Potential equivalent to 3.42 metric tons of CO2. However, diverting that waste from the landfill, preventing it from creating methane and using it to generate energy results in only .001 metric tons of carbon dioxide GWP, reducing the waste’s total global warming potential of waste by 99.97%. Waste-to-energy plants can also consume old waste recovered from existing landfills, which could further reduce methane emissions from waste that was buried long ago. By adding carbon capture technologies to waste-to-energy plants, we’re also able to take a bold next step that turns plants into net-negative producers of greenhouse gas emissions.

Yet to realize waste-to-energy’s full potential to combat climate change and greenhouse gas emissions, well-crafted governmental policies must be an essential part of the formula. In Europe, regulations aimed at reducing or eliminating the amount of waste sent to landfills or prohibiting new landfills, drive demand for waste-to-energy, as shown in the most recent data from Statista that as of 2020, approximately 4.7 gigawatts of municipal waste-to-energy capacity is installed across Europe.

In the Asia-Pacific region, the need to manage the significant quantities of waste generated by rapidly growing populations in economies that are becoming more affluent and consumption-driven (thus generating more waste) is a major driver for the construction of new waste-to-energy facilities in countries such as China, India, Vietnam, Thailand and others.

However, in countries where neither a strong regulatory framework nor other drivers of demand such as rapid population growth and space constraints exist, the use of waste-to-energy as a clean energy solution is progressing more slowly.

In the U.S., for example, where space for landfills is plentiful and inexpensive, and environmental regulations are less stringent, there has been only one waste-to-energy facility constructed since 2015, when the state-of-the-art, B&W-built Palm Beach Renewable Energy Facility No. 2 opened in West Palm Beach, Fla.

At B&W, we are encouraging governmental leaders and other decision makers in the U.S. and around the world to take a close look at waste and landfill policies and the environmental benefits waste-to-energy technology offers. Governments at all levels can take steps to incentivize building new plants, classifying waste-to-energy as a renewable-equivalent energy generation technology, and offering investment and production tax credits like those provided to solar, wind, and hydro-electric power.

The time to act is now. The impact of climate change is a reality we all must face and combatting it will take a multi-pronged approach. Addressing the methane problem, including emissions from landfills, is an essential part of this effort. If we are to cut methane emissions by 30% by 2030, as outlined in the CAP26 Global Methane Pledge, waste-to-energy, paired with advanced emissions controls can help us achieve this noble goal.

Kenneth Young is Chairman and Chief Executive Officer of Babcock & Wilcox (B&W), a leader in energy and environmental products and services for power and industrial markets worldwide.