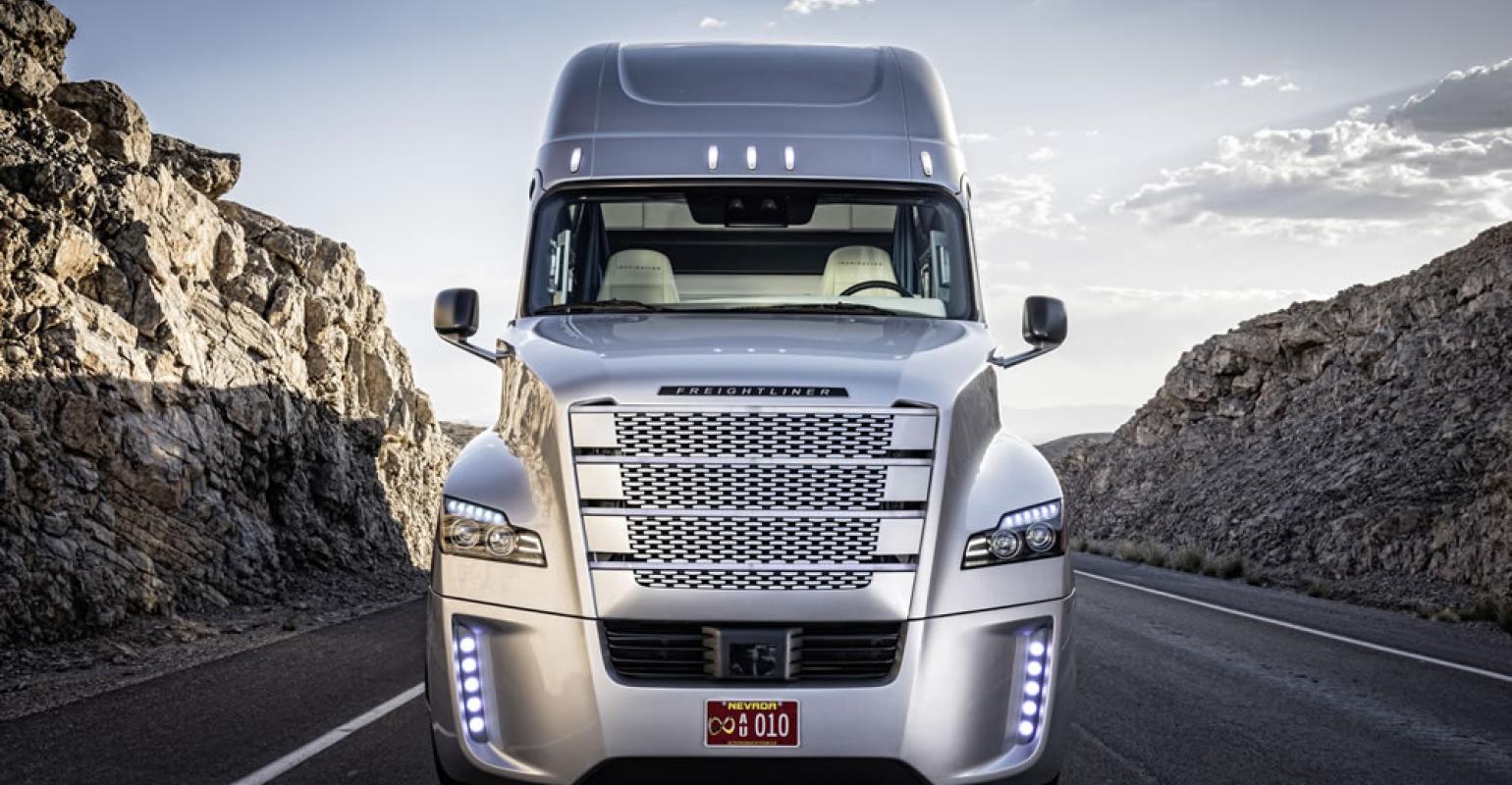 This is part two in a three-part series on the latest technologies under development and the implications their adoption will have for the industry at large.

This is part two in a three-part series on the latest technologies under development and the implications their adoption will have for the industry at large. For Part One, click here. For Part Three, click here.

Along with other industries, the waste and recycling industry has been affected by the CDL driver shortage. Companies and municipalities have stepped up recruitment and retention strategies in the short term. But the development of self-driving trucks—both long and short haul—could ultimately stem that tide.

A recent joint report issued by four European transport groups estimated that between 2 million and 4.4 million truck driving jobs in the U.S. and Europe could become “redundant” and thus be eliminated by 2030 if efforts aimed at widely deploying self-driving commercial vehicles are successful. This study, entitled Managing the Transition to Driverless Road Freight Transport, was prepared jointly by the European Automobile Manufacturers’ Association (ACEA), the International Transport Workers’ Federation (ITWF), the International Road Transport Union (IRU) and the International Transport Forum (ITF).

Most significantly to the waste and recycling industry, Volvo announced an initiative with Renova to test an autonomous refuse truck in May.

The self-driving trucks in Volvo’s research projects have sensors that detect everything around them, allowing the truck to stop immediately if something unexpected appears in front or behind the truck. The sensors Volvo is currently testing include lidar, radar, cameras, IR cameras and other active systems where other road users transmit their position.

The sensors continuously monitor the vehicle’s vicinity and the truck stops immediately if an obstacle suddenly appears in its path. The route is pre-programmed and the truck drives itself from one wheelie-bin to the next. The driver, who walks ahead of the reversing vehicle, can focus on refuse collection and does not have to climb into and out of the cab every time the truck moves to a new bin.

“We have already seen several benefits with this technology for the waste management business, such as a better working environment due to the driver not having to enter and exit the truck between every stop, savings on fuel and time and a smoother drive that lowers the wear of the truck and maintenance costs,” says Volvo Group Chief Technology Officer Lars Stenqvist. “We are testing the technology in three steps: stimulating extensively, testing the truck on a rest track and testing it in a real environment in a suburban area in Gothenburg later this year. This testing is necessary for us to learn more about the technology, what type of sensors we should use, where we should place the sensors, what algorithms to use and how the system will work in different weather conditions, for example.”

While this technology is new, automation for vehicles isn’t, Stenqvist argues. He points to the fact that the automatic gearbox was invented almost 100 years ago, and most people are familiar with cruise control and other automated functions in vehicles. He claims the reason why so many leaps in automation are occurring now is because of the development of faster computers and advanced sensor technology.

Volvo says it is taking its time testing the technology because safety is its highest priority. Ultimately, it believes that automation for driver support and autonomous trucks will increase the safety of both the driver and other road users, Stenqvist says. The waste and recycling profession is one of the most dangerous professions in the U.S. For years, members of the industry and industry organizations have been trying to improve safety efforts by offering additional training, utilizing technologies like in-cab cameras, sensors and a wide range of other initiatives.

Some industry experts believe that artificial intelligence (AI) and robotics could potentially help make the industry even safer by taking over some of the more dangerous tasks, reducing the risk of injuries or incidents.

Last year, Volvo Group also partnered with Chalmers University of Technology and Mälardalen University in Sweden, Penn State University and the Swedish waste and recycling company Renova to develop a robot that interacts with refuse trucks and drivers. The groups think the Robot-based Autonomous Refuse handling (ROAR) system could reduce the risk of injury for collection drivers.

Instead of a team of human workers, Volvo’s robots will receive instructions from operating systems to do the heavy lifting and dumping. Drivers stay put, overseeing the controls.

Mälardalens University is designing the robot itself, and Penn State´s Thomas D. Larson Pennsylvania Transportation Institute is working on the graphics, communication systems and control panel for the truck driver. Students at Chalmers University are working on the overall operating system, and Renova is developing the vehicle. “I think robots and smart technologies bring the potential to minimize health and safety risks for the entire workforce involved in daily operations,” says International Solid Waste Association President Antonis Mavropoulos. “After all, one of the reasons that robots will gradually dominate the waste sector is that most of the field works in waste collection, waste separation planets or landfills, which involve heavy manual work, bad smells, health risks and injury risks. In addition, the continuous collection of data from millions of sensors found in equipment will allow us to recognize potential risks and prevent them over time.”

Currently, some roles in the industry require people to come face-to-face with potentially dangerous items like hypodermic needles and broken glass, but these technologies could shift people away from those positions and into safer, higher-level positions.

“The less people you have in potentially dangerous situations, the less chance you have for human injury or death,” comments Environmental Research & Education Foundation President and CEO Bryan Staley. “It’s far less heartbreaking when a piece of equipment breaks or gets damaged than when a human loses an arm or gets killed. We can replace a piece of equipment, but we can’t replace a life.”