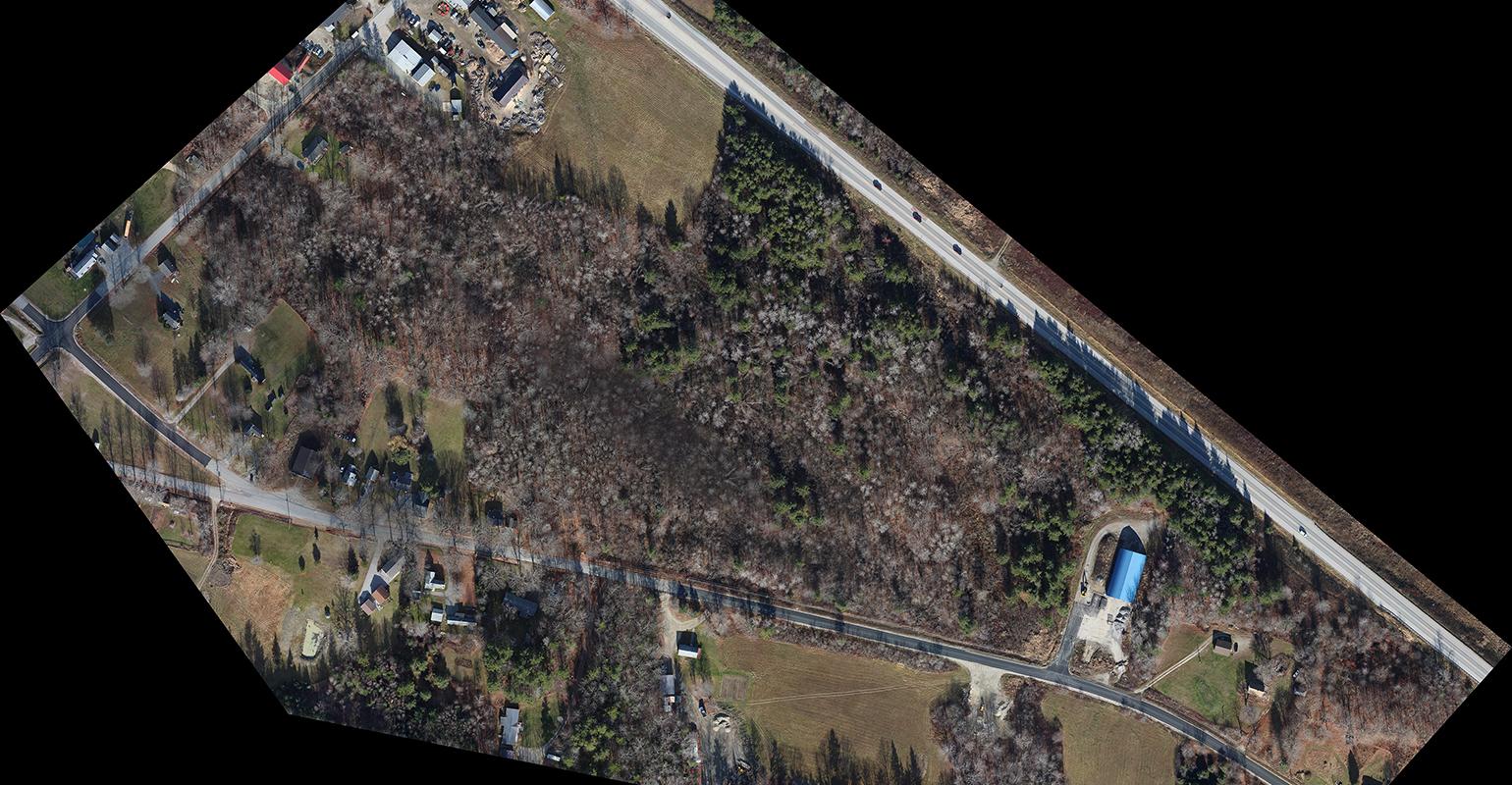 The first step in plotting the land for the transfer station was to plan a photo flight mission based on the map of the study area provided in the RFP.

When the Town of Orland, Maine, needed a map of the land for its proposed new transfer station site, it turned to technology to get an accurate rendition of the area.

According to Edward Rankin, senior chair of the Orland Board of Selectmen, the technology used helped plot out the proposed lot for the transfer station and checked the lot for topography.

In September 2016, the town hired Foresight Engineering to manage the project. The firm had bid on the design of a new transfer station for Orland and needed remote sensing specialists to perform the aerial survey portion of the project.

The Barbara Wheatland Geospatial Analysis Laboratory at the University of Maine, based in Orono, Maine, had done work for Foresight Engineering in the past regarding a vernal pool study for the Town of Lincoln, so they sent the lab a request for a proposal (RFP).

The lab was created and endowed with a grant from the Maine Timberlands Charitable Trust (MTCT). It ensures that current and future SFR students have access to state-of-the-art remote sensing and geospatial analysis research and teaching facilities.

Utilizing the university's Cessna 172, a Canon DSLR aerial camera system, Trimble Geo 7X GPS units, and Photogrammetric and GIS software, a graduate student handled the mission planning and operated the aircraft for the flight itself.

The first step in plotting the land for the transfer station was to plan a photo flight mission based on the map of the study area provided in the RFP.

“Image resolution was not specified in the RFP so I chose to provide high resolution products at 4cm per pixel,” says Sandilands. “This required flying at an altitude of 1,200 feet and with seven flight lines to cover the area sufficiently.”

Within the week prior to the flight and through coordination with the town, landowner permission was obtained so the team could visit the area and paint 32 target "X"s on the ground that would be visible from the photos to provide geographic control and check information.

The flight was flown on November 23, 2016, and 315 individual photographs of the area-of-interest were captured.

“The photos were aligned, control points were placed on each, and an orthomosaic output was created,” says Sandilands.

An orthomosaic output is an aerial photograph or image geometrically corrected such that the scale is uniform: the image has the same lack of distortion as a map. Unlike an uncorrected aerial photograph, an orthophotograph can be used to measure true distances because it is an accurate representation of the Earth's surface, having been adjusted for topographic relief, lens distortion, and camera tilt, according to Sandilands.

“LiDAR data was acquired from the state's GIS database and used to create a detailed elevation model and the required 1 foot contour lines,” he says. “The digitized layers were then draped over the elevation model to produce a 3D representation that the client could then use for determining the effects of slope on proposed clearing and construction as well as water runoff.”

The final step was to run an accuracy assessment on the project.

“This technology is already used within the forest, mining, and manufacturing industries for generating stockpile volumes,” he says. “The same methods could easily be employed by the waste industry to estimate above-ground transfer station inventories as well as estimating the volume of depressions in the ground.”

Rankin says he thinks the technology also can be used to check and monitor landfill lots.

“With this technology, local and DEP permitting is easier. Working with UMaine is a cost savings,” he says.