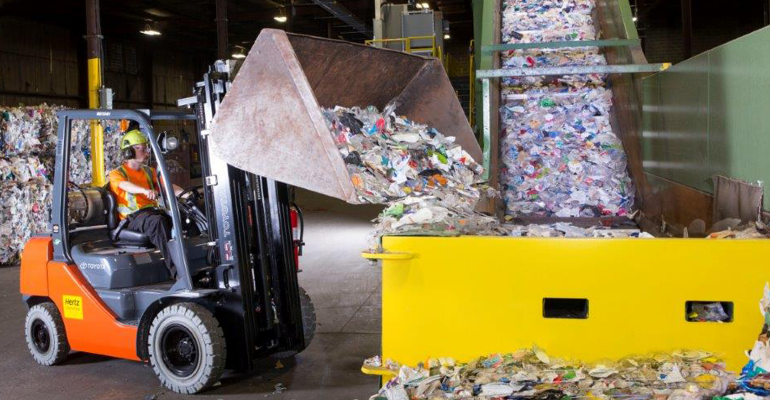 Multiple jurisdictions in Canada have implemented stewardship programs, putting onus on producers to manage the products and packaging they churn out at the end of life. This two-part series tells the story of British Columbia’s 21 producer responsibility programs, focusing on one in particular. And it takes a look at Ontario’s plans to transition from 50% to 100%-funded producer responsibility for packaging and paper.

Years back, British Columbia, Canada set out to incentivize producers to take a hard look at products they put on the market, with thought to how they could design them to be easier to deal with at the end of life. The idea was to ensure that governments and taxpayers did not have to pick up the tab for managing waste commodities and their packaging—while finding solutions that would work for the brands and their packaging partners too.  The carrot that BC dangled over these materials generators took the form of an extended producer responsibility program (EPR) whereby producers facilitate and pay for collection, processing, and marketing of end-of-life materials.

By now BC has 21 EPR programs, based on product type. While they put onus on producers to pay for end-of-life management, producers are left to find the way they think will work best. They hire a stewardship agency to run the program or run it themselves.

The province’s EPR concept has evolved over time. The earliest “breed” of programs came online in the 1990’s, but they were not true EPR models because while producers paid for them, the government managed them.

“We wanted producers to take full responsibility; not just pay the cost. We wanted to get out of managing. And an anticipated benefit was if they were going to pay the tab, they would want to find the most efficient way to run the program,” says Bob McDonald, director, Extended Producer Responsibility, BC Ministry of Environment and Climate Change Strategy. BC Ministry reviews and approves the plans, which are up for renewal after five years. They must meet key performance measures, and publicly disclose their annual reports demonstrating they are doing so.

With this change, citizens still have curbside collection services, but now the producers who pay for it set the program rules and hired a stewardship agency to manage the work.

The packaging and paper products EPR program was added at a time that some governments were having trouble marketing the materials due mainly to contamination. The problems were compounded by inconsistencies in what was collected and in how it was collected.

“BC’s Ministry saw potential for EPR to offset costs to local governments and to ensure more packaging materials were recycled properly. Then, once we regulated producers, they said, let’s form one group, and let’s do it across the province with a unified system,” McDonald says.

They formed what is now called Recycle BC—a stewardship agency just for packaging and paper.

Key to the merit of EPR he says is that it holds everyone in the plastics value chain accountable.  He points to the containers that he deals with.

“Thirty years ago, the containers were all sorts of random designs and made of different materials and glues.  Some of them had metal caps, or metallized labels, or a cup glued to the bottom of the container.  It is because of the accountability that EPR brought to the industry that recycling has changed for the better.  EPR has encouraged the whole plastic value chain to innovate and spend money on capital improvements to develop new methods and equipment to recover a higher volume and recycle different kinds of packaging,” Moucachen says.

For Merlin Plastics, getting a hold of higher volumes and quality of postconsumer content has opened doors. The company now sells what it processes to a wider range of brand owners and can offer product for more applications.

The Ministry requires 75% of all packaging to be recycled, and the industry is consistently meeting or exceeding that goal, according to McDonald.

Collectors, recyclers, and processors are typically issued a five-year contract, provincewide. These agreements give them certainty, says McDonald, adding that “with this certainty they are making investments we had not seen the likes of in BC.”

Contractors have invested about $50 million in infrastructure to deal with waste packaging and paper since the program’s launch in 2014.

Collectively about $500 million a year flows into BC’s 21 EPR programs, which comes from producers or ecofees, which are paid by consumers based on a product’s recyclability.

The business opportunities have drawn local companies, meaning plastics from polystyrene to rigids to films are recycled and used in the province.

“That’s a pillar of a circular economy model. The closer to home the better,” McDonald says.

“The majority of the materials we collect are destined for local end markets; approximately 92 percent of it is managed by recycling,” he says.

Lefebvre cites collaboration as the most important ingredient to the program’s success.

“We work closely with local governments, most of whom collect materials on our behalf, so they remain the collection interface with their residents. We provide them incentive payments to perform collection.

“Likewise, our post-collection network, which manages the transportation of materials from receiving facilities, as well as sorting, processing, and marketing of materials, is composed of many service providers. This ensures that companies within the waste industry have opportunities to be part of the program, remaining involved in the process,” he says.

Still there are challenges, with one key hurdle being that some packaging can’t be recycled at scale, such as a category called “other flexible plastic packaging” (composite plastic materials like chip bags and pouches).

But Recycle BC is working with a local recycler trying to figure out what to do with these materials. Meanwhile, they are still collected and diverted from landfill. Materials that can’t be recycled are turned into an engineered fuel, which is used as a replacement for coal in industrial settings.

As far as what’s most important to the program’s success, Lefebvre surmises, it’s understanding that everyone plays a part in ensuring that recycling works.

“Residents have to choose to recycle, then they have to inform themselves on the right way to recycle.

“We also have to collaborate with local governments to ensure collection is effective and contamination is low. We have to work with the waste industry to manage the materials we collect.”

And, concludes Lefebvre, “We have to work with the provincial government to help it understand the challenges we are facing, while listening to its concerns.”

While many communities across North America have had to curtail or suspend existing (non-EPR) packaging recycling programs due to limited processing abroad, BC is expanding its program.

“Over the next two years more single-use items such as plastic stir sticks, cutlery, straws, lunch bags, disposable plates, bowls, and cups, will be collected for recycling. And it will be up to those obligated producers to ensure these materials have minimal contamination and sustainable recycling markets are secured,” McDonald says.