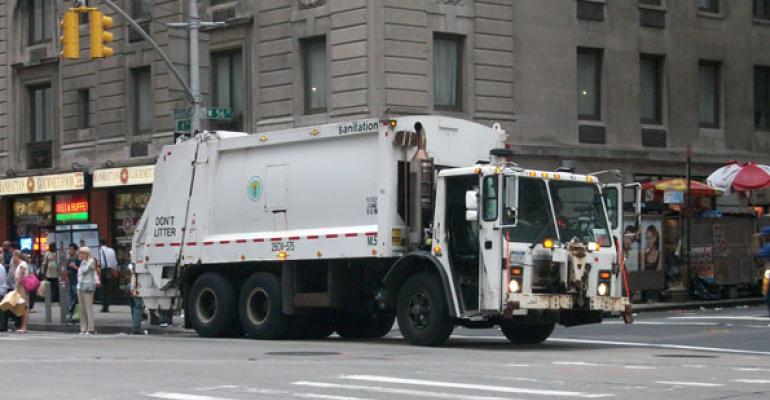 New York City council has passed a law to get tougher on the stealing of recyclables in the city, a long-standing problem.

The city council approved legislation that carries both civil and criminal fines of $1,000 for each instance of illegally removing recyclables, says David Biderman, vice president for government affairs for the Washington-based National Solid Wastes Management Association (NSWMA). The same penalty applies to the owner of any vehicle engaged in that activity.

The law will take effect when Mayor Michael Bloomberg signs the bill.

The association estimates the theft of recyclables in New York City, particularly cardboard, costs carters $8 million to $10 million annually, depending on the price of paper.

The NSWMA has been working on this issue since 2008. “We’ve been encouraging city agencies to both enforce the existing laws stringently and make the current laws more stringent,” Biderman says.

City agencies have done a better job recently in enforcing the laws as it applies to cardboard theft. “But the laws are relatively weak.

“This is a very important milestone for NSWMA’s advocacy program in New York City,” he says.

The theft of recyclables hurts haulers’ customers as well. The collection rate is based on a blend of waste and recycables gathered. “If the carter isn’t getting recyclables the customer will have to pay,” he says. “We think this is a very positive for the customers.”

The New York City Department of Sanitation has been suffering similar losses to the private carters in the theft of recyclables and also has been interested in this new legislation, which was proposed more than a year ago.

"The daily theft of cardboard hurts our entire industry, from small family-owned hauling operators to larger firms who lose the revenue, and their customers that feel the loss in greater fees," said Tom Toscano, NSWMA New York City chapter chairman, and the chief financial officer at Mr. T Carting, in a news release. "We hope that the city rigorously enforces this law against the illegal carters who operate in the city."

Last July the New York City Business Integrity Commission arrested three perpetrators who had created a company to steal cardboard from New Jersey retail sites, such as Wal-Mart and Sam’s Club. BIC investigators believe the operation generated more than $100,000 in revenue from the sale of the stolen cardboard.