What OSHA's Federal Heat Standard Means to Waste and Recycling 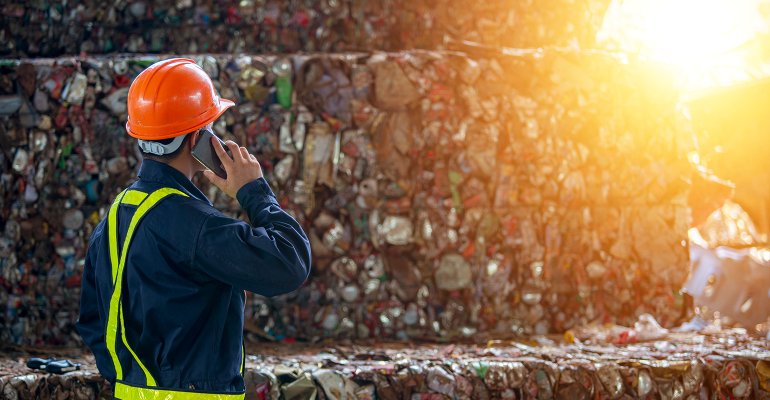 The Biden administration has increasingly placed policy and climate change at a point of convergence, emphasizing clean energy and advancement on the environmental justice front.

As warmer days become commonplace, the Department of Labor’s Occupational Safety and Health Administration (OSHA) is ramping up to begin the first step in a rulemaking process to protect America's workers - both outdoor and indoor - from heat exposure.

"While climate-related disasters like hurricanes, wildfires, and floods produce dramatic images of devastation, extreme heat often takes place out of sight and out of the news," a fact sheet from the White House stated. "But heat is the nation’s leading weather-related killer."

The document pointed to data from the National Centers for Environmental Information, which noted Summer 2021 as one of the hottest summers on record, placing it 2.6°F above average, "nominally" surpassing temperatures last experienced during the Dust Bowl of 1936.

"During the June 2021 heat wave in the Pacific Northwest, states reported hundreds of excess deaths and thousands of emergency room visits for heat-related illness," the fact sheet stated. "Climate scientists have concluded that this heat wave would have been virtually impossible without climate change. Millions of U.S. workers are exposed to heat in their workplaces, and essential jobs with high exposure levels are disproportionately held by Black and Brown workers. Heat also poses higher risks in urban centers and to children, seniors, economically disadvantaged groups, and those with underlying health conditions."

Following the release of the fact sheet in mid-September, the administration is now preparing for the public comment process focused on creating a federal heat standard to protect the nation's workers. This is likely to be an arduous undertaking as the average OSHA standard could take as long as seven years or longer to enact.

Kirk Sander, NWRA chief of staff and vice president of safety and standards, said that he sees the possibility of a heat standard coming sooner than expected given the emphasis placed on COVID-19 response with the swift enactment of emergency temporary standards (ETS) to protect workers from illness.

"I think OSHA has already laid the groundwork," he said, noting the agency has already begun work on identifying individuals for a working group to conduct research through the National Institute for Occupational Safety & Health (NIOSH).

He stressed that the waste and recycling industry needs a seat at the table to ensure its particular risks are addressed. While sanitation workers such as drivers often are more exposed and visible to the public eye, employees at locations such as materials recovery facilities (MRFs) and transfer stations also are at risk of heat illness given the hybrid indoor-outdoor environments.

For a federal heat standard to be effective, it must be location-specific. Sander said it needs to address temperature on a seasonal basis. For example, temperatures in Texas and Florida during April are different than those in Vermont.

"I think its going to be technical, but its also going to straightforward," Sander said.

SWANA CEO David Biderman echoed the need to protect industry workers from heat exposure. However, it is imperative to place emphasis on the top three safety issues plaguing the waste and recycling industry: musculoskeletal issues; slips, trips and falls; and struck-by or fall-off vehicle incidents.

"We need to continue to address all of the various hazards in our industry," he said.

While distracted driving continues to pose a threat to industry workers, SWANA analysis of accident data indicated a "substantial" number of fatalities involving workers falling off trucks, eclipsing those killed by other motorists.

He cautioned that, "workers should not be on the riding step over 10 miles per hour."