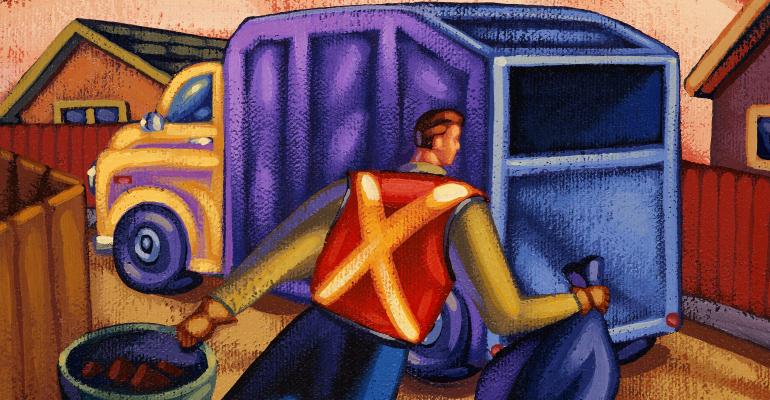 Sean Spence, a driver for Sanitation Salvage in the Bronx, N.Y., has been barred from driving private garbage trucks in the city after he allegedly killed two men within a six-month period.

Spence allegedly struck and killed an elderly man in April, and less than six months before, police say he fatally struck co-worker Mouctar Diallo, who was working off the books. Spence has not yet been charged criminally for either crash, which were chalked up to be accidents, according to police.

According to reports, Spence initially told police that Diallo was a panhandler who approached his truck “looking for a handout,” then jumped onto the vehicle. However, according to police, Diallo had been working with Spence for about nine months.

"It has been nine months since the death of Mouctar Diallo and three months since the death of Leon Clarke, both at the hands of Sanitation Salvage,” said Maritza Silva-Farrell, executive director of ALIGN, on behalf of the Transform Don't Trash NYC coalition, in a statement. “BIC's decision to ban the driver who was behind the wheel is a step, but real accountability here lies with the company. Mouctar Diallo worked for Sanitation Salvage for over a year, but his death was covered up and the driver was allowed to keep driving until he ran over another New Yorker. Transform Don't Trash NYC has called and will continue to call for the revocation of Sanitation Salvage's license to operate in New York City. The Business Integrity Commission has the power to take this action and should do so immediately."

A Bronx trash hauler who ran over and killed two men in separate incidents, and lied to the police about the identity of one of the victims, has been barred from driving private garbage trucks in the city, the Daily News has learned.

The ruling means he can’t be employed by any hauler overseen by the Commission — essentially every private hauler that operates in the five boroughs.