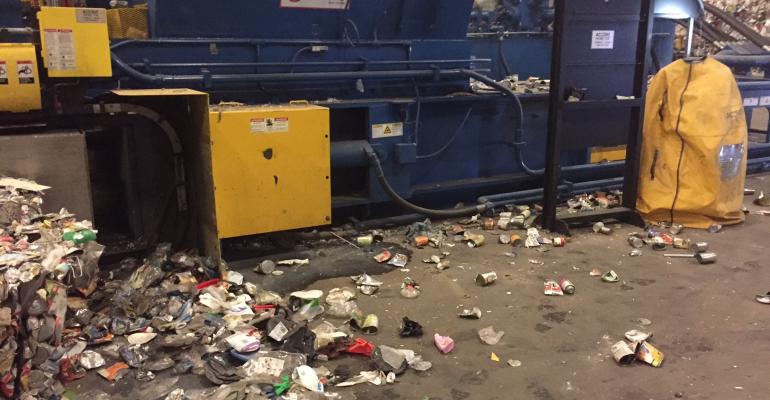 Due to the safety and economic problems posed by disposable propane tanks, some organizations are pushing alternatives to disposable cylinders.

Small, disposable propane tanks are convenient commodities, but they are a safety and economic nightmare for materials recovery facilities (MRFs), landfills and parks, causing fires and explosions when tanks leak or get punctured. Meanwhile, these entities are left to take on money- and labor-intensive efforts to safely collect and dispose of them, which has not been an easy endeavor.

In light of these problems, some governments, businesses and environmental nonprofits are pushing alternatives to disposable cylinders. They have gotten behind innovative programs where consumers can cheaply and easily exchange tanks for reusable ones, have launched equally innovative collection programs and are educating the public on the dangers of disposable cylinders.

Yosemite National Park collects 20,000 to 25,000 1-pound cylinders a year and trucks them more than two hours to a facility that takes low-grade hazardous waste.

“Between fuel and the staff we pay, it’s at least $3 a piece to dispose of them,” says Jodi Bailey, program manager for the Zero Landfill Initiative at Yosemite National Park. “We have seven drivers and 42 people emptying small trash cans, and it’s a seven-day-a-week operation. These are challenging times for federal land management agencies, and we’d rather spend that money providing better services to our visitors.”

But the beefed-up efforts are a necessity.

“If cylinders end up in the trash and then in a collection truck with hot ash, it makes for an explosive combination. We have almost a fire a year from either cylinders or hot ash from camp grounds,” adds Bailey. 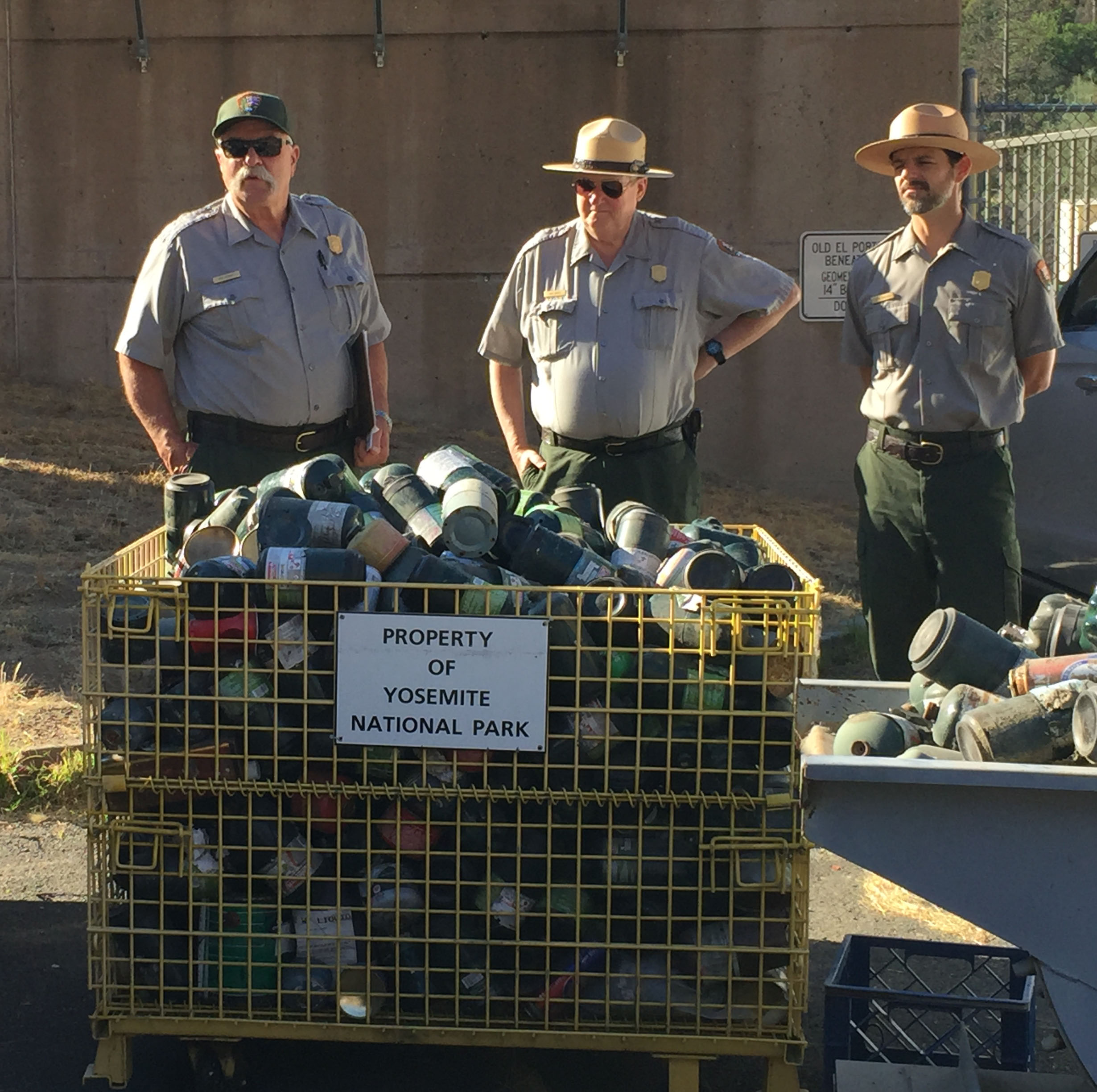 Disposable propane cylinders exploded at a Kent County, Mich., MRF in June 2016 and again in June 2017.

“In 2016, it cost over $68,000 from one tank, and a worker was knocked off the baler,” says Darwin Baas, Kent County Public Works director. “We receive dozens a week. When they are tipped on the floor, they are often covered by paper and old corrugated cardboard and easy to miss. They get punctured in the baler. They cause chemical damage and fire, and when the fire is put out, they cause water damage. Plus, we lost commodity.”

Kent County’s defense has been to set up drop-off locations at landfill, transfer stations and participating retailers. A vendor picks them up for proper disposal, and the agency picks up the tab.

Kamps Propane in Manteca, Calif., delivers propane to customers. It has a division that processes 1-pound cylinders that are collected and bought by a scrap metal company.

But the ultimate solution is refillables, says Josh Simpson, vice president of Marketing for Kamps Propane.

For refillables to work, consumers need access to cylinders where they are most likely to use them. So, Kamps does exchanges where customers bring back empty cylinders and pay $1.99 for a filled replacement.

To take this model beyond its own locations, the company went on to talk to state, county and city parks as well as retailers that deal with these cylinders.

“We recruited them to take a hard look at recycling disposable propane cylinders because they don’t usually know what happens to them once they’re empty,” says Simpson. 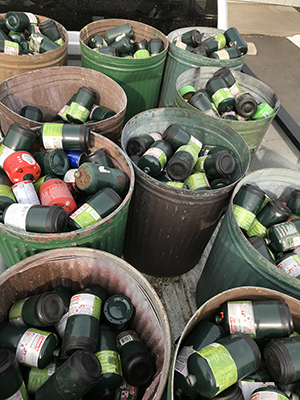 The initial goal was to simply ensure they knew their disposal cost for single-use and to point out that by promoting refillables, they could reduce their volume of disposables.

“Now we are collaborating with folks at parks, independent retailers and other stakeholders to help them understand just how they can offer refillable cylinders,” says Simpson.

Sports Basement, an outdoors products chain in the San Francisco Bay area, is among retailers joining the effort. It buys refillable cylinders from FlameKing and sells them at its stores. And it also exchanges empty cylinders for filled ones.

The company has exchanged more than 5,500 cannisters since 2017. Sports Basement also has sold more than 10,000 of them since 2017, representing double the number of reusable cannisters than disposable ones it sells.

“Customers here enjoy the outdoors and want to experience it with less negative environmental impact, and the propane program allows them to do this. There is certainly a market for sustainable products like these cylinders,” says John Courtney, general manager at Sports Basement.

Texas is clamping down on these cylinders, too. 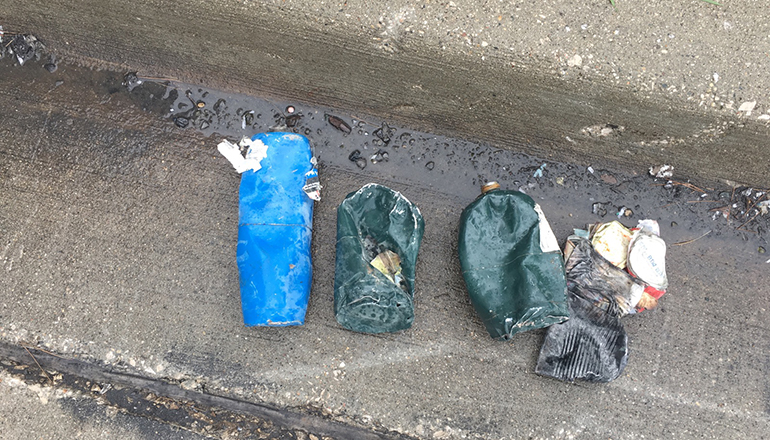 “We learned that clear communication is especially complicated for local governments and other organizations because of the patchwork of messages and programs across Texas about how to deal with these tanks,” says Jordan Fengel, executive director of STAR.

“The group has developed educational materials and is now seeking locations to become official refill points for the ReFuel Your Fun campaign, as we want to promote safe refilling by professionals—not at-home kits,” says Fengel.

Moving forward, STAR plans to hold events where the public can exchange empty tanks for refilled ones.

“The ultimate goal is to have the refillable tanks replace the disposable option across Texas. A system is already in place where larger tanks are refilled multiple times, then managed once they are not refillable. So, why not have the same system for 1-pound tanks?” challenges Fengel.