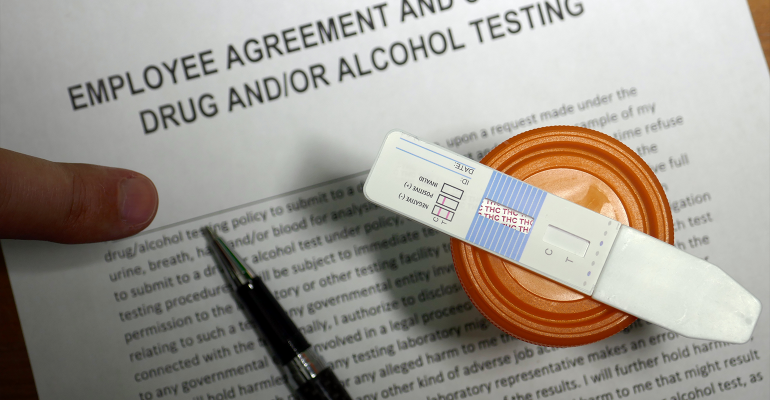 With recreational cannabis legal in 19 states and medicinal use in 36 states, employers increasingly have had to navigate legal and ethical challenges when addressing workplace use.

The National Safety Council (NSC) recently released the results of a survey that explored the proliferation of cannabis in the workplace. The survey asked 500 employers and 1,000 workers about their usage, the perceived effects and policies.

While it was noted that the results could be over or understated, 53 percent of employees indicated that they are non-users, while 48 percent admitted they have used cannabis.

While CBD contains no more than 0.3 percent of THC, the psychoactive compound in cannabis commonly known for impairment, the NSC included both CBD and traditional cannabis usage in the results. Thirty-eight percent of survey takers admitted to recreational cannabis use while 35 percent said they use CBD.

Fewer than half of the companies questioned indicated they have written policies to address cannabis use in the workplace, which could present challenges. However, eight out of ten employers said they are concerned about recreational cannabis use, delta 8 and CBD use.

The survey dove into the effectiveness of workplace policies. Employers that eliminated drug testing for THC said they saw an increase in usage and safety-related incidents and concerns about job performance. As a result, the NSC recommended that employers must establish "clear, fair" cannabis policies to discourage use during work hours and offer support for workers.

A clear, fair cannabis policy outlining impairment must be communicated to workers along with showing support, the NSC suggested. Language should be clear on use during and outside of the job. A zero-tolerance approach to those in safety-sensitive positions should be implemented.

A safety-focused, trusting culture must be promulgated throughout the company, the NSC stated. In addition to open communication, employee assistance programs (EAPs) and health care benefits for those with substance use disorders show support for workers and create the supportive culture needed. Drug testing for safety-sensitive positions should include cannabis.

Overall, training and communication is key to an effective workplace cannabis policy. Clear, consistent messaging and educating among all workers about the safety risks associated with cannabis use is key to reducing risk along with any changes to nternal policies.

Finally, employers should stay up-to-date on legislation and regulation on a state-by-state basis to ensure their policies align accordingly.