Home>Collection & Transfer>Residential
Recent
Covid’s Impact Squeezes Corporations’ Efforts to Cut Use of Virgin Plastics
May 29, 2020
The Plague of Uncertainty: The Pandemic’s Unpredictable Impacts on Recycling and Its Markets (Commentary)
May 29, 2020
Forthcoming Analysis from Pew Charitable Trusts Will Offer Solutions to Ocean Plastic Problem
May 29, 2020
The Consumer Brands Association Endorses a Surcharge on Virgin Resin
May 29, 2020
Texas Launches A Recycling and Recyclables in Manufacturing Survey
May 29, 2020
Virginia Beach Waste Crews Are Seeing Increased Volumes
May 29, 2020
Remote Testing Helps MRFs Safely Plan System Improvements
May 28, 2020
Oprah Winfrey and Katy Perry Invest in Food Waste Solutions with Apeel Science
May 28, 2020 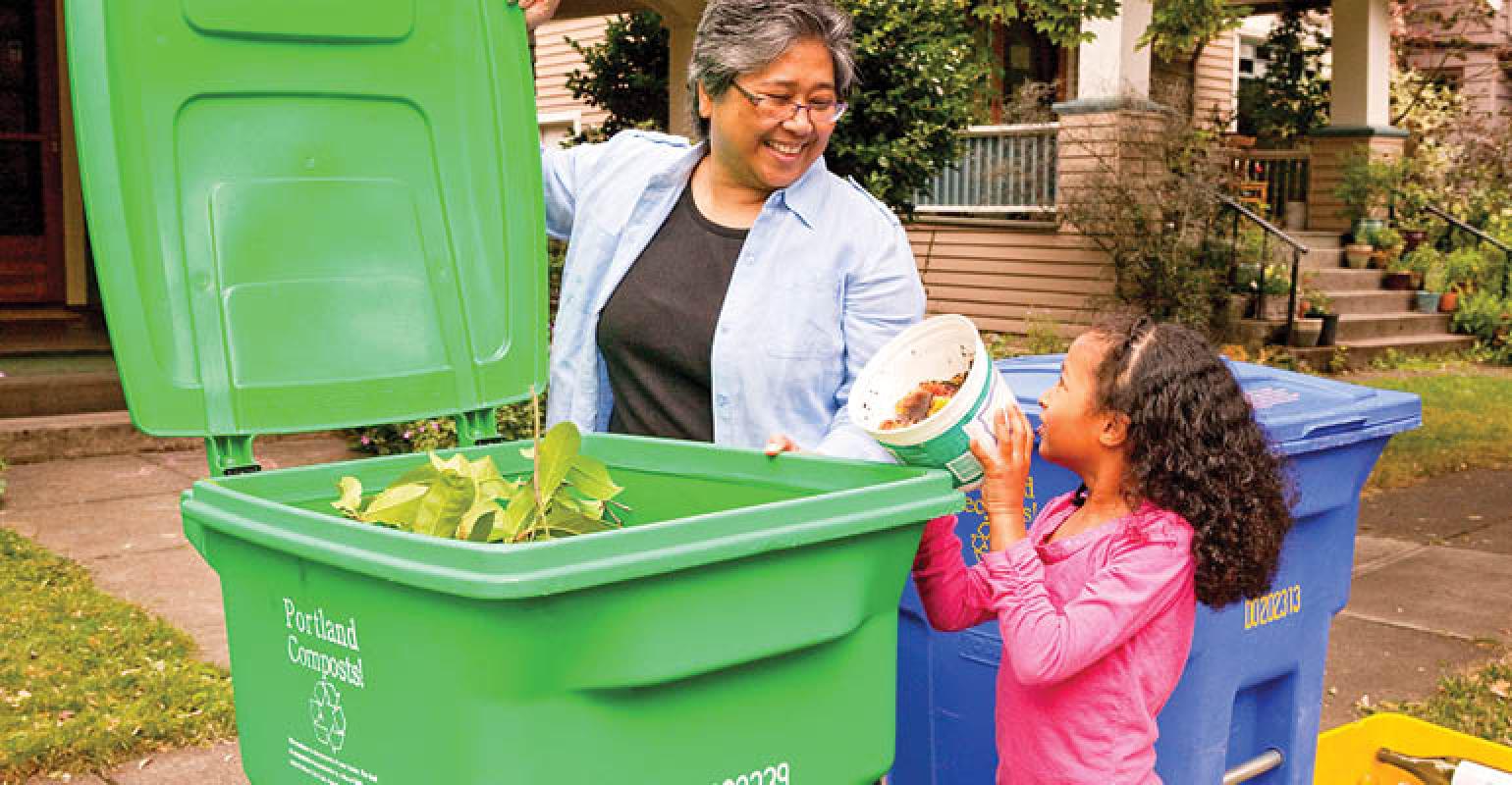 Portland implemented its system in 1992 in an effort to improve services and make routes more efficient and has since made changes to keep up with the industry’s latest trends and technologies and its communities’ needs.

Portland, home to approximately 632,000 residents, implemented a residential franchise zoning system in 1992 in an effort to improve services and make routes more efficient and effective. Since then, the city has made several adjustments to its franchise system to keep up with the industry’s latest trends and technologies and its communities’ needs.

“Before we launched the franchise system, we didn’t have an effective curbside recycling program, which is one of the main reasons why we decided to develop and implement the system,” says Bruce Walker, solid waste and recycling program manager for the City of Portland Bureau of Planning and Sustainability (BPS). “We had 69 haulers managing our collections and often a number of different haulers doing collections on the same street, which is just not an efficient system for anyone.”

When the City of Portland first rolled out its franchise system, it allowed all 69 haulers that were currently providing the city with services to get involved. Over time, companies began to acquire each other and the industry became more consolidated, eventually bringing the number of haulers down to 14. One of the unique aspects of Portland’s franchise system is that it doesn’t follow the typical bidding process. Instead, the city reviews the existing franchise agreements during a midterm review to ensure that all of the franchisees are meeting the city’s and communities’ goals. Then, the city takes the agreements to the City Council for review and approval. The city’s most recent franchise agreements were adopted in late 2012 and applied in 2013, making 2017 the next year that the city can conduct another midterm franchise review.

While the franchise agreements technically last 10 years, new agreements are approved and reviewed over the course of those franchises, ultimately superseding the remaining portion of any franchise agreement. These midterm reviews and updated agreements help provide some assuredness of where the system is going, who the service providers are and what major expenses the service providers may have over the duration of their agreements, such as truck purchases or cart purchases.

If a franchisee decides that it wants to get out of the industry or franchise agreement, it has the ability to sell its zone or business to another service provider. All transactions must receive approval from the City Council, and no franchisee is allowed to provide collection services to more than 40 percent of Portland’s customer base.

As part of their franchise agreements with the City of Portland, the haulers are required to provide residents with waste, recycling and organics collections, all of which are pay-as-you-throw. Additionally, the haulers are required to keep their fleets up to date with clean and safe trucks, meaning no trucks older than 12 years. Waste Management recently switched its Portland fleet to a compressed natural gas fleet, and Republic is making a similar move, according to Walker. “When it comes to collections, our haulers are allowed to pick out, order and deliver the carts they want for their services, but they must comply with the color and label requirements that the City of Portland has,” says Walker. “Blue carts are used for recycling, green carts are used for composting and black carts are used for waste, for example. The cart costs are included in our system’s rate mechanism, making it easy for the haulers and for the city to keep better track of expenses.”

Over the years, the city’s collection system has seen a number of changes. In 2008, the city made the switch to 60-gallon recycling carts. In 2011, the city added food waste as part of its organics collection. According to Walker, moving to the 60-gallon carts made collection safer and provided additional volume capacity for customers.

“Ever since we made the collection schedule change, customers have diverted more food waste from landfill, and they have improved their overall waste production habits,” says Walker. “We have seen a 33 percent decrease in the amount of garbage that residents are putting out on the curb, and we have seen a steady increase in recycling and organics materials. Residents are also making more of an effort to take materials that aren’t part of our curbside services to the local recycling depots.”

The City of Portland also has a strong recycling plan called Portland Recycles! A New Waste Prevention and Recycling Plan for Portland, which has four main goals: to increase the city’s recovery rate to 75 percent by 2015, to reduce toxics and greenhouse gases, to have zero growth in the waste stream and to make the city’s waste management system more sustainable. Currently, the city is just shy of its 2015 recovery rate goal and has an overall recycling rate of 70 percent. And according to the City of Portland 2016 Recycling Program Summary, more than 90 percent of residential customers recycle. In 2015, the City of Portland recycled 521, 900 tons of material, 170, 100 tons of yard waste and food waste and 387, 500 tons of solid waste. These totals were calculated by adding the commercial tonnages with the residential tonnages. Going into 2017, the city is focusing on outreach, education and continuing its strong collection services to help boost its overall diversion rates.

“For those considering a residential franchise system, I highly suggest communicating with your communities to find out what their expectations and desires are for waste and recycling,” says Walker. “The demand for an improvement on the recovery side is what really drove our program, and we have made our program work by listening to the needs of our communities and following through on their expectations. It’s also important to communicate with your haulers and those running the landfills, recycling facilities and composting facilities to ensure that they can deliver what you and your communities need.”