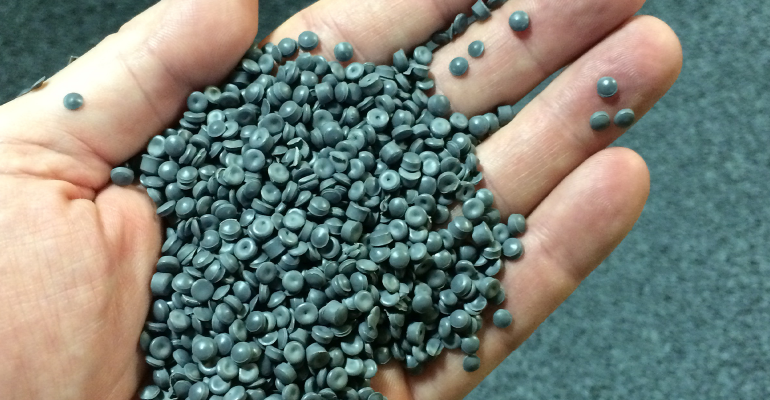 We are hearing more and more about recycling technologies other than conventional mechanical methods, with the promise they can better manage hard-to-recycle plastics, especially packaging. These processes are further broken down into categories, also with different terminology describing what seem to be the same or similar processes.

We are hearing more and more about recycling technologies other than conventional mechanical methods, with the promise they can better manage hard-to-recycle plastics, especially packaging. They go by several names: “advanced” or “chemical” recycling and sometimes “molecular.”

The three terms are often used interchangeably, so it can be hard to know exactly what to take away from recent headlines, such as Kentucky becomes the 18th state to pass legislation to support “advanced” recycling. Or Closed Loop Partners estimates that “molecular” or “advanced” recycling could double plastics packaging recovery in North America by 2030.

These processes are further broken down into categories, also with different terminology describing what seem to be the same or similar processes. Adding more confusion, while some laud them, we hear opposing views, with the Natural Resources Defense Council (NRDC) among the most vocal. Some folks who are not as strong but add caveats.

Meanwhile billions have been spent in recent years to ramp up these technologies that reportedly enable more plastic types to be recycled and to be recycled many more times while maintaining virgin quality or close. More investors are paying attention. And plastic makers are calling for federal policy to take these methods further.

A closer look at Closed Loop Partners’ report provides some clarity. By the investment firm’s definition these applications are “molecular” or “advanced.” The authors avoid “chemical” because a very few options are biological. They go on to list these nonmechanical processes and describe what they do: “[They’re] solvents, heat, enzymes, and sound waves to purify or break down plastic waste to create polymers, monomers, oligomers, or hydrocarbon products.”

The report divides these recycling methods into three categories: purification, depolymerization, and conversion. Here’s a high-level read on how they each work:

For some history, since 2017, there have been more than 70 molecular recycling projects valued at $7.5 billion announced in the United States.

The American Chemistry Council says these projects have the potential to divert more than 7.7 million metric tons—about 17.5 billion pounds—of waste from landfills annually. The Council’s members own some of the projects in this space.

“Advanced (molecular) recycling encompasses different technologies that can process different types of plastics and produce a variety of end products. This is just one of the reasons why advanced recycling is “advanced,” says Craig Cookson, senior director of Plastics Sustainability for American Chemistry Council.

On to other perspectives.

“The term ‘advanced’ recycling is generating a distracting narrative [leaving the impression] that these are new technologies coming out. That they are the Tesla of recycling and mechanical recycling is the model A,” says Steve Alexander, president and chief executive officer of the Association of Plastic Recyclers.

What’s new, he says, is the utilization for packaging applications, but many of these methods have been leveraged by recyclers for decades. Alexander named only purification as an exception.

Most fall under chemical recycling, though his preference is to simply refer to them as nonmechanical.

But whether to use the “a” word or an alternative is not the real issue. There are bigger questions to ponder, from where supply will come from to identifying which process works best in what scenario.

“Where in the system does someone make a determination that a container is appropriate for a traditional recycling process, or purification or another nonmechanical process?

How does it get sorted [if different streams go to different processes]; who does it; and where?” Alexander asks.

Economics, as with any recycling design, is a top consideration. With that comes the question: how much material will chemical/molecular recyclers need for it to be economically viable?

“It appears that the needed volumes far outweigh what’s available.  So, I think we have to stop talking about distractions and talk about where the material will come from, what process works best for what material, and how we will collect it. How do we separate it so it goes to the right stream? And what are the economics?” Alexander says.

Legislation in 18 states (with Florida, Wisconsin, and Georgia the first, and New York possibly to follow Kentucky to become #19) regulates these technologies as manufacturing rather than as solid waste disposal. Cookson says such policies will encourage investments in recycling facilities that leverage these methods; create new jobs; help reduce the amount of plastic sent to landfill; and cut greenhouse gas emissions as less raw materials will go into new plastics.

Many of the companies working on these systems, positioning them as a packaging waste solution, are aiming high.

“Most of them will tell you that they hope to someday tackle the 90% of plastics that aren’t recycled today. Sound public policy will play an important role in helping us reach this milestone,” Cookson says.

Jemley sees private enterprise taking on the task of helping to expand infrastructure, though possibly with help.

“Company-driven funding will advance and deploy the technology required.  Current economic development incentives in Kentucky may be relevant and helpful,” he says.

Many recyclers who’ve been around a while still see mechanical recycling as an integral part of the picture. While it has drawbacks, with the big one being material degradation, it consumes little energy and is a mature, well-understood process. Plus, there is no one-size-fits all replacement today.

Just over 40 technology providers surveyed by Closed Loop Partners, either run commercial-scale plants, or plan to in the next two years. But reaching scale has been on average a 17-year journey.

That’s not fast enough, the study authors say. They advocate for more investment to, in their words, “accelerate these solutions – to go from “possible” to “probable.”