Recycling’s New Crisis: Demand is Fine, but Where is Supply? 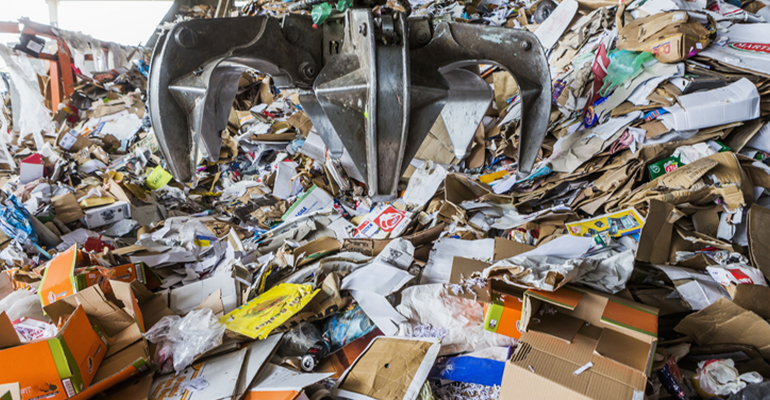 For the last three years recycling has been plagued by a demand crisis. Prices for recyclables set record lows as supply greatly exceeded demand. The press had a field day telling stories of the woes facing curbside programs.

Our demand crisis began easing early this year as scrap prices began to rebound. Now demand exceeds supply. The gap was so great that most curbside recyclables saw record-setting high prices. They still remain strong even as they are undergoing a normal seasonal decline.

Stepped up demand for recyclables, driven by growth in domestic manufacturing capacity to use recycled paper and plastic, launched the surge in prices. Those new facilities need additional supplies of raw materials. Barring the unexpected, recycling demand will outpace supply for a while.

A supply crisis differs fundamentally from a demand crisis. Instead of too few buyers, we have too few suppliers. Those of us who generate recyclables are the only ones who can cure a supply crisis. But how?

One answer is simple. Bottle deposits create a steady supply of clean, easily recyclable plastic and glass bottles and aluminum cans. They work well because of the direct interest every consumer has in redeeming their deposit. Of course, they also have flaws.  One is their negative impact on existing recycling programs. Deposits must be designed to help, not hurt, recycling.

Extended producer responsibility (EPR) for packaging and paper is often offered as a good way to increase supplies of recyclables. While America has experience with EPR for hard to recycle products such as electronics, we have no experience with it for packaging and paper. Earlier this year, Maine and Oregon became the first states to pass such a law. Don’t expect any impact on the supply gap. Those two states will provide little additional supply because they are small and they already have two of the highest recycling rates in the country. They also don’t plan to have an operating program until 2025 at the earliest.

America’s system for managing waste and recyclables is unique, as I noted in a column earlier this year. How we collect and pay for collection of recyclables has a complexity unseen in other countries. Imposing EPR on the rural and suburban areas that rely on free market subscription services will be particularly challenging. Maine gets to take the first crack at solving this.

EPR is a funding mechanism. Whether it increases supply in any significant way won’t be known for several years. For all their vaunted superiority in recycling and embrace of EPR, the European countries are unlikely to meet their 2025 and 2030 plastic recycling goals. SWANA’s recent report, “Reducing Contamination in Curbside Recycling Programs”, shows stubborn resistance to recycling even after an intense education and enforcement campaign in two towns. A bit more than one quarter of the households simply didn’t seem to care.

The reality of EPR is that while the producers may pay some of the costs, they don’t put the recyclables on the curbside. You and I do. We are the ones who will be called on to fix the supply gap.

In the past, supply crises ended when the economy softened and manufacturers needed less raw materials.  The rise of mandated recycling means we are in uncharted waters because those mandates apply to supply not to demand.

Nonetheless, one thing is certain. All the new capacity to use recycled paper and plastic will need supplies of those raw materials. I’m less worried about paper. Recycled paper is a long established raw material for an industry that knows how to find it. In those cases where investors believe the supply problems are too severe, they will cancel plans for new manufacturing capacity. That already appears to be happening.

Plastic is trickier. A great deal of new capacity has been announced in an industry that has far less experience sourcing recycled raw material supplies. Increased demand for recycled plastic is driven by voluntary and mandatory recycled content goals. Yet those goals may have the unintentional consequence of switching end markets instead of expanding them. Lower paying recycled PET markets, for instance, could simply be outbid by higher paying markets.

Given my choices, I’d rather worry about supply than demand. The market takes care of demand. You and I take care of supply. Increasing supply means creating a recycling social norm in America. That involves behavior change which isn’t easy.   Creating a lasting social norm for recycling is the challenge we are facing to close the supply gap.

The economy will eventually sour and demand for raw materials will go down.  We will once again return to a demand crisis. Until then, let’s work on creating a true recycling culture in America.