John Oliver Is Wrong: Recycling Is All About Individual Responsibility 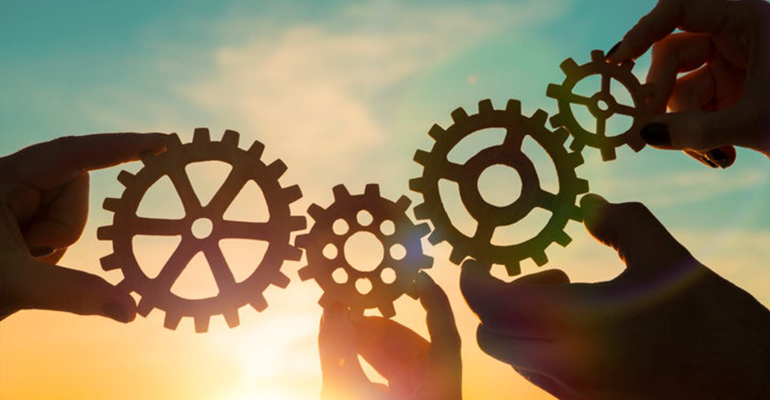 You may have seen John Oliver’s March 22 “Last Week Tonight” program about plastics and recycling. The show was a mishmash of fact, opinion and misstatement that painted a desolate picture about plastic recycling in particular and recycling in general. Oliver blamed the plastics industry for convincing us that our failure to recycle is our fault. Instead, he asserted, “the real behavior change has to come from manufacturers themselves”.

I agree with some of what he is saying. Producers can create better markets by using more recycled content in their products. Producers can make their products more easily recyclable. Producers can help pay for a better processing infrastructure. But they can’t do everything. It’s not producers who put the recyclables - or the garbage - on the curbside. It’s you and me. That is our individual behavior.

Two days after the Oliver show, the Bangor Daily News published “Mainers Giving Staggering Amounts of Trash to Donation Sites and Thrift Stores”.  It seems the pandemic caused a lot of spring cleaning. Unfortunately, the cleaners didn’t do a good job of separating their trash from their reusable stuff. In 2020, Goodwill of Northern New England paid $1.2 million dollars to get rid of 8,600 and a half tons of trash. That’s a 39 percent increase in trash and 155 percent cost increase from 2015.

Some of these trashy donations may just be “wishdonating”, or the hope that someone else wants that slightly torn sweater or Grandma’s china. Some may just be people using Goodwill as their dump. Either way, it’s individuals who are causing the problem.

Several days later, Time Magazine published “’Garbage Freaking Everywhere’ As Americans Venture Outdoors After a Year of Lockdowns”. The story graphically described a surge of dumped garbage - including face masks - littering neighborhoods, parks and highways. This irresponsible behavior doesn’t even rise to the level of “wishdonating”. It too is done by individuals.

Then SWANA’s Applied Research Foundation released the Executive Summary of “Reducing Contamination in Curbside Recycling Programs”.  This report looks at the potential for positive recycling behavior change when two Ohio communities switched from small bins to large recycling carts and increased their efforts to educate residents on how to recycle.

Households in the two towns were divided into three categories. “High Achieving” households already had low recycling contamination rates of less than 10 percent. “Learners” were in the 10 to 25 percent range while “Under Performers” were over 25 percent contamination.  High Achievers were 39 percent of the households, Learners 37 percent and Under Performers 23 percent.

The results of the new carts and increased educational efforts showed an increase in High Performers. Under Performers also increased.

Like it or not, a stubbornly high percentage of Americans are indifferent to recycling. I’m not sure why. But this has been a consistent reality since the first curbside recycling programs began in 1968.

We need to stop being in denial over this reality. Individual behavior is crucial to the success or failure of recycling programs. Until we accept this, we will continue to look for silver bullets to fix recycling. Producers can create a perfectly recyclable product or package but it still needs someone to put it in the recycling bin. Individual behavior does make the difference.

Most importantly, we need to accept the limits of policy. Legislators can enact all the laws they want, but we are the ones who make them work. Our garbage doesn’t jump into a can and walk itself to the curb. Nor do our recyclables sort themselves into the recycling cart and roll themselves to the curb. Producers can do their part to make recycling work, but you and I hold the key to their success.