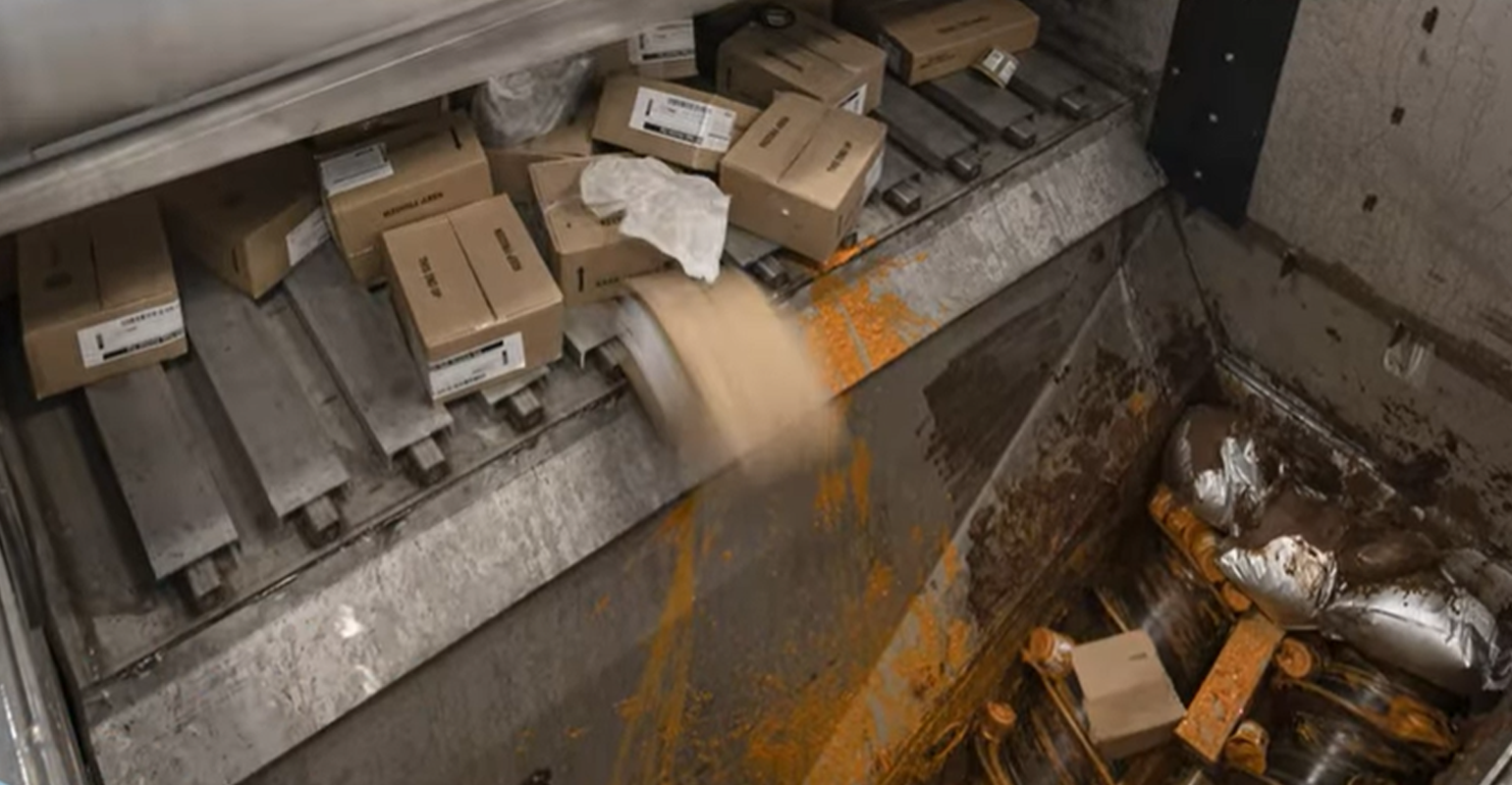 Food waste destined for landfill or incineration in Massachusetts will now be processed at an advanced Vanguard Renewables facility that opened in December 2020.

Located in Agawam, Mass., the organics recycling facility will de-package and process expired goods, off-spec batches or unsafe to eat food and beverage products which will then be transferred to one of the company's farm-powered anaerobic digesters to be converted into renewable energy.

“We have built what we believe is a state-of-the-art organic recycling facility that allows us to take organic waste in packaged or contaminated form and mechanically separate the organic component from the inorganic stream so that we can harvest the organic materials and send it to our farm digesters to be recycled into renewable energy and low carbon fertilizer," explains CEO John Hanselman.

As 2021 approaches, Vanguard Renewable estimates that it will process 500,000 tons of organic waste into renewable energy at its six farm-based anaerobic digesters in the coming year.

Waste360 spoke with Hanselman about the new facility, how it works and what it means for the state of Massachusetts.

Waste360: Did the pandemic affect your timing on the opening of the facility?

John Hanselman: It slowed the progress a bit, but it actually has increased the amount of waste that we're seeing. The disruptions in the supply chain for many different food products that we're headed for – restaurants and sporting events – those are all now showing up in bulk at the packaging facility. So, we're actually ahead of projections in terms of the quantity of materials that we're processing. We were a little late in getting all the final component pieces delivered to the site, but because of COVID they've actually accelerated the process because there are so much materials that are now showing up on that site.

Waste360: What types of volumes are you expecting?

Hanselman: The facility is built for 250 tons a day. Our hope is that over the coming year, we'll get to that tonnage. We're already well ahead of plan, and we're seeing daily increases in volume as people become aware of the capacity that they're in the market.

Waste360: Could you please explain the process from collections to creating energy to the grid?

Hanselman: Food waste is collected either in virtually any form - palletized waste, bagged waste. We get waste in Roblox containers. All of that is brought to the facility. We have a multi-step process where materials are removed from the packaging - first, the containers mechanically and then going through an auger system. It separates the rough bulk materials, and then we go through a series of steps that then do a finer and finer degree of separation. The final step is where the organic material is fully separated from all the plastics, cardboard, metal – anything that it was contained in originally and all of that streams. The part that we can't reuse or recycle as food waste goes off for recycling or disposal at the site, and the portion that is food waste, the organic component, goes into a series of storage tanks at the facility. We still grade and store the food waste based on the energy content of it.

We have a series of tank trucks that come every day and collect a balanced meal as it were for our microbes that are up at the farms. We send the tank truck up to the farms. On the farm, we have a network of anaerobic digesters. These are huge million-gallon vessels that we heat and mix and blend. We add that food waste to the animal manure that we collect from the farm. The naturally-occurring microbes that are in the gut flora of the cow actually eat the food waste and emit methane. We collect that methane, and we use that either as renewable natural gas or as non-bio gas to fire - a combined heat and power generator - to make renewable electricity.

Waste360: Who benefits from this power creation?

Hanselman: There are three benefactors of renewable energy. First is the farm. Our farm partners get green renewable energy for their farm operations. It's a reduced cost for them; they get cheaper power. The second benefactor is the community. Each one of our digesters powers about 2000 homes worth of electricity in Massachusetts, and their thermal energy needs outside of Massachusetts. So, it’s a huge benefit. And the third is the planet. Methane, which is the gas that we capture from the decomposition of food waste, is one of the most corrosive greenhouse gases out there. It's 40 times more damaging than Co2 to the environment. So, sequestering that - getting that out of getting those greenhouse gases out of the atmosphere - is really the most important thing that we can do.

Waste360: How much food waste can potentially be diverted from landfills?

Hanselman: I would say probably 75 to 80% of the organic component that's in a landfill could actually be reprocessed. We can't do anything containing glass. So, because all of our food waste ends up on farms and is used as fertilizer, glass as a contaminant ends up being unacceptable to the farmland.

Waste360: Do you feel like contamination will be a challenge going forward?

Hanselman: 100%. The best D packaging systems that are available in the marketplace today still struggle with the last 5% of contamination. And that's really our goal in building these systems is being able to remove that piece. But there's no question. Contamination is always the challenge

Waste360: You mentioned that customers have been unable to separate their materials prior to bringing them to the facility. Why is this, and what barriers have you seen to their participation?

Hanselman: The challenge for any manufacturing or distribution process is they're already pushed to the absolute limits on their performance and this is asking [the customer] to incorporate a new process step or a new requirement in their manufacturing and waste disposal plan. It's really hard and something that requires training. It requires education. It requires diligence. Taking that away, and saying,  "look, just get us the food waste in any form that is easy for you," lowers that barrier to entry. And all of a sudden, it's really easy for them to be climate-conscious and to be moving towards a greener economy. And all of them want to do that. All of them have made the commitment to a better environment, and we just have to build the infrastructure so that they don't have to do the work on their side. And we'll do the work on our side.

Waste360: Is this a model that could work in other areas/regions?

Hanselman: It's absolutely transportable, and we will be taking it. Our plan is to replicate the organics recycling facility in each of the top 25 metro areas in the U.S. over the next five years.

Waste360: What are your plans and next steps for this facility?

Hanselman: As the facility itself, I think we're just going to see more and more volume going through there, and that's incredibly exciting for us. It's especially helpful to our farm digesters. Having a cleaner, more balanced feedstock to the digesters is incredibly helpful to our farm operations. The second part is probably kind of a bigger trend that we're seeing. This goes through the whole formation of the foreign parts strategic alliance as we have made it easier for food waste generators to move towards separating and sending their organic materials off for recycling, I think we're gonna see a major trend. I mean, people have been talking about recycling organics for the last decade. We've been doing this for the last seven years.

When you remove the barrier - when we ask a customer to separate their organics and to clean up the contamination - it's a lot of for us to ask them to do. So, they are hesitant, and they've been slow to adopt. Now we can simply say to them, "throw it into roll-offs and send us the pallets."  It's super easy for them to now make that step. The increasing volume that we're going to see at the orphan, all of the new works that we're building across the country, I think is actually reflective of a much larger trend, which is for food manufacturers, retailers, distributors, to really be looking at how they can take the next step in climate change reduction. And that's the thing that we're we're most excited about. We're just building infrastructure so that they can do the right thing.