An In-Depth Look at the EPA's National Recycling Strategy 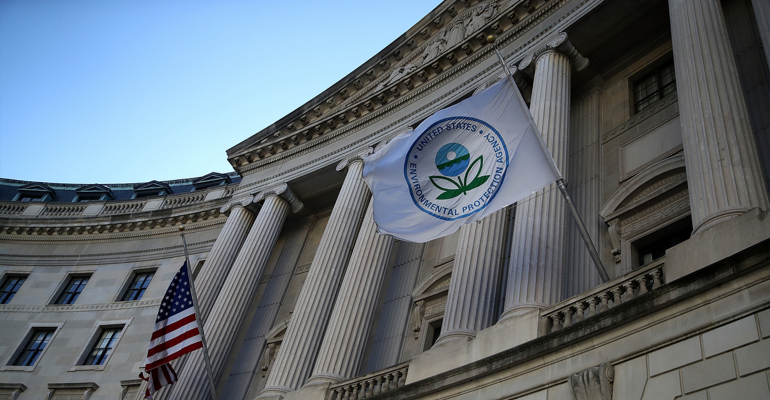 America's recycling rate was "well below" 10% in 1970 at the inception of the Environmental Protection Agency (EPA), EPA Administrator Andrew Wheeler told attendees of the third annual America Recycles Summit.

The establishment of the agency allowed Americans and the U.S. government to better focus on issues affecting the environment, leading to an upsurge in recycling rates in the 1990s that plateaued in the mid-30% range. The rate has since hovered there, last measured at 35% in 2019.

"Recycling is key to maintaining domestic supply chains, while conserving our natural resources and it's a vital source of jobs," Wheeler said. "EPA has led a revival of the U.S. recycling system, which faces significant challenges, ranging from consumer confusion to reduced international markets and old recycling infrastructure that has not kept pace with modern materials streams."

Aiming to end decades of stagnation, Wheeler announced the EPA's goal to bolster the nation's recycling rate to 50% by 2030.

He explained, "As a nation, we are blessed with abundant resources. And we all want to protect the value of those resources, so future generations can enjoy and benefit from them. We know that recycling is one of the most widely available ways to have a positive impact on the environment, from children in schools to families in the suburbs."

To achieve this goal, collaboration at "all levels of government and across the value chain" is paramount to success. And the National Recycling Strategy, set to be finalized in early 2021, is the proposed mechanism that will progress the nation forward. The EPA released a draft providing a high-level overview in October.

1. Reducing Contamination in the Recycling Stream – This ensures that clean recyclable materials can be processed and made into new products. "The idea is to go back to the basics, recycle empty and dry cans, paper and clean cardboard and keep food and liquids out of the recycling bins,” Wheeler said. “No plastic bags are wrapped should be in recycling bins. They should instead have separate recycling bins at participating grocery and retail stores."

2. Increasing Processing Efficiency - This will be achieved through improvements and updates at MRFs and at the collection level. "We need to invest in new equipment upgrades and expand access to curbside recycling for more Americans," he stated.

With a focus on those three areas and an overarching goal, Wheeler anticipates a shift in the nation's recycling ecosystem should a collective effort be made.

Following his remarks about the National Recycling Strategy, Wheeler introduced Shinsuke Sugiyama, Japanese ambassador to the United States, who applauded the countries’ relationship on environmental issues.

Sugiyama recalled the G20 held in 2019 in Osaka, Japan, which focused on the intersection of sustainability and competitiveness. He also described recycling in Japan and drew parallels to the proposed National Recycling Strategy.

“In Japan, each municipality has its own rules for waste disposal, and people separate waste and recyclables into many divided categories,” he explained. “Indeed, people are highly aware of the importance of separating waste, and recycling. And then separation is commonplace in our lives.”

The country is ramping up efforts to reduce plastic waste, targeting Southeast Asia as a primary source of marine pollution.

“In a recent policy speech, newly the Prime Minister [Yoshihide] Suga spoke about the virtuous cycle of the economy and the environment and he spoke about how it will be a pillar of Japan's strategy for economic growth,” Sugiyama said. “I believe that today's gathering is based on the same spirit.”

He continued speaking about how recycling is a required component of economic growth and environmental health.

Pete Lopez, U.S. EPA Region 2 administrator then zeroed in on America’s regional efforts to improve the recycling ecosystem. His narrative drew references back to his work in New York, likening the EPA’s different regions into state counties that report upward.

“They work in support of the leadership at the Capitol. They're capable of interacting with the groups and the individuals where they work intensively and where they live, very critical factors,” Lopez explained. “So they are uniquely positioned to work intensive intensively and collaboratively with stakeholders to increase recycling rates and establish national markets even as they bring information and ideas back to headquarters to inform the national perspective.”

The EPA’s national goal will be “amplified” and “accelerated,” through the establishment of coalitions between entities in the local, regional, government, for profit, educational and nonprofit sectors, he added.

With both global and local efforts explored, Peter Wright, U.S. EPA assistant administrator for the Office of Land and Emergency Management, elucidated on the four issues that will be addressed with the implementation of a National Recycling Strategy:

Wright cited the work of the EPA career employees in identified the problems in the U.S. recycling system, which led to the launch of the Americas Recycle Summit and other efforts to find solutions to a broken value chain.

“This refers to the various items that consumers throw away after their use,” he said. “The National Recycling Strategy identifies short- and long-term actions to improve the recycling system that can be taken by anybody, and not just by EPA or the federal government.”

First is the issue of addressing contamination at the residential level. Because it affects the quality of recycling materials, contamination makes the bale less desirable in the marketplace. The EPA plans to improve and increase public education and outreach to alleviate the issue.

“As it's been said, people want to recycle, but they continue to be confused about what to put in the bin, and it depends on where they live,” Wright said. “We need to increase access to information about recycling, for example, by sharing best practices, and analyzing different recycling policies, so that we shape the path forward for consumers and make it easier for them to follow.”

The second objective addresses the aging infrastructure of MRFs, which have not evolved along with the different materials used in consumer products.

“Unfortunately, new products are not always designed to be well matched to the ability of existing infrastructure to recycle them,” he said. “We need to look at the infrastructure as it exists today and figure out the gaps and needs. We need investments to make improvements to the existing infrastructure funding is available, but it's not always easy to find. We recognize that innovative technology can improve sorting efficiency at MRFs, and more research and development on technologies is needed.”

Product design also is a priority.

“We also need to take a step back and see how we design products in the first place to see whether they’re designed to be easily recycled at MRFs,” Wright said.

Lastly, standardized definitions, measures, targets and performance indicators are needed to allow for a common recycling language to be adopted.

When it comes to the National Recycling Strategy’s third objective, strengthening the market for recycling, sparking demand is key. Wright called for interested parties to publicly comment on the draft document before December 4, 2020.

He said, “we want to make sure that it covers all the right things. Specifically, we're interested to know what actions people think are the most important.”

Following the comment period, the EPA’s next steps are to develop a roadmap for implementing the strategy.