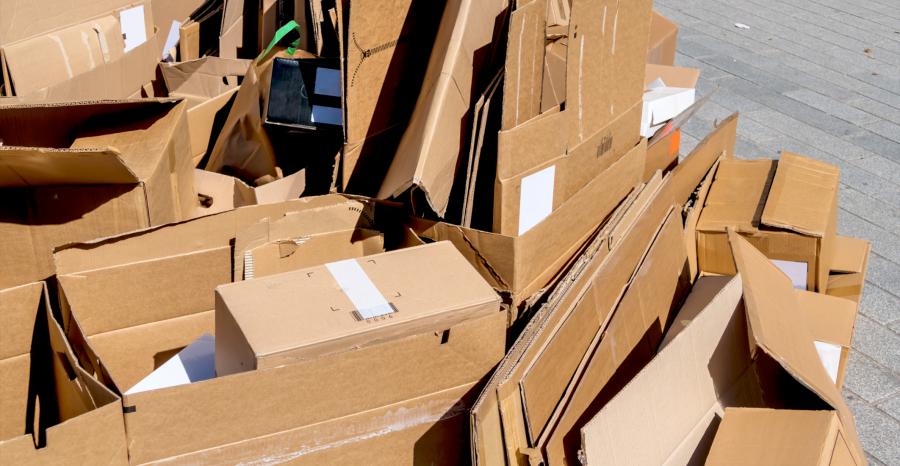 Aspen Generates More Waste by Ending Cardboard Recycling for Businesses
Aug 13, 2020
Over a month ago the City of Aspen suspended cardboard recycling for businesses due to a $16 million budget cut...

How to Recycle Cardboard — and Why it’s Important in the Era of COVID-19
Jul 16, 2020
Does your business or organization generate cardboard waste that is not being recycled? An increasing number of...

Coronavirus Could Spark Cardboard Shortage in UK
Apr 02, 2020
The suspension of recycling collection is causing concerns about a looming fiber shortage.

Republic CEO Talks Cardboard Recycling with CNBC
Dec 10, 2019
Slager discusses the rise of e-commerce and the domestic cardboard crisis with CNBC’s “The Exchange.”

The Rebirth of Cardboard Production in America
Mar 25, 2019
China’s import restrictions have been a boon for American paper companies making new cardboard out of used boxes.

Nova Scotia, Canada, Moves to OK Thermal Disposal of Plastic, Cardboard
Jan 18, 2019
However, critics argue the province is failing to take the lead on the reduction and elimination of single-use plastic and...

Uncertainties Abound for Hong Kong's Cardboard Collectors
Aug 28, 2018
As China bans waste imports, the livelihood of 2,900 cardboard collectors in Hong Kong could be at risk.

Cardboard Will Be Banned from Lincoln, Neb., Landfill on April 1
Mar 26, 2018
The city has almost doubled its capacity for cardboard in preparation.

Recycling Centers Struggle to Manage Uptick in Cardboard Boxes
Jan 03, 2018
This material uptick is due to a record online holiday shopping season.

Lincoln, Neb., to Ban Cardboard from Local Landfill
Jan 24, 2017
In an effort to reduce that number, the City Council is reviewing a new ordinance that would ban cardboard from the city landfill.
Load More