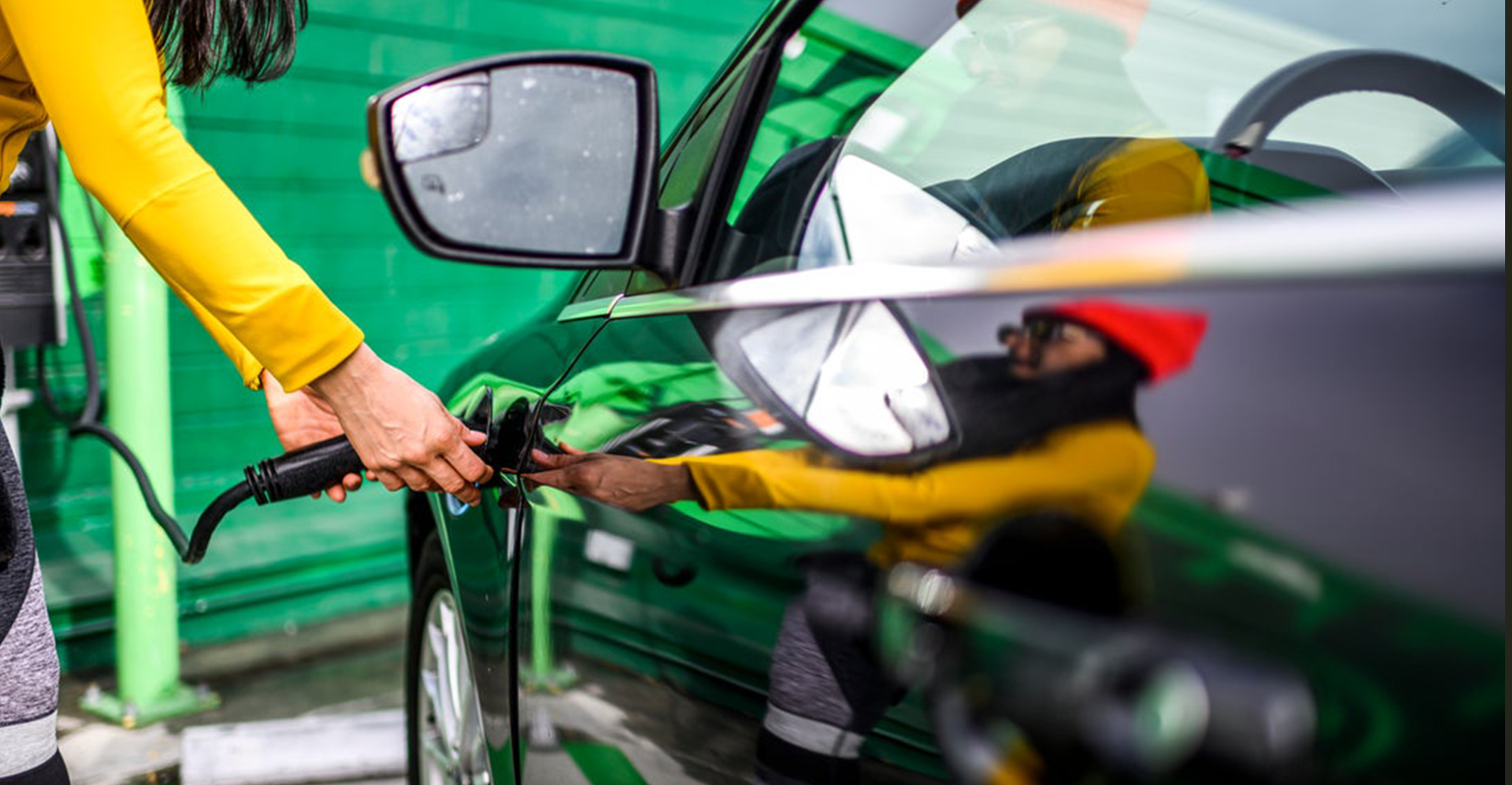 Leo Raudys has spent most of his career navigating environmental policy and regulation.

Over the last 18 years, he has worked in government and private sector on compliance and sustainability in roles with Microsoft, Best Buy and Minnesota's Pollution Control Agency. Raudys joined Call2Recycle as CEO in January 2021, succeeding Carl Smith, with the goal of leading the battery stewardship organization during a seismic shift in lithium-ion batteries as vehicle electrification comes to the forefront of the auto industry.

Waste360: What plans or goals do you have with Call2Recycle? 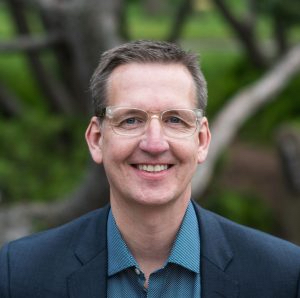 Leo Raudys:  I think my role at this point  is really to listen, and learn and really just absorb all I can from the great staff we've got. We've been around for about 25 years, and we're the nation's first and largest consumer battery stewardship organization. I would say, just as an overall context, I came into the job and actually joined the organization because I'm pretty excited about where things are headed with batteries. It's really at the core of where pretty much everything is going throughout the economy. And it's pretty keen to basically everything we're trying to do to reverse the damage of climate change. I would say that my original thesis coming in was that we had a pretty significant role to play as it relates to the massive transformation that's happening in society powered by batteries. And I'm finding that to be the case.

We are set in the center of several different sorts of key sectors as it relates to batteries and the economy overall. You've got a civil society with advocates and other partner NGOs that we work with. And then there's there's government or regulators, R&D. We work with research and development agencies and also regulators at the state, local and federal level, and then OEMs. And people are using batteries and things like that.

We're looking to continue to grow the work that we do in the consumer battery space. We're the largest collector of batteries in the United States and Canada. We're going to build on that because it's actually a great foundation for us to be able to apply all that experience and expertise in what's ultimately going to be a much, much bigger world of batteries, which is beyond commercial industrial scale - thinking about things like vehicles, data center batteries, grid storage batteries. These are main cases, and the scale of that is going to be quite significant. We're in the process of evolving ourselves to basically move into those areas. We're doing that by running some pilot projects with OEMs, with waste facilities, other service providers and things like data center batteries, etc. What we're trying to do is to bring some order to the chaos because it's still a fairly unformed space.

Waste360: How is the rise of electrification impacting the lithium-ion recycling process? Where do you see it going in the next few years?

Raudys: We're just seeing a massive amount of innovation and investment into the space. It seems like every week, there's a new announcement of a processor setting up whether it's in Arizona or somewhere else. And so, the capacity is starting to get put into place because I think the market is seeing that there's going to be a huge demand for properly recycling these batteries and recovering these valuable materials. It's just a tremendous amount of growth. I think that's fairly obvious. There are a couple of different reasons. One is lithium-ion batteries are a pretty superior technology in terms of energy storage and production. It's increasingly competitive with fossil fuels and that's a good thing. It also allows us to have very portable lives. In pretty much everything that we do these days, it's more likely than not that something that you're using or holding has a rechargeable battery. And so it's really just a new way for powering our lives. But the bigger thing is this move to our electrification is at the core of how we're going to solve climate change.

If you think about President Biden's announcement that the U.S. is going to commit to having our carbon emissions down 50% by 2033, that's a pretty aggressive goal. That's not going to happen without significant electrification, which does not happen without these batteries. And you know, that's whether it's an electric vehicle rolling down the street that replaces an internal combustion engine. But it's also energy storage for grid storage, or for grid application. So if you're building a solar or wind farm, you need to make sure you've got a reliable grid, you're going to have to install some significant amount of lithium ion batteries, those are eventually going to have to come out of service. And generally, we're talking about five to seven years, until buildings are already starting to come out of service. Batteries really are the core, biggest transformation we're seeing in the economy, the global economy, since the first Industrial Revolution. It is just that big. And it's actually going to happen a lot faster.

Waste360: There's been a lot of talk about extended producer responsibility (EPR) and what that looks like. How would that impact Call2Recycle and possibly any partnerships that might come from it?

Raudys: It seems like there's been sort of a reinvigoration or new energy behind EPR with batteries. We just saw recent legislation passed in DC, and there's a pretty big bill  moving forward in the legislature in California. There's definitely a lot of attention behind EPR and batteries specifically. I think it's a reflection of the fact of what I just talked about, which is batteries are everywhere and they're pretty pervasive in our lives. I think there's a lot of people, whether it's waste haulers or processing facilities, cities, counties, advocates, OEMs - everybody's got an interest in making this work better. So, I think that's why you're seeing a lot of energy building up. And I think our strategic partners say too, that we're an objective and passionate voice in this conversation. We're pretty regularly giving people advice data on how EPR works, whether it's in the U.S. or Canada or abroad. And we think it's going to continue. So how it affects the market, the people that we work with, I think it just heightens everybody's attention and focuses on making sure that we continue to have a vigorous approach to recycling, because we're just gonna get more batteries. So, we want to make sure we keep doing this right.

Waste360: What does the circular economy look like to you? How do you plan to employ your own vision and work that into Call2Recycle's vision?

Raudys: This is a huge area of focus for me and for the organization. I cut my teeth into corporate sustainability working on circular economy when I was at Best Buy. We put in place a pretty significant electronics recycling program and worked on circular economy issues for many, many years. That was a big deal for us because we wanted to make sure that as these batteries continue to proliferate and that we're not creating problems on the back end.

Post first use is something that we need to do a much better job at in terms of making sure that's circular, and you want to do that for a few different reasons. Everybody thinks about the environmental reasons, but they're also key strategic reasons. The federal government is thinking about this, how we make sure we can return these materials back into the supply chain, because it's safer, more strategic and it's environmentally more beneficial to not keep mining materials.

I talked about climate change. I think we have to do a better job of understanding what the climate impacts are of the reuse and recycling parts of the supply chain. The best way I can describe it is if you think about the climate impacts of reuse and recycling of batteries, think of it as a balloon that's full of carbon dioxide. Over time, you don't want to keep squeezing the balloon so it keeps popping out everywhere else; you want to reduce the size of the balloon. We need to reduce the carbon dioxide everywhere.

We're starting to focus on understanding the carbon impacts of the supply chain. The vision for this is to bring that down as low as we possibly can so while we're actually employing these batteries to reduce climate impacts, we're doing that throughout the supply chain. That's the circular piece. And the other piece on the waste side is we'd like to have a better accounting and a better handling of just what the full lifecycle waste impacts are so that we can make sure that when they're being processed, we move as closely as possible to a circular approach so that every single material somehow gets back into the supply chain.