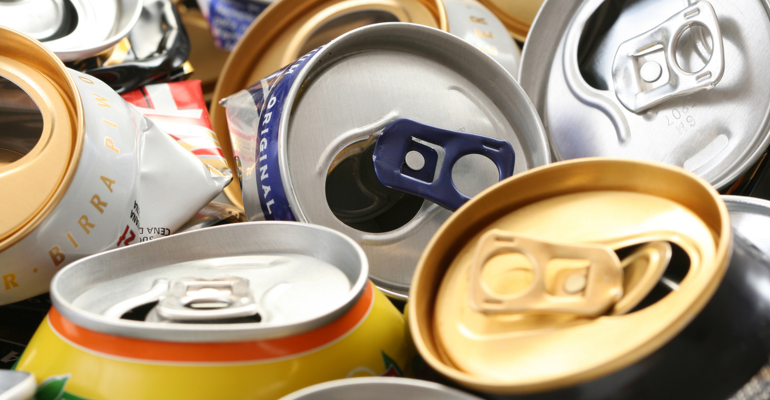 California had a goal to hit 75 percent diversion by this year, but it’s falling substantially behind, with a 40 percent rate in 2018 (from CalRecycle’s most recent reporting).

Some of the main hindrances to reaching its target have been contamination, lack of markets, lack of recycling infrastructure and no cost-effective way to fix the problems.

These are among the reasons that the legislature mandated CalRecycle to appoint a commission to address the issues and come to a consensus on solutions. The new Statewide Commission on Recycling Markets and Curbside Recycling recently became law under the California Recycling Market Development Act, and already has some important deadlines pending.

“The commission was created because there is a crisis in our industry, and our haulers, nonprofits and everyone in this space knows we are not achieving our goals. In fact, we are going backward, so we need to bring stakeholders together to publicly discuss problems,” says Heidi Sanborn, chairperson of the California Commission on Recycling Markets and Curbside Recycling and executive director of the National Stewardship Action Council.

The group, launched in June, is composed of four committees and 16 members with varied expertise and from different sectors, including non-governmental organizations and other nonprofits, private and public waste management sectors.

This move is a first for California; never before has it brought together a diverse group who is required by law to come to an agreement on policy recommendations—recommendations they will present to the legislature or any state or federal agency.

It’s a lot of different ideas from many stakeholders trying to figure out how to effectively recycle, statewide; and coming to that aimed-for consensus likely won’t be easy. But Sanborn believes there could be positive outcomes for California and that the group’s efforts could possibly be a catalyst to groundwork beyond.

“If you can get 16 stakeholders to agree on anything, chances are good that their recommendations will apply to other states and the nation,” she says.

The four committees were chosen based on priorities laid out in the California Recycling Market Development Act and include:

1) Market Development: focusing on how to create and strengthen end-market demand for materials in recycling bins;

3) Recycling: analyzing what Californians are putting in bins and determining what actually is recyclable;

4) Labeling and Media: Recommending a labeling system and education outreach to reduce contamination and increase the capture of recyclable and compostable materials.

So far most of the work has been foundational, with the committees finetuning their respective goals. Each meets separately, then they convene as one group to report and discuss progress.

There is a public meeting process so residents and others can learn, via live webcasts, of the volunteer Commission’s work and so they can comment. Meeting minutes are available at the Statewide Commission on Recycling Markets and Curbside Recycling webpage.

Nick Lapis, advocacy director for Californians Against Waste, a nonprofit that co-sponsored the bill with Republic Services to create the commission, serves on both the Organics and Recycling committees.

He sees China’s National Sword as a pivotal event that led to the decision to launch the Commission. And he believes China’s policy will force the Commission to address big issues.

“China’s National Sword exposed that we thought we were recycling a lot that was going overseas that was not actually being recycled.  Now that we are forced to deal with it ourselves it puts an obligation on us to create markets. And it highlights that a lot of materials that were being shipped are not currently recyclable.”

He points to two resulting priorities for which these realizations call. The first is to promote honesty and transparency about recyclability from a public perspective.

“Part of that is not letting manufacturers ride on the coattails of other products with the same resin,” he says.

He points as one example to polyethylene terephthalate (PET). PET bottles are highly recyclable and accepted in almost every local recycling program. But manufacturers are making other products from PET believed to be recyclable that sometimes are not (like salad and fruit containers) that contaminate the bottle stream.

“So, the Commission is focused on ensuring transparency about what’s being recycled and what is not, as opposed to having broad categories. We think this transparency will drive better manufacturer behavior and consumer purchasing habits,” says Lapis.

The second priority he points to is the need to create markets once these materials are better managed.

“These two concepts—transparency and market development—are connected,” he says. He explains by making a projection: once manufacturers must get their products recycled, market development and infrastructure will start to advance.

While the commission has been laying the foundation since June of this year, the real policy recommendations are just starting to come.

Meanwhile these members are on a relatively tight timeline. They will have to make preliminary recommendations by January 1, 2021, and to issue final recommendations by July 1, 2021. A list of what is determined to be recyclable and compostable is also due July 1.

“I think we have a decent sense of a lot of these recommendations, but comprehensively addressing all issues will take a lot of work.  And this work will be ongoing because recyclability is not static. We are hoping to change what is recyclable. If we build markets for some of these tougher materials, they could become recyclable,” says Lapis.

Jan Dell, an independent chemical engineer and founder of The Last Beach Cleanup, which addresses plastic wastes, is on both the Label and Recycling committees.

She commented specifically on the commission’s curbside recycling focus.

“As far as defining for California what goes in the bins, we are calling this ‘the great reset,'" she says. "This is a diverse region, and everyone needs to be able to understand what is compostable and what is recyclable. A lot of education has to happen. And we need to reset previous ‘wish list’ mindsets of what should be recycled."

His operation works in collaboration with the Teamsters Union for Truckers.

“The infrastructure of this country is operated by large corporations that have a stronghold on the economy, so what I bring to the conversation is the perspective of working people who are essential to bringing commodities into the marketplace,” he says.

In his role, Valle is working to shed light on the realities of how materials are collected, processed, shipped, and in general how the whole chain of custody is followed.

“We have been relying on export markets for plastic and fiber and now those have gone away, with one reason being that we were sending contaminated materials to other countries …I hope we can enlighten and bring to surface the reality of recycling and do away with the mystique that it is always being done ethically,” he says.

The need is clear, Sanborn says.

“This is a time we need a breakthrough from tension in our industry that’s resulted from a lack of markets and proper design of products and arguments over who is going to pay," she adds. "But under tension you can have breakthroughs. It’s forcing everyone to sit at the table and publicly discuss until we can hammer out solutions.”