Are Recyclers Really Saving the Trees? 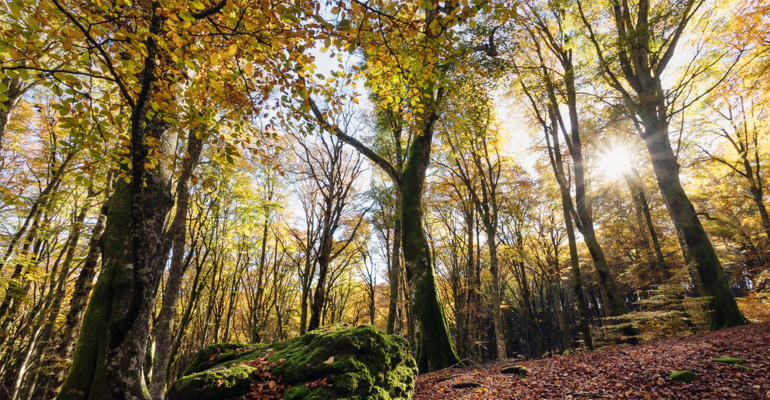 Whether you’re a veteran or a new convert it’s likely that the beneficial outcomes motivated you to recycle. You may have discovered that recycling a specific material saves millions of gallons of water. Maybe you were surprised to learn that it could conserve enough fuel to fire up all your neighborhood’s propane grills for the next century.

For the past thirty years, we’ve been told by the paper and paperboard industry that by recycling 2,000 pounds of newsprint we could save 17 trees. That figure varies slightly depending on the type of paper produced, but the idea remains the same. According to the American Forest & Paper Association (AF&PA) the United States now recovers 67% of all paper and paperboard produced. Apparently, the messaging was successful. Who doesn’t want to save trees? Afterall, we’re the only ones who can prevent forest fires, right? Well, maybe not.

Recyclers might be surprised to know that there is indeed a fire burning. It might not be in the forest, but there is little doubt the very trees their recycling efforts meant to save are now going up in smoke for another  “green” cause. Whether it will have a positive or negative effect on climate change is a contentious topic around the globe with the bottomland forests of the Southeastern United States  caught in the crosshairs.

The paper industry uses about 35% of the trees harvested in the United States each year. The entire process from the time a tree is felled until it becomes paper creates significant quantities of residual wastes. At one time these wastes were landfilled or left behind to decay and release methane. To offset the intensive energy demand of making paper, the mills self-generate 65.2% of their energy needs via biomass energy. Recognizing the pulp and paper industry’s massive consumption of energy derived from fossil fuels, forestry and climate experts conceded that the transition to biomass using by-products from forest industry processes was an environmental improvement for the industry. Pulp and paper mills are now energy reliant on the residuals of logging, lumber mills and the paper mill process, but they’re not the only industrial sector using wood solids to produce energy.

Roughly ten years ago, there was strong political and financial support for development of a widescale biomass energy sector. In fact, in this $50 billion industry, biomass facilities continue to receive healthy subsidies. This is particularly true in the European Union where to meet the clean air goals countries rushed into retrofitting old coal fired power plants to biomass on the assumption that CO2 emissions from burning wood can be ignored. This carbon neutral viewpoint stems from an interesting  ‘loophole’  in the United Nations carbon-accounting criteria. It designates biomass as renewable energy under the belief that new trees can be grown to absorb the carbon released when harvested trees are burned. Opponents challenge this theory as reckless based on the timing of the combustion and the span of years it takes to grow trees mature enough to capture the equivalency of the carbon released in the burn. (generally accepted at 30-100 years)

Nevertheless, countries have sunk millions of public funds into these facilities and related support systems. The questions on the table now are can the industry survive without subsidies, and can government justify the subsidies based on the lingering environmental challenges.

Redefining the Forest for the Trees

The U.S. Energy Information Administration reports  that wood solids were the largest feedstock for U.S. biomass energy plants supporting 30% of total biomass and waste electricity generation in 2018. People think of biomass as  organic material from plants, such as grasses,  straw, crops or wood, and animal waste, such as poultry litter. They don’t typically envision whole trees harvested for the sole purpose of combustion. Much like the UN’s view of carbon neutrality, it seems that the criteria for what constitutes a “tree” is also under debate. It resembles the views which designate some fruits and vegetables as “ugly” and unmarketable, thus shifting it into the “waste” category. Groups like the National Resources Defense Council and the Dogwood Alliance believe that whole trees are dropping into the mix to manufacture the pellets under this guise.

Competition for Pulp and Paper Mills

Scientists agree that pulp and paper mills utilizing residual wastes  for biomass energy production is tolerable. It manages an existing waste and does not lead to the additional harvest of wood. There is growing concern, however, that capacity for using industrial and harvest residues is exceeding the supply. According to USDA Foreign Agricultural Service data for 2020 , the U.S. exported 7.26 million metric tons of wood pellets which fire the biomass furnaces, up 12 percent from 2016. Enviva is the leading pellet manufacturer with nine plants and growing in the Southeast US. It currently produces more than five million tons of pellets per year, which feed Drax, the UK’s largest source of electricity from biomass.

Recently, a Politico  reporter shared his observations of trucks delivering wood to Enviva facilities. The trucks were bringing in whole pine and hardwood trees as well as wood chips, or in other words pulpwood,  the same material sought by mills to manufacture paper. More than half the forest land in the U.S is owned and managed by about eleven million private forest owners, mostly individuals and families. In 2018, private forest lands provided 89% of the feedstock for domestically produced wood and paper products. The demand for wood pellets and the ability of a subsidized industry to pay higher prices could easily tempt private foresters to manage and market their forest lands to cater to a new industry.

In February, more than 500 scientists and economists cosigned a letter beseeching world leaders to end subsidies currently driving the explosive demand for wood pellets. They claim that subsidies coupled with the notion that burning trees in biomass facilities is emissions free are contributing to rapid consumption of forests. Supplying just 2 percent more global energy from biomass, they estimated, would require doubling total global wood harvests. Recipients of the letter included United States President Biden. While President Biden frequently talks about a net zero carbon policy, there is great uncertainty on the direction this administration will take  regarding biomass. The confirmation of Michael Regan, the former Secretary of the North Carolina Department of Environmental Quality (DEQ) to lead the Environmental Protection Agency  only escalates the speculation. While Regan’s written policies rejected biomass energy as a false solution to climate change, during the same period the wood pellet industry in North Carolina rapidly expanded to five operating wood pellet facilities. Granted, Regan was bound to enforce whatever regulatory requirements were on the books, but the board support his nomination received from biomass trade industry groups is more than interesting.