An American Version of EPR 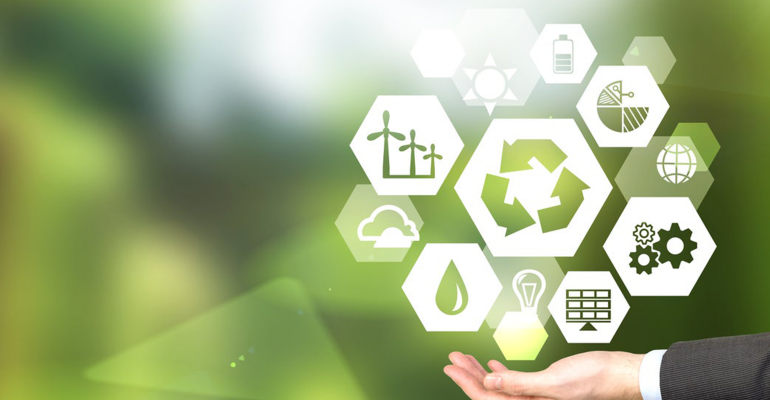 “Make the manufacturers pay” has become a popular solution for recycling’s problems. It seems simple after all, that if producers pay for recycling instead of local governments, taxpayer money can be used on other services.  Moreover, by “internalizing” the recycling cost, manufacturers will find ways to make their packaging and products more easily recyclable.  Sounds great doesn’t it?

These product stewardship laws, also known as “EPR” for “extended producer responsibility”, are somewhat common in the United States.Thirty-three states have laws covering products that are hard to recycle or contain hazardous constituents. They include, for instance, electronics, paint, carpets, mattresses and mercury-containing thermostats. The programs have been somewhat successful in increasing recycling of those products but have done little to make them more easily recyclable or otherwise change their design.

Product stewardship for packaging and paper products can be found throughout Europe, in five of Canada’s ten provinces, and in other parts of the world. They cannot be found in any American state. Perhaps, that is, until now. Legislators in nine states are likely to consider statewide producer responsibility legislation this year.  But as they try to establish these programs, they will struggle with the reality that, as the head of the Product Policy Institute said years ago, this type of EPR is “simple in concept, complex in execution”.

A significant part of that complexity is caused by the way waste management evolved in the U.S. Garbage collection started locally in the late 1800’s as a public health system. Instead of communities adopting the same way of dealing with refuse, they went different ways based on local circumstances. Municipal recycling programs began later, largely for resource conservation purposes, but continued that pattern. As a result, our 50 states, 3000 counties and more than 10,000 municipal governments have not adopted a uniform approach. In some states, in fact, counties may have primary authority and write the solid waste plan, but incorporated municipalities do not have to follow that plan or use the county’s program.  All garbage is truly local.

The most common argument for EPR is that taxes are used to pay for waste and recycling services. If the producer pays, advocates say, local governments can spend those tax dollars on other services.  This is only partially true.

Instead of taxes, many Americans pay fees that go to a dedicated fund for waste and recycling only, not to the general tax fund. Also, instead of paying taxes, many householders directly pay their hauler for trash and recycling collection.  Those costs can be part of a franchise agreement between the government and the hauler or they can be ”subscription” service in which individual hauling companies compete for customers. Residential franchises are common on the west coast, subscription services in many rural, exurban and some suburban parts of the country.  In franchise and subscription areas, local governments may spend tax dollars on oversight, recycling education and enforcement, but not on collection and probably not on processing.

We also have a great deal of variety in how recyclables are collected.  Some cities use dual stream, more use single stream. Some just use drop off boxes. Both local governments and the private sector own processing facilities.  Most local governments are likely to use a facility located in another jurisdiction.  In my home county, dual stream is the county’s collection system, except in one municipality which chooses to use single stream.  How we manage and pay for waste and recycling in this country may look like a crazy quilt, but we are too big and too diverse for one size to fit all.

This is a problem because we have no examples from other parts of the world that show how to impose EPR on such a varied system. Whichever state enacts the first EPR law for residential recyclables gets to figure all of that out. Their legal authority to disrupt long-term franchise agreements and contracts is uncertain  As for the subscription service companies, no one knows how to replace them.  But EPR could be highly disruptive for thousands of locally-owned family hauling companies. Will the producers figure out a way to pay each individual hauler or will they try to take over recycling, forcing many of those companies out of business? They might consider that a high price to pay just to save tax dollars somewhere else.

I don’t know if any EPR bills will pass this year. The legislation is quite complex. State legislators have more pressing budget and pandemic problems to resolve.  Our American way of managing waste and recycling is complicated.  But it works.

Besides, paper recycling values are improving dramatically. Paper is the largest component of a curbside program. Those increases are already being seen by local programs. Recycling is not out of the woods, neither is it irretrievably broken.

Any state that passes one of these laws has a great deal of work ahead of it. Staff must be hired to write regulations for the program, assess bids from prospective producer groups and ride herd on the winner. That group must then set up the program. Even the simplest program set up strictly to funnel money to local governments, won’t be writing checks for three or four years after the law is signed.

Producer responsibility may be the right thing for American curbside recycling. But it is a totally new program. We have to get it right the first time. Once a new system is entrenched, it will be hard to change.