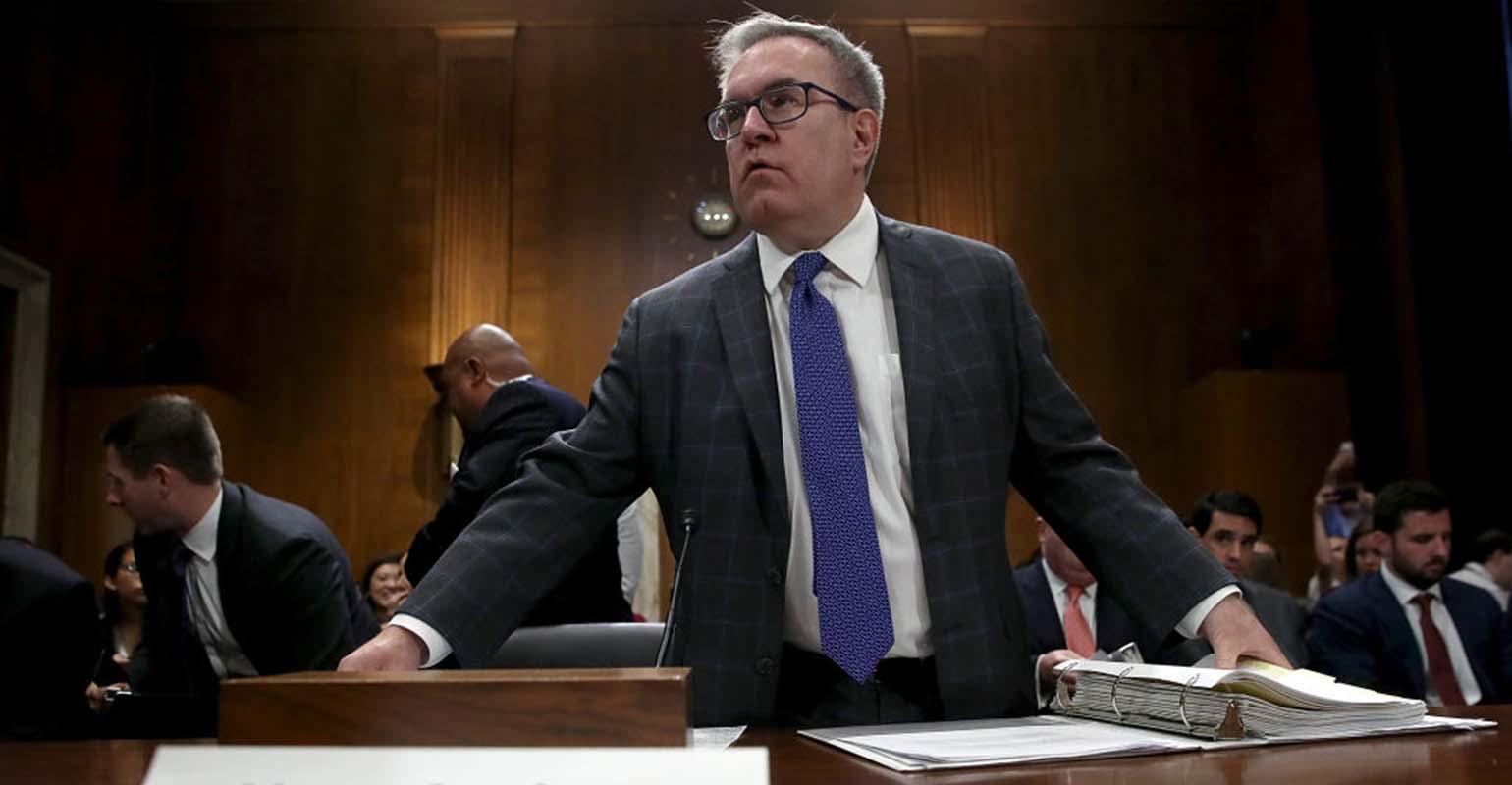 The Senate on Thursday approved Andrew Wheeler to head the U.S. Environmental Protection Agency (EPA) by a vote of 52-47.

Wheeler, a former coal lobbyist, has been serving as acting administrator since former EPA Administrator Scott Pruitt resigned in July 2018 amid federal ethics inquiries. President Donald Trump announced in November 2018 that he intended to nominate Wheeler to be the agency’s permanent administrator. Trump officially nominated Wheeler as the permanent EPA administrator in January.

It is truly humbling to serve the American public as EPA Administrator. I want to thank President Trump for nominating me and Leader McConnell and Chairman Barrasso for navigating my confirmation through the Senate. 1/2

I am deeply honored, and I look forward to continuing the President’s agenda and the work of the Agency alongside all my EPA colleagues. 2/2

Wheeler began his career at EPA during the 1990s but spent years on Capitol Hill before heading to the private sector. He has won praise from Republicans for his deregulatory agenda but criticism from Democrats for his refusal to take action on climate change and several public health priorities, according to The Washington Post.

During his confirmation hearing in January, Wheeler highlighted dozens of significant rules that the EPA has begun to roll back during the past two years, and he made clear to lawmakers that he intended to continue the Trump administration’s reversal of environmental regulations, according to the report.

The New York Times pointed out that the 52-47 vote went mostly along party lines and underscored partisan divisions over the Trump administration’s continued commitment to repealing environmental regulations under Wheeler.

Senator Susan Collins of Maine was the only Republican to vote against Wheeler, saying “the policies he supported as acting administrator are not in the best interest of our environment and public health, particularly given the threat of climate change to our nation.”

“ISRI is pleased the Senate confirmed Andrew Wheeler as the new EPA administrator,” said Robin Wiener, president of ISRI. “Administrator Wheeler was instrumental in hosting an America Recycles Day conference at the EPA last year where ISRI was able to explain the many challenges the recycling industry faces while reaffirming the longstanding and critical role the recycling industry plays in both the nation’s manufacturing chain as well as environmental protection. The scrap recycling industry consistently recycles more than 130 million metric tons of materials each year helping to protect the environment, conserve natural resources, and create more than 530,000 jobs. Administrator Wheeler understands and appreciates our vibrant industry and we look forward to working with him and his staff to further improve recycling in the United States.”