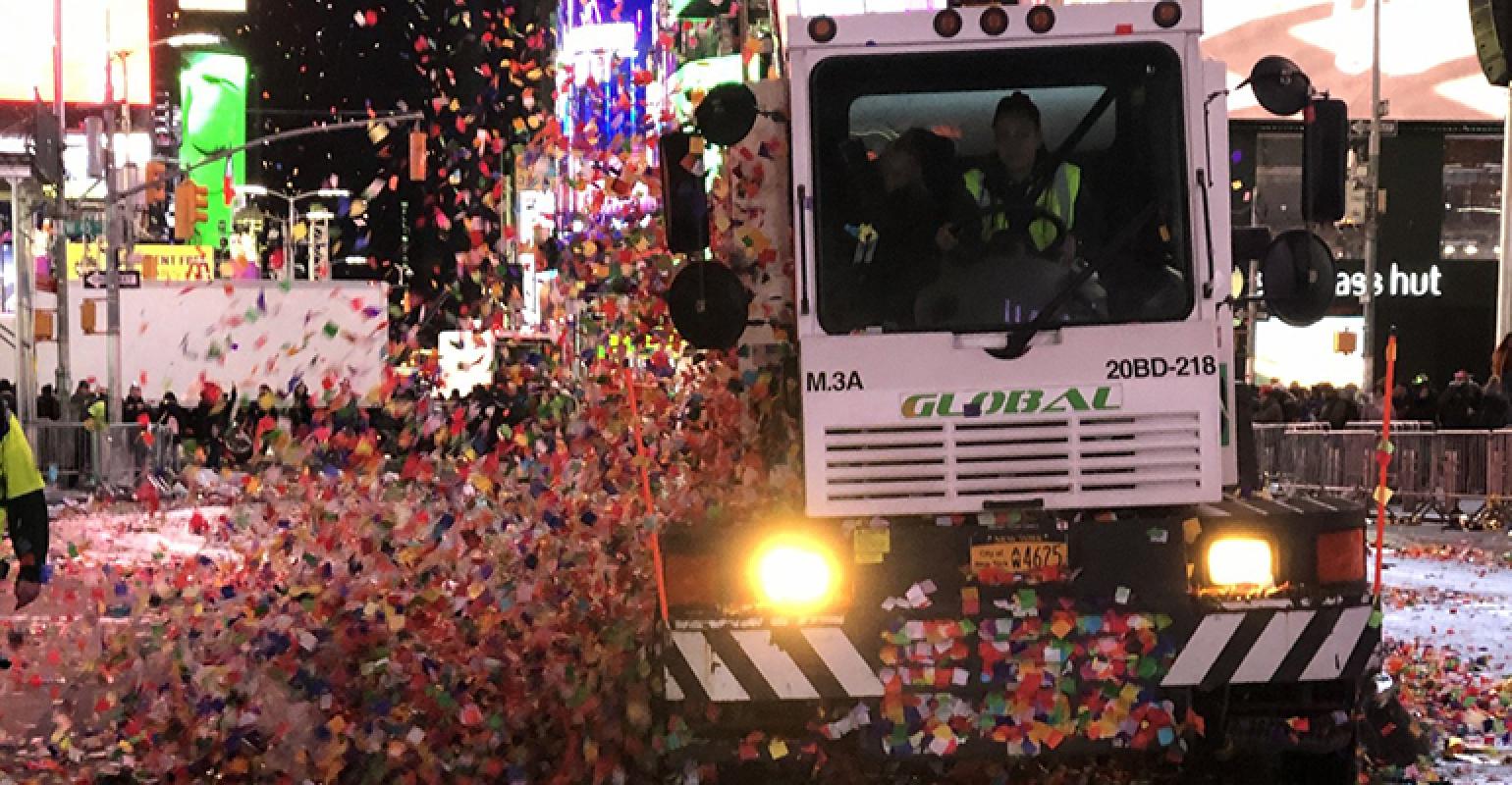 Every New Year’s Eve, revelers gather in New York City’s Times Square to ring in the new year. Party hats, noisemakers, confetti, paper streamers and other pieces of New Year’s joy help make a festive night, but all the material left behind must be cleaned up by daybreak.

As the throngs of celebrants begin to head home, an army of sanitation employees from the City of New York Department of Sanitation (DSNY) “sweep in” to clean up the aftermath of one of New York’s most fun events. 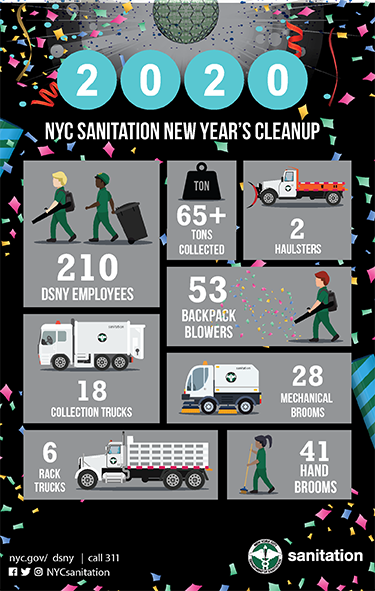 To get the job done, they used:

“There’s nothing like ushering in the new year in Times Square,” said DSNY Commissioner Kathryn Garcia in a statement. “New Year’s Eve in New York City brings not only millions of people to the Times Square area but also tons of debris. Thanks to our dedicated Sanitation employees, every last piece of confetti will be quickly cleaned and only a memory by morning.”

In NYC we party big for #NewYears, & the cleanup is even bigger! After the ball dropped, #NewYorksStrongest collected debris & confetti from the #TimesSquare celebration, leaving streets & sidewalks clean as ever. #2020NewYear #NewYearsDay #happynewyear2020 pic.twitter.com/QzSLSMlsDs