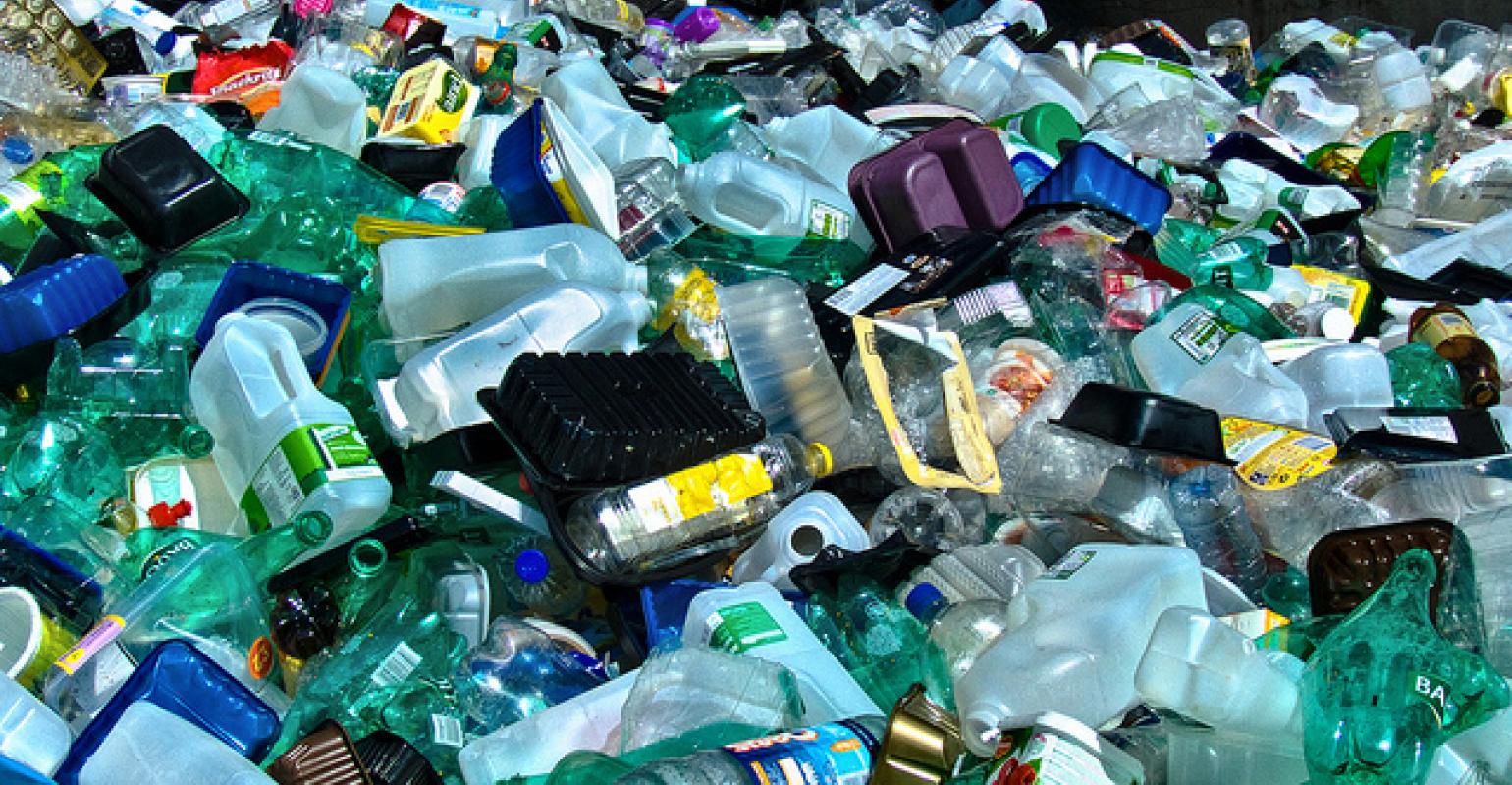 Plastic Pollution Coalition has published a new engineering estimate showing plummeting recycling rates for plastic in United States. Author Jan Dell, a chemical engineer, used U.S. Environmental Protection Agency (EPA) data and industry data to estimate the U.S. plastic recycling rate will sink from 9.1 percent in 2015 to 4.4 percent in 2018. Dell estimated the recycling rate could drop as low as 2.9 percent in 2019 if plastic waste import bans are adopted by more countries in Asia.

The engineering estimate shows four factors contributing to the drop in recycling rates:

These factors work against the key premise that waste plastic will someday have sufficient value to drive reclaiming it rather than disposing of it, according to the coalition.

“Einstein famously said that a definition of insanity is doing the same thing over and over again and expecting a different outcome,” said Dell in a statement. “We’ve seen promises, goals, ambitions and aims from companies for nearly 30 years to increase recycled content and reduce the number of plastic bags they hand out. During that time, plastic use and pollution has increased as well-documented by Jenna Jambeck, Roland Geyer and other researchers. The projected less than 5 percent U.S. plastic recycling rate in 2018 should be a wake-up call to the false promise that the existing voluntary, economic-driven U.S. recycling system is a credible solution to plastic pollution.”

The United States ranks 20th on the list of countries contributing to plastic pollution in the ocean, with an estimated 88 to 242 million pounds per year of plastic marine debris. The annual International Coastal Cleanup confirmed the evidence of plastic pollution on U.S. coasts in 2017, when more than 3.7 million pounds of trash, the majority of it plastic, was collected by 209,643 people on a single day. The global movement Break Free From Plastic provides a Brand Audit Toolkit for people participating in cleanups to audit and identify the brands and corporations responsible for plastic pollution.

“Recycling as the solution to plastic pollution is a myth,” said Dianna Cohen, co-founder and CEO of Plastic Pollution Coalition, in a statement. “Recycling is the end point of the production chain, and it does not work without infrastructure and operational systems, which many places in the U.S. and world, simply do not have. In the U.S., industry looks to recycling as a catch-all, when, really, we must stop using plastic as a material for single use. Corporations must step up to change their packaging because they are responsible for 100 percent of the damage it does. It’s time for all of us to work together and demand a systems shift away from ‘disposable’ toward nontoxic reusables.”