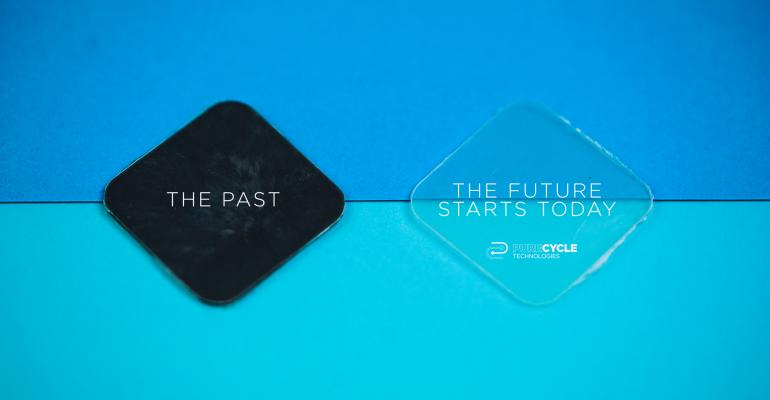 PureCycle Technologies will buy scraps and use P&G’s technology to purify them to a virgin-like quality and to make pellets for any user.

Historically, recycled polypropylene (PP) has been unable to compete with virgin plastics in commodities markets; it just couldn’t be cleaned up enough to produce comparable quality. But an innovation evolving from a partnership between Procter & Gamble (P&G) and PureCycle Technologies will level the playing field, the two companies say. And they think it has potential to be adapted for other hard-to-recycle plastics.

The technology called PureCycle, involving a decontamination and deodorization process, was born in a P&G lab out of the corporation’s objective to use more recycled content in its products and packaging.

“As we were working toward this goal, we discovered that we can remove color contamination and odor from recycled plastics, which opens the door for broad uses of recycled polypropylene and, in time, other plastics like polyethylene (PE) and polyethylene terephthalate (PET),” says John Layman, section head of corporate research and development for P&G.

At scale, PureCycle will be able to process 105-plus million pounds of recycled PP each year.

PureCycle Technologies, a portfolio company of Chicago-based technology commercializer Innventure, will buy scraps and use P&G’s technology to purify them to a virgin-like quality and to make pellets for any user—not just P&G.

“We put a lot of recycled content in our packaging today. And we were wanting to figure out problems involving color, odor and consumer safety,” says Layman.

With the colors issue, while materials recovery facilities (MRFs) can separate PP from other plastics, PP is pigmented. When sorted into bales, ground, then processed into pellets, those pellets have colors mixed together. So, the feedstock ends up gray, ultimately resulting in a dark gray or black final product. PureCycle technology removes the pigments and makes the material completely clear.

The odor issue is especially common in recycled PP and PE, explains Layman, because of either molecules incorporated into products at the end of life or the result of upstream processes like introducing perfumes. But the technology’s purification process removes odors.

This new process is a solvent-based, nonchemical one, which has been key to its efficiency. 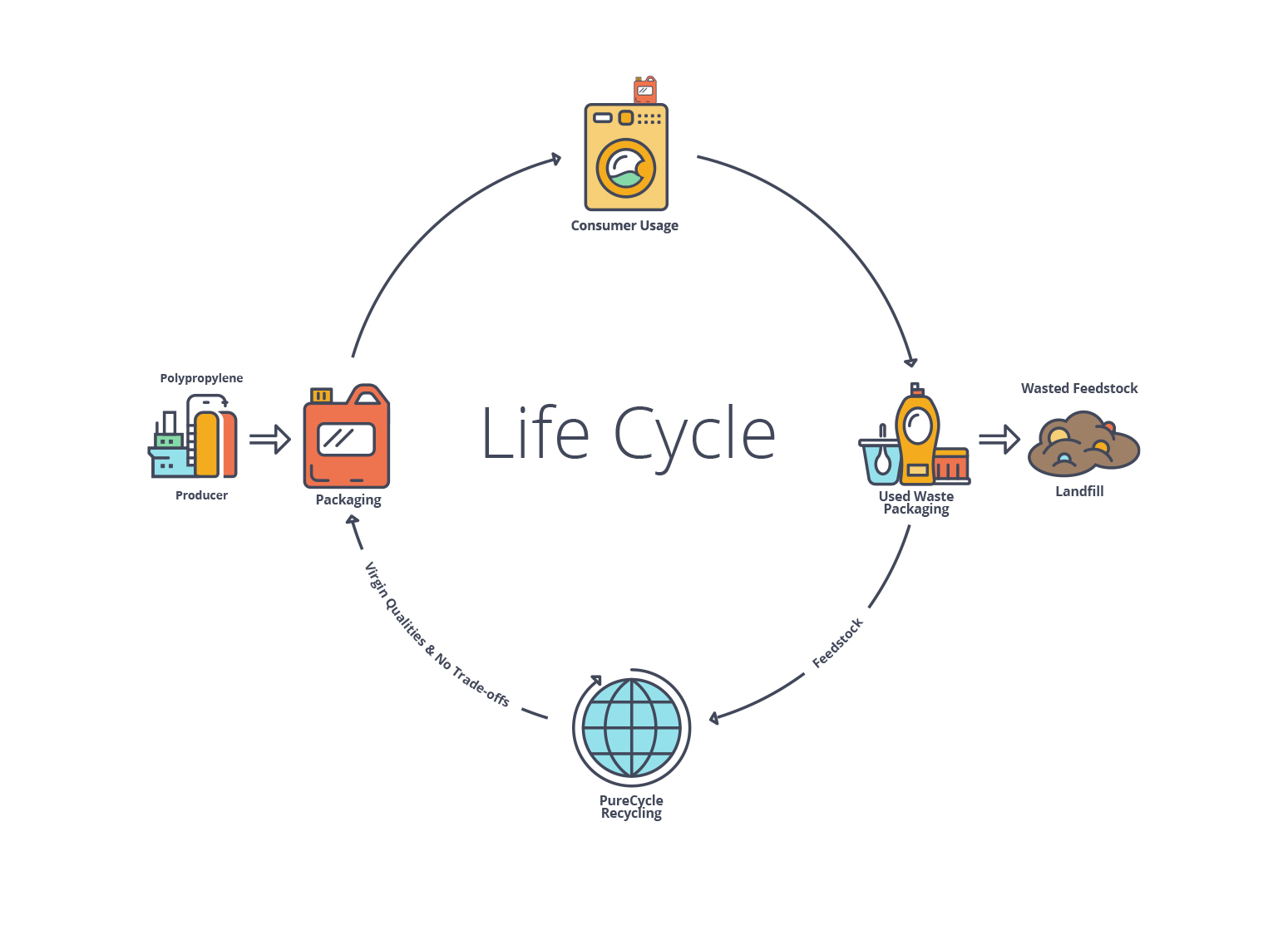 PureCycle plans to launch an evaluation unit at an Ironton, Ohio, plant in the fall and projects the commercial facility will come online in 2020. There will be an ongoing focus on learning to adapt to changing materials, particularly evolving packaging.

The company is backed by Closed Loop Fund, which invests in circular economy innovations to support recycling. And PureCycle is in the final stages of financing a municipal solid waste disposal bond that requires having products presold and securing feedstock. Mike Otworth, CEO of PureCycle Technologies, would not disclose names beyond to say several suppliers and user contracts are lined up.

“I think we will see PureCycle in a host of consumer goods, probably automotive and household products of many types. And we expect it will be suitable for food contact grade resin, so I think we will see it in food packaging products,” says Otworth.

For now, the Ohio facility is expected to take post-consumer mixed rigid plastics from MRFs as well as receive post-industrial scrap.

“We’d really like to see this technology become a pervasive, enabling technology in the global recycling community. We believe it will take away the limitations [posed by appearance, odor and color] associated with recycled plastics, especially post-consumer,” says Otworth.

“You would be able to largely use recycled resin from any feedstock, no matter how dirty, and be able to manufacture premium products the same as you can from virgin. We’ve shown samples to potential customers. And as far as odor and appearance, it’s largely indistinguishable from virgin resin,” he says.

Meanwhile, the vast majority of plastics are ending up in dumps.

A study published in Science Advances in July 2017 found that as of 2015, approximately 6,300 million metric tons of plastic waste had been generated, of which around 9 percent had been recycled, 12 percent had been incinerated and 79 percent was accumulated in landfills or the natural environment.

The waste problem is why P&G says it wants to see PureCycle roll out across industries, including to its competitors.

“We want this to be a force for good, to be able to produce products with greater recycling content and for applications broader than consumer goods. We’d like it to be available for industrial [manufacturers] and other end users,” says Layman.