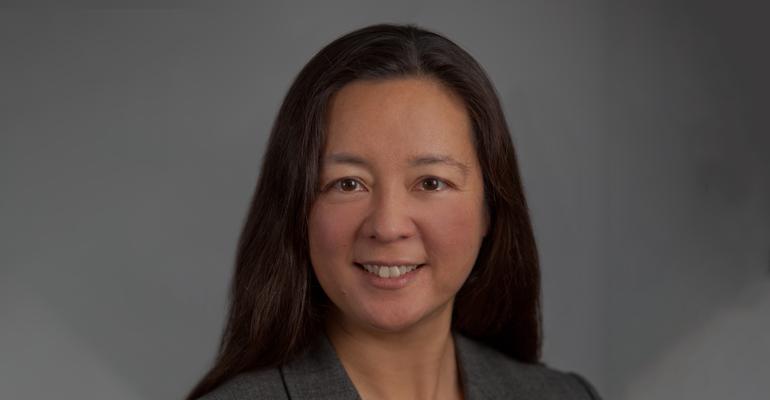 NWRA’s vice president of technical and regulatory affairs combines her engineering background with her industry knowledge to drive growth.

In a new monthly series called Women Leaders in Waste, Waste360 will highlight women leaders who are making a positive impact on the waste and recycling industry and working to shape the future of the industry in innovative ways. The series will feature women from a variety of industry sectors, showcasing the many roles and responsibilities within the industry. As we kick off this series, we invite our readers to email Waste360 Editorial Director Mallory Szczepanski at [email protected] with suggestions of women to feature in the coming months.

Many members of the waste and recycling industry say that once you enter the industry, you’re likely to stay in the industry for the long run. That statement rings true for Anne Germain, vice president of technical and regulatory affairs at the National Waste & Recycling Association (NWRA).

Germain, who has been in the industry for about 25 years and also teaches yoga, has worked to enhance the waste and recycling industry by putting her engineering background and extensive knowledge of the industry to good use.

Throughout her career, she has provided regulatory support to members of the industry, developed and implemented effective and efficient strategies, published more than 20 papers and served as a mentor for those launching their waste and recycling careers. She also has been an active team chair in ABET, a nonprofit, nongovernmental organization that accredits college and university programs in applied and natural science, computing, engineering and engineering technology. 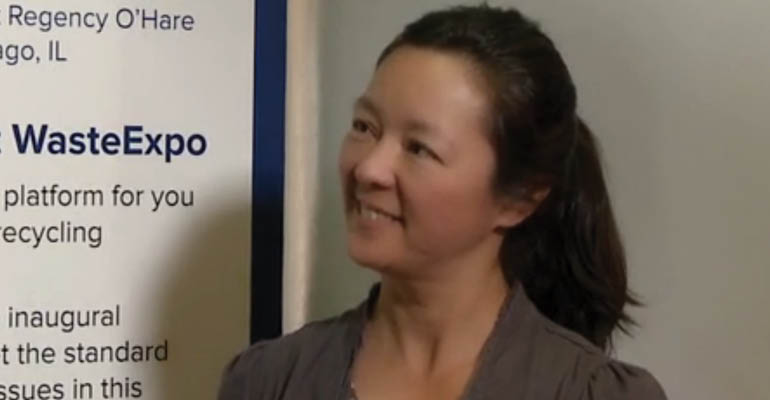 “When I first started my role, I thought I was just going to do roadwork, but it ended up being a lot more than that,” says Germain. “In addition to roadwork, I spent time working to close landfills, create Subtitle-D compliant landfills and reach the state’s recycling goal. No one in our department was eager to take all those things on, but I was, and I did. It really is true that once you get into this industry, it just holds onto you.”

After getting her feet wet in the industry, Germain left St. Mary’s County and began working for the Delaware Solid Waste Authority (DSWA). She stayed there for 19 years and worked her way up from senior engineer to chief of engineering and technology.

“I became interested in working for DSWA after hearing their CEO speak at a few events,” says Germain. “I knew I wanted to be where people were working on issues and solutions that were going to improve the environmental management of materials, and DSWA was that place for me.”

As chief of engineering and technology, Germain was in charge of all capital projects, such as construction projects involving landfills, transfer stations, landfill gas facilities, buildings and roads. She also managed landfill gas operations, which are very intensive from an environmental compliance perspective, vehicle and heavy equipment purchases and IT issues. 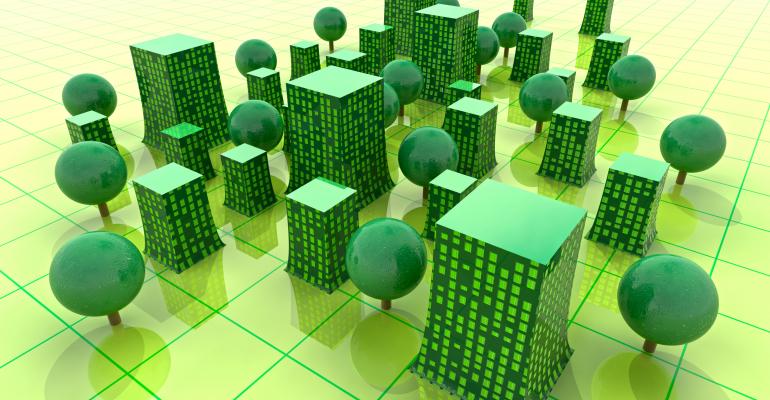 In that role, she was also actively involved with the Solid Waste Association of North America (SWANA), initially serving at local and chapter levels before becoming active on a national level as the division director for the landfill division and the president of SWANA international.

“One of the best things about working at DSWA was the staff,” states Germain. “I had the opportunity to be mentored by someone I really like, and in return, I got to mentor some great people. I got to work closely with Lynsey Kocenko, who was a Waste360 40 Under 40 winner, and some other people like Michelle Leonard, Sara Bixby, Pete Keller, Susan Robinson, Hal Miller, Steve Menoff, Amy Banister and others who I am still great friends with to this day and view as mentors. I am really proud of the staff there and the friendships I made, and while I cannot take credit for the things they have done, I learned as much from them as they learned from me; it was a fruitful exchange.”

After about 19 years, Germain moved on from her role at DSWA and began working at NWRA as its technology director. In that role, which was a newer role at the association at the time, she focused more on policy-related issues, helped members in a number of different ways and tried to identify what was needed in the industry.

“I was drawn to the job at NWRA because it was close to my family (I grew up in the area), and it matched my skillset and interests,” states Germain. “When I first came on board, I was working on issues related to regulatory compliance, which included issues related to things like landfill gas, and I was in charge of consolidating industry comments and submitting them to the Environmental Protection Agency. As I got comfortable in my role and changes started happening within the industry, I expanded my responsibilities to include things like focusing on recycling and educating our members on the availability and stability of markets.”

One of the most notable changes that the industry went through when Germain first joined NWRA was adapting to Operation Green Fence, which was put into place in 2013 by China in an attempt to crack down on contamination. In the first year of Green Fence, nearly 70 percent of all incoming containers loaded with recyclables were subjected to thorough inspections.

“The industry had been faced with market changes before, such as the economic downturn in 2008, but Green Fence was a policy-driven change that helped the industry realize how one country can have a major impact on another,” explains Germain. “After a while, an easing of the Green Fence occurred, and the industry went back to ‘normal.’”

Fast-forward to 2017, when China ramped up its crackdown on contamination by announcing National Sword, a ban on certain solid waste imports.

“With National Sword, and the new contamination standard, I think the industry is more aware that China is taking things more seriously and will likely stick with these policies,” states Germain. “That said, as part of NWRA, it’s my responsibility to listen to our members’ concerns and help compile and submit comments on behalf of our members to the Chinese. If this is going to be the new ‘normal,’ then I have to help our members adapt the best way they can.”

In addition to adapting to China’s new regulations, Germain predicts that diversion, specifically organics diversion, will continue to be a focus for the industry. Organics, along with nonrecyclable plastics, make up a large portion of the waste stream, and there’s already a growing effort from both a policy standpoint and an environmental standpoint to increase diversion.

Another area of focus going forward may be textile waste, which has received some attention over the last few years.

“Those are the things that I think the industry will pay more attention to in the future, especially since more and more people are starting to think about end of life in the beginning of the product design process,” says Germain. “There has been lightweighting that has occurred on the manufacturing side for quite a long time, and I expect that trend will continue even if behavior change doesn’t happen because lightweighting of packaging still helps with diversion.”

At NWRA, Germain also works hand-in-hand with staff to educate members on a variety of industry best practices, support women in the industry via NWRA’s Women’s Council and develop strategies and tips to improve safety and the environment. According to Germain, the industry still has far too many incidents and injuries, many of which are caused by distracted driving. And by improving automation and educating industry members on best safety practices, the number of incidents and injuries is likely to decrease.

“Advancements in technology are greater than they were years ago, and the materials the industry is handling are much different, and more complex, than they were years ago,” says Germain. “We need to help the industry figure out how to better use technology, how to safely handle materials and how to better use the resources available. All of those things really tie into the work I do in my role as vice president of technical and regulatory affairs and some of the association’s goals.”

Germain explains that if the industry was able to make landfills safer with Subtitle-D regulations and making the move from venting landfill gas to extracting and utilizing landfill gas for other needs like energy, then it can improve things like collections and how materials are handled.

It ultimately comes down to perspective and being open to new ideas, says Germain. 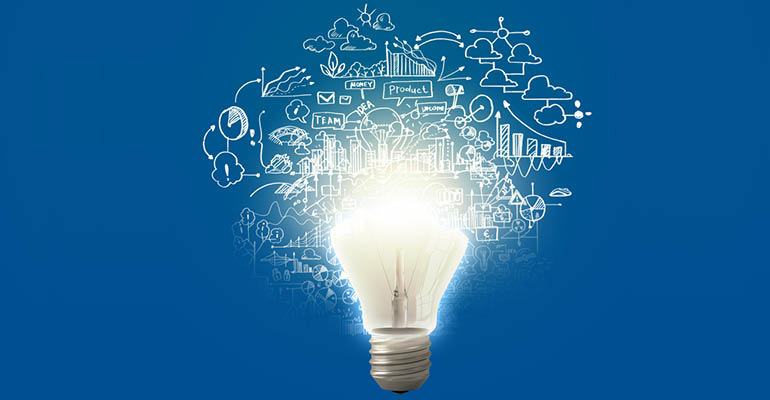 “When I first started in the industry, landfill gas collection wasn’t required, and gas was often just being vented,” she says. “And when the rules got passed saying that landfill gas collection systems must be installed, that was a big challenge for many people. Not only was it pricy, but it was difficult at first to figure out how to monitor and capture the gas. Now, years later, it’s viewed as a regular process. I think the industry often resists what is possible due to cost and risk, but sometimes we just need to change our perspective on things and move new processes forward to make the industry more efficient and safer.”

“As an engineer, I don’t like to admit that things aren’t possible,” adds Germain. “Where there’s a will, there’s a way.”