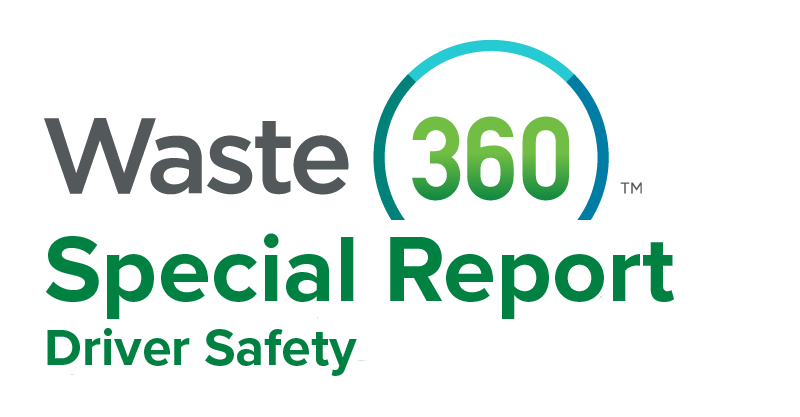 In his early weeks, NWRA President and CEO Darrell K. Smith has been spending time meeting with staff and members. He’s also been meeting with the heads of other associations tied to the waste and recycling space.

Looking to tighten up the association’s advocacy game at both the state and local levels and arming the industry with new products and services are two of the goals of newly minted National Waste & Recycling Association (NWRA) President and CEO Darrell K. Smith.

Smith was named the president and CEO of the NWRA in late June. He officially joined the group about a month later.

In his early weeks, he’s been spending time meeting with staff and members. He’s also been meeting with the heads of other associations tied to the waste and recycling space.

Smith came to the NWRA from the Industrial Minerals Association—North America (IMA-NA), which is part of the mining industry. He is currently the group’s executive vice president. He previously served as an industry advocate for the petroleum and chemical industries. Before working in the public policy sector, Smith worked in several industries, including hazardous waste.

Smith took over from NWRA Vice President and General Counsel Kevin Kraushaar, who had been serving as acting president and CEO since last November, when the association’s previous head, Sharon Kneiss, resigned the post.

Smith sat down with Waste360 late last week to discuss his early days with the association and what he sees as some of the biggest opportunities and challenges ahead. Smith also echoed some of the comments on safety he made in his first industry interview with Waste Dive earlier this month.

Waste360: As you’re settling into the role, what are some of your early goals for the association?

Darrell Smith: My goals are first and foremost to make it a fun and happy place to work. With an association like this that represents an amazing cause, there are so many opportunities that it’s almost mind-blowing.

I want the staff to be both engaged and happy and to put their best feet forward. I’m pleased with the staff on board, but I will also be bringing in a couple more people.

The Sun Belt region has been missing a manager for a year. Within the next few weeks, I plan to announce a new Sun Belt manager. I’m still getting a feel for resources and finances, but that’s a top priority.

I also want to be both product and service focused. I’ve been meeting with staff members to identify products that can help member companies. And I believe we have opportunities with white papers, position briefs and other tools that we can produce. I think you will see a lot more tools coming out from us that our members can use.

Waste360: Are there specific legislative or advocacy goals, either existing ones or new ones that you can point to?

Darrell Smith: Relative to advocacy, we need to have a good game at both the state and local levels. Hiring a Sun Belt manager is an example of strengthening and that I’m looking at other strategies.

At the federal level, my philosophy on advocacy is in finding consensus and building solutions that everybody is happy with. It’s fine to go to war if you need to, but my first approach is always consensus. So we need to not only build a defensive game for advocacy, but we also have to have an offensive game. And if anyone in the industry wants to make suggestions, I’m happy to listen. I’m looking for proactive approaches to drive the industry forward.

Waste360: Aside from the position you’ve identified as filling, are there other staffing moves you’re looking to make?

Darrell Smith: The staff is pretty well laid out. I am looking at the structure and at any additional roles we could bring in. I do have some ideas … but it’s also important to keep in mind conserving membership dues. I don’t want to go on a hiring binge. But there are a couple of spots I’m looking to fill.

Waste360: What’s your philosophy on working on other associations in the space?

Darrell Smith: We should have in our mind supporting and advancing the industry and doing what our members want. It is my intention to work well with other associations in the space … Whether they are a state or national organization, it is my sincere desire to work with these guys and see how we can develop synergies and work together. So far from what I’ve heard, that is everyone’s desire.

In my previous role, we had multiple associations in the mining space. We got along fabulously. It’s important to me that … everybody has an understanding of everybody else's role and that we are all focused on the advancement of the industry. I haven’t heard anything to the contrary so far.

This industry is huge. It touches every household and every business in America. It has recognition among businesses and consumers. We have a lot of organizations willing to partner with us, from regulatory perspective to public/private issues to even within cause related organizations. I plan to reach out to many folks to build consensus and build good projects and advance the industry.

Waste360: One of the challenges in the space is that you have a handful of very large players, some regional ones and then a lot of very small mom-and-pops. How do you position an association to meet the disparate needs of the firms?

Darrell Smith: Everyone is interested in building a value proposition. We want to be able to go into Capitol Hill or other regulatory conversations and say we represent the entire industry. It is a very important message to send.  So everybody wants to make sure this is an association that represents all companies.

A key is actively looking for value. There are some things small companies need that big companies don’t. There are also some non-competitive things that can be shared between all companies large and small.

Waste360: The cost of recycling has been a major area of focus for the association in recent years. Do you see that continuing?

Darrell Smith: All my members are very engaged in trying to make recycling a profitable venture. It’s also good for the world. When any sort of business can marry these interests, it’s a great thing. That’s one thing that’s attracted me back to the industry.

I recently toured a large recycling facility, and I was very impressed with the technologies that are being put into play. I can’t wait to learn more about them.

We also have a supplier section to our membership. I look forward to hearing from all of them and learning about the great new technologies that are driving this business forward.

Waste360: Safety has also been a major concern. Coming from the mining sector, are their approaches that you think would be helpful here?

Darrell Smith: In the mining industry, we had a rule that there are no secrets when it comes to safety. If one company had a good technology to save lives, we tended to share that. I would like to see this industry do the same thing. If there’s one thing we can certainly work together on, it’s safety.

We are going to attack the causes and attack them hard. And we are going to achieve results. I’m in information gathering mode now. But a major priority for me is to reduce these troubling incidents in the industry.

Awareness among the public and is one of the things I’m thinking about. Everyone loves their local waste handler. It’s a part of being in a community. I think if they were more aware, people would be a lot more outraged.

Waste360: Any other thoughts as you continue to enter the industry?

Darrell Smith: I have a very busy travel schedule in September and will be meeting as many members as I possibly can. Every single conversation I have had in this industry has been amazingly useful. There has not been a conversation that I haven’t learned something from. Everyone is excited to educate me and just the sheer amount of willingness to share with me has been touching.