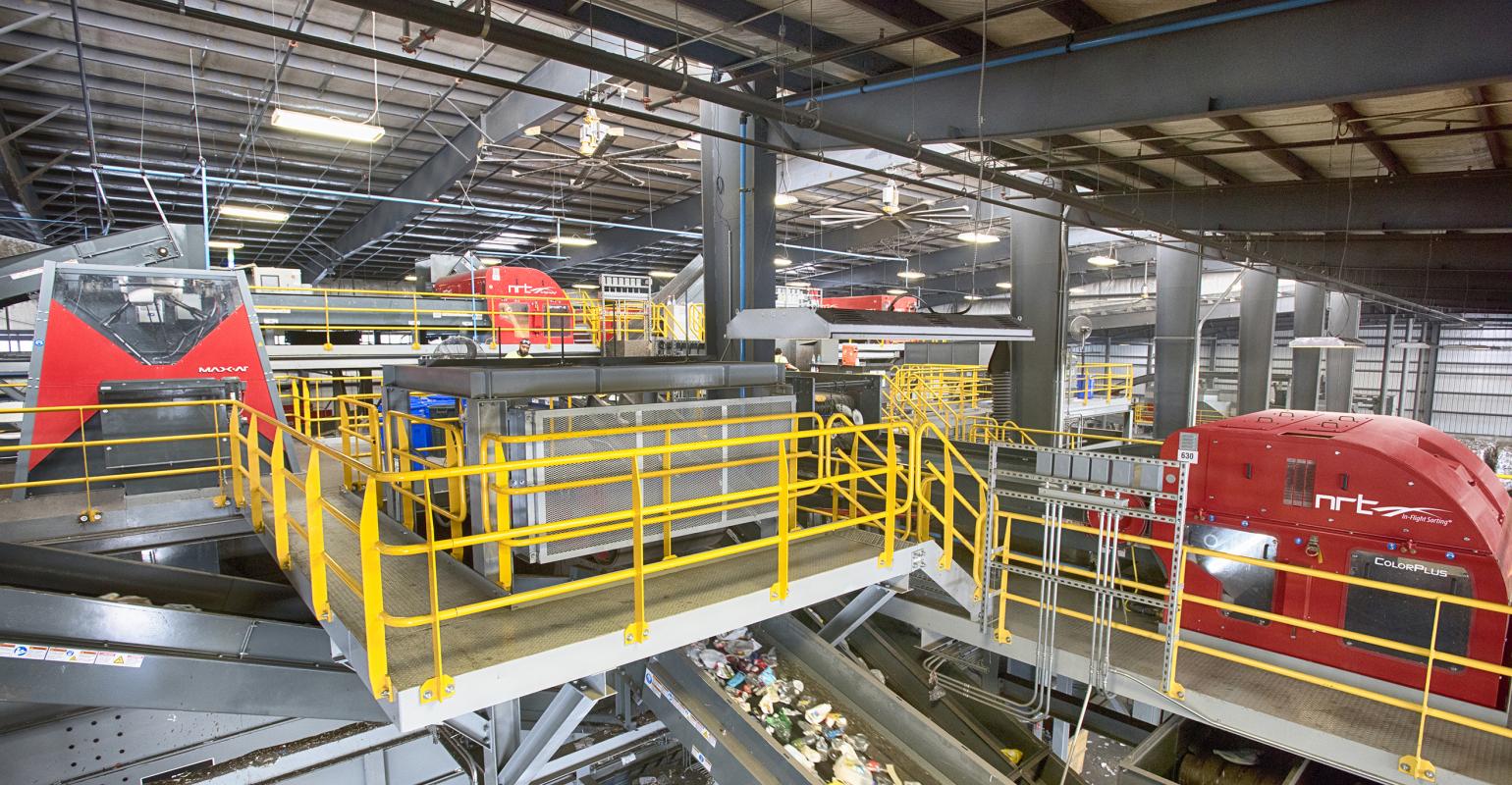 “While others are slowly adapting to the new reality, our system is running more material than ever,” Penn Waste Director of Recycling Operations Tim Horkay said in a statement. “This upgrade was accomplished in just nine days and thanks to our partnership with BHS, we did not have to divert even a single load of material. The new container logic allows us to react to our new container-rich waste stream and capture more materials at higher levels of quality–with fewer sorters. Commercial recycling isn’t easy right now, but thanks to this system and its upgrades, we are out in front and in a position to take on more material.”

The $3.5 million investment includes three new NRT optical sorters and a Max-AI Autonomous Quality Control (AQC) unit. The Max-AI AQC employs a neural network-based AI to identify materials in a similar way to a person. Rather than using deterministic sensors, Max relies on its vision system and probabilistic decision making to provide robotic quality control for the plant’s PET containers.

To enhance container quality and improve fiber recovery, a new NRT SpydIR optical sorter removes small cardboard boxes from the container line. The plant’s HDPE sorter was replaced by a new, larger NRT SpydIR, which is followed by a new NRT ColorPlus that sorts the HDPE by color.  A new eddy current separator increases UBC recovery. At the end of the line, the SpydIR that had previously recovered HDPE was combined with an integrated MetalDirector™ that boosts the plant capture rate by recovering the last few plastic and metal containers that were missed by the main sorting process.

“This investment in new technology is a testament to the ownership and management of Penn Waste and their commitment to their customers and employees,” BHS CEO Steve Miller said in a statement. “Completing a project like this in such a short timeframe was a challenge we did not take lightly, and our teams really stepped up and delivered. BHS is honored to have this ongoing and very successful partnership with such an excellent company.”