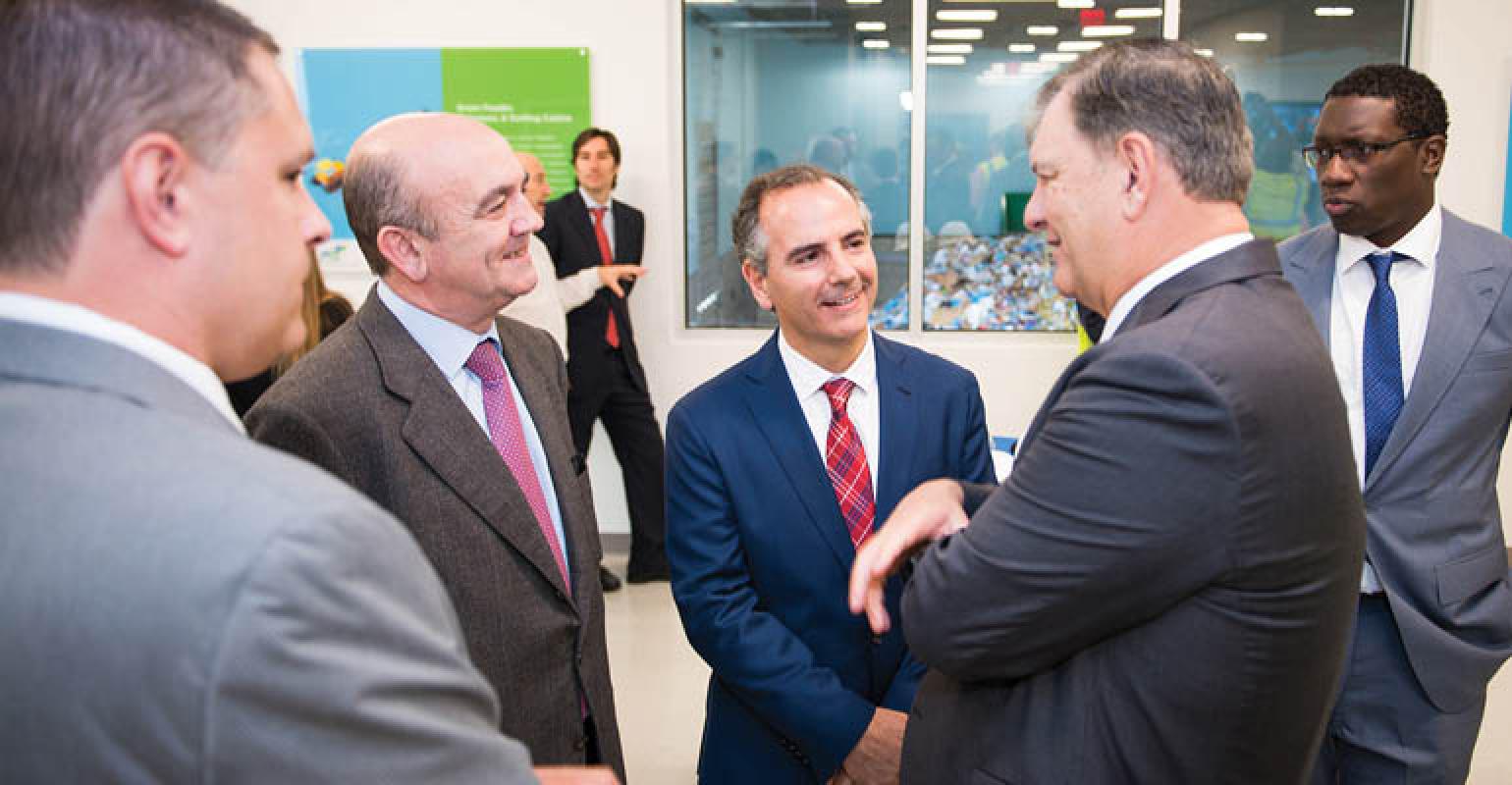 The plant was built and financed by FCC Environmental Services.

The event was attended by the Dallas Mayor Mike Rawlings, as well as representatives from municipal authorities. FCC was represented by Aurelio Blasco, ,managing director of FCC Ámbito, and Íñigo Sanz, CEO of FCC Environmental Services. The inauguration included a visit to the recycling facility where the delegation saw it in full operation.

The plant was built and financed by FCC Environmental Services, the U.S. subsidiary of FCC Group. It will be managed by the company for 15 years with a possible extension of 10 years.

FCC successfully received and processed more than 1,000 tons of single stream materials from the city last November and commissioned the plant in January.

The MRF’s equipment was provided by VAN DYK Recycling Solutions of Stamford, Conn.

A series of starscreens separates OCC, glass, fiber and containers. The series features Van Dyk’s newest offering, the anti-wrapping ONP screen, which is 13.3 feet wide with 440 stars. The stars incur virtually no wrapping, even after hours of operation. A total of four TOMRA (TITECH) Autosort 4 optical sorters recover any remaining fiber and separate all plastics. An overbelt magnet and eddy current recover ferrous and aluminum cans, respectively. And a glass cleanup system (Walair) creates four fractions of clean, sellable glass. The system is capped off by a Bollegraaf HBC-120S that is capable of baling all commodities accepted at the facility.

FCC has also built an education center on the site. This is designed to help Dallas City Council meet its environmental objectives through the training and education of children and adults in best practices for sustainability and recycling.