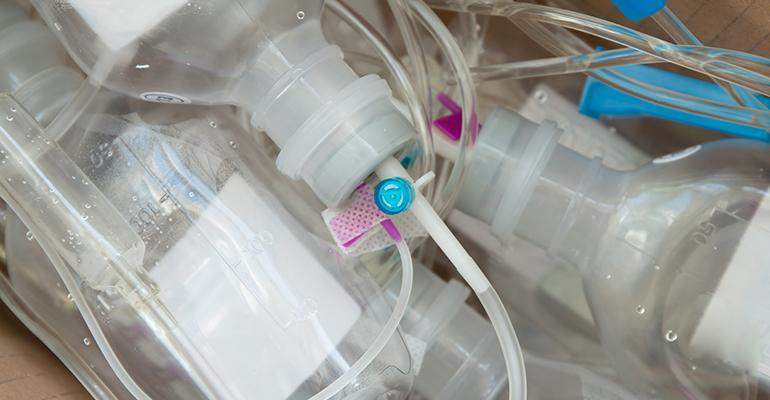 The region’s MRF is seeing medical waste from households in the recycling on a daily basis.

When household medical waste—from sharps and tubing to IV bags—is improperly disposed of in recycling containers, it slows the work at materials recovery facilities (MRFs) and can put workers’ health in jeopardy.

Recently motivated by medical waste thrown into residential recycling carts, the Region of Peel, which provides waste management services in the cities of Brampton and Mississauga and in the Town of Caledon, in Ontario, Canada, reached out to remind its 1.4 million residents what constitutes household medical waste and sharps and how they need to properly dispose of them.

“The Region of Peel has seen a spike in the amount of this type of waste that is being placed in recycling since we introduced our carts," says Erwin Pascual, the region’s manager of waste program planning.

The Peel Region, located in southern Ontario, has undergone a major transition during the past few decades. Rapid population growth and commercial development have transformed what was primarily a rural area of farms and villages into a blend of urban, industrial and residential areas. The carts were introduced in January 2016 as part of a new automated residential waste program. Residents were given three carts—one for organics, one for trash and one for recycling. Recycling is mandatory in the region of Peel.

The region’s MRF is seeing medical waste from households end up in its recycling stream on a daily basis. This type of waste slows down processing of recyclables, while exposing workers to potential health risks.

“The amount of material received and the number of operational stoppages Peel has experienced over the last year has significantly increased, which is why we issued the press release,” says Pascual.

Residents who generate home health care waste—such as dialysis tubing, filters and disposable towels and sheets, colostomy bags, IV bags and tubing, gastric and nasal tubes, and soiled dressings and incontinence products—are being reminded they should double-bag the material and place it in the garbage. No medical waste should be placed in the recycling bins.

Sharp objects, such as needles, syringes and lancets, should not be placed in regular garbage or recycling containers or carts, waste management officials noted, but in sharps containers made specifically for disposal of medical sharps. Coffee cans and other rigid containers not made for the job should be avoided.

The region offers free sharps containers at each of its six Community Recycling Centres (CRCs). Any needles, syringes and lancets are to be placed in the biohazard containers and returned to any CRC for free disposal. The region provides a free replacement container each time a full container is returned.

Residents also can visit pharmacies participating in the Ontario Sharps Collection Program (OSCP) for a similar biohazard container service. The OSCP is a stewardship program by the Health Products Stewardship Association promoting the safe simplified disposal of sharps from the public to avoid improper disposal in garbage and recycling bins.

If residents have more household medical waste than will fit in their garbage, they can make a request to the region to be added to its medical waste exemption list. If residents aren’t sure how to dispose of an item, they also can visit a web site to use a ‘how to sort your waste’ tool, Pascual adds. The tool gives residents the best disposal options for their waste.

In the future, the region hopes it can educate as many key players as possible to keep household medical waste from ending up at the MRF.

“To further address this issue, we are planning to target our education campaign to other parties that are involved in the provision of home health care, such as pharmacies, home health care service providers and medical suppliers so that they know and understand how to dispose of this material properly and they can pass this information along to their customers,” he says.