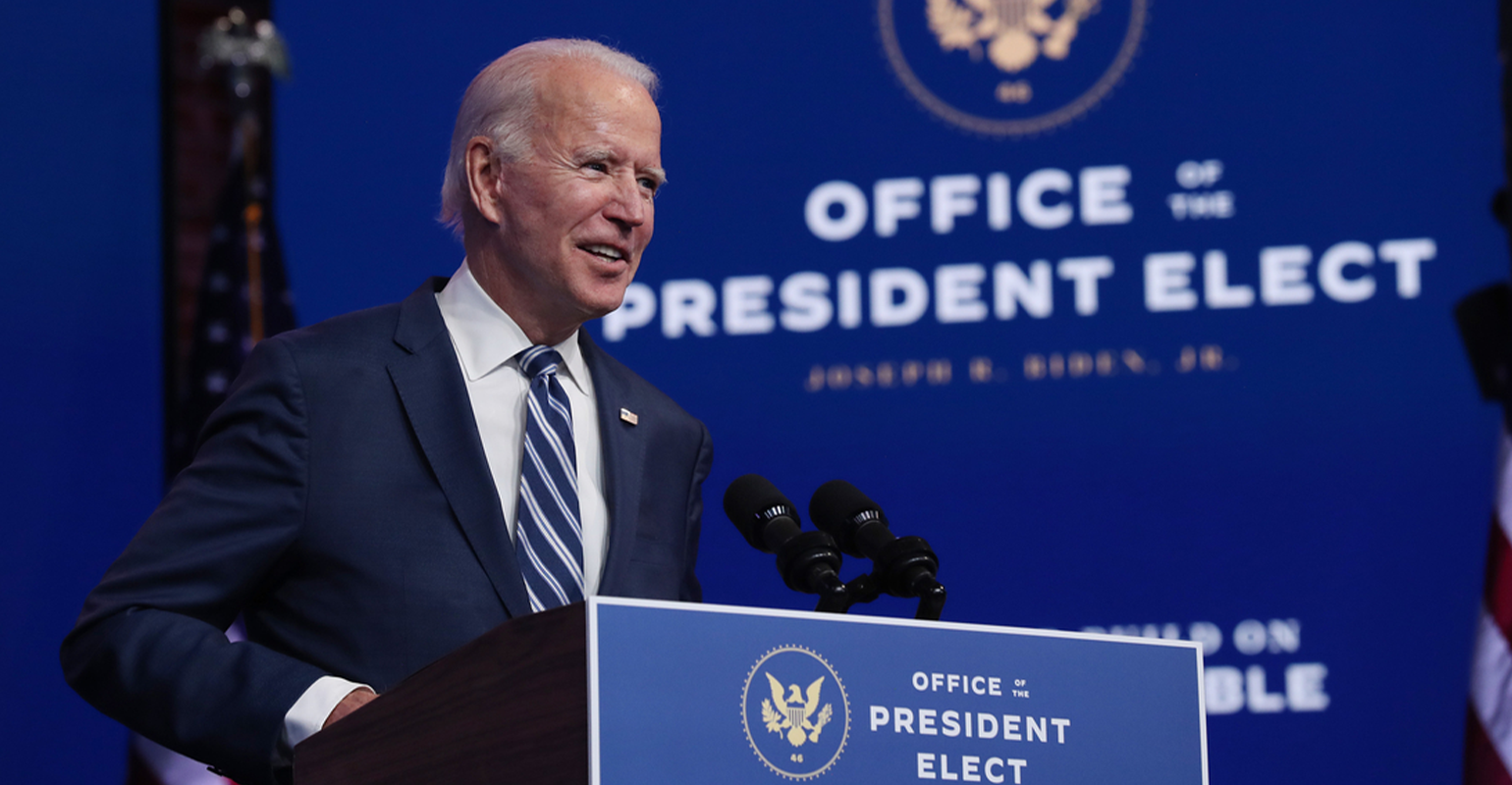 After four years of a Republican-run White House, Democratic President-Elect Joe Biden will take the helm, with sharply contrasting agendas around fiscal/tax and environmental policies.

While President Donald Trump rolled back multiple regulations around greenhouse gas emissions, clean air and water, and coal-related pollution,  Biden plans to go another way, pledging to rejoin the Paris Climate Accord on  day 1. Also on his immediate agenda are to sign 10 executive orders to address environmental issues from setting restrictions on methane pollution from oil and gas operations, to requiring that federal permit reviewers weigh impacts of greenhouse gases and climate change.

On the fiscal front, while Trump cut corporate taxes from 35% to 21% (many businesses reportedly paid substantially less), Biden proposes an increase to 28%. He will also push to tax capital gains at about 40% for those earning over $1 million annually.

Some people were concerned that a Blue Wave resulting in the Democrats controlling the White House and both the House of Representatives and the Senate would result in sharply higher income tax rates for wealthy individuals and corporations. With the Senate likely to remain under Republican control, it is unlikely that Biden’s plan to increase federal income taxes will be enacted.

Concern over higher taxes in 2021 was frequently cited as a motivation for some company owners in the industry to sell. It will be interesting to see whether acquisitions accelerate, stay flat, or decrease in 2021. Several of the larger companies described a large acquisitions pipeline in their 3rd quarter earnings calls.

Although President-Elect Biden and many Democrats describe Climate Change as an “existential crisis,” because the Republicans are likely to control the Senate, significant Climate Change legislation such as “the Green New Deal” is very unlikely. However, I would expect the Biden administration to reverse some of the Trump administration’s actions – some of which reversed regulations issued during the Obama-Biden administration.

President-Elect Biden has already announced that the United States will re-join the Paris Climate Accord immediately following the Inauguration on January 20.  I do not expect rejoining the Paris Climate Accord to have immediate consequences for the solid waste industry, although more stringent regulations governing greenhouse gas emissions could potentially be issued during the Biden administration.  Finally, I anticipate President Biden to execute on his promise to use executive orders to advance his environmental goals and policy.

But as it relates to the federal elections, we've said that regulation is actually, in a strange way, a good thing for Waste Management because we hold ourselves to a very high regulatory standard, environmental standard. And so, any additional regulation actually tends to work in our favor. So, to the extent that, that comes out of tomorrow’s election, that could be a good thing for us.

I'll speak quickly to the tax impacts. When we look at a Biden win, the thing that is most apparent there is federal tax rates could increase from 21 percent currently to 28 percent. That's about a 6.5 percent increase in our effective tax rate based on our current modeling, and that would be about a $150 million increase in the provision and about $125 million in cash taxes. Really hard to predict further than that.

We know that bonus depreciation is something that seems to have bipartisan support. So, therefore, we expect 100 percent expensing to continue through 2022 and then the phaseout to continue thereafter.

If there is a Blue Wave it would bring lots of tax changes and specifically a capital gains tax increase as proposed in the Biden platform. It could drive above-average consolidation.

Look for more climate regulation and legislation – anti-carbon/fracking is dead, and more stringent maximum contaminate levels for PFAS. A Blue Wave or gridlock raises the risk of a national economic shutdown due to COVID, which we expect many states (predominantly Republican controlled) would oppose. The current robust housing cycle would stall out. Economic growth falters under the tax and legislation/regulatory burden, triggering a Biden recession.

With gridlock/status quo there will be less or no tax increase. Some form of stimulus is probable in either case. Other than the risk of a gridlock national shutdown the economy will open more, not less. Any stimulus would improve the economic outlook.

Status quo means limited incremental regulation, although we expect a PFAS ruling regardless.  Upstream energy survives and with an expanding economy may thrive again. No meaningful change in the current climate position.

The focus shifts from a legislative agenda to a regulatory agenda to effect the changes sought during the campaign. A Biden EPA would push for 50 parts per trillion for PFAS, anti-carbon regulation.

The economy should grow but slower as the added regulatory costs are absorbed. The housing cycle slows but probably does not drop below one million starts.

Regardless of Blue Wave or gridlock a Biden EPA reverts back to a more sue-n-settle approach to enforcement; aggressive interpretation of existing regulations (Clean Air Act and Clean Water Act options have been limited by the Supreme Court so cannot go back to Obama era actions but can still be disruptive). There will be lots of executive orders particularly around climate and living wages. We will reengage with Paris.

The economic impact will depend on the pace of change – if it’s too fast and the cost cannot be passed through, profits suffer.

With Republicans likely holding on to their Senate majority pending the outcomes of the two Georgia runoffs in January and a narrower Democratic House majority, the main impacts to the industry from the administration are likely to be limited to regulatory in nature as Biden’s proposed 33 percent increase in corporate taxes and other such measures are DOA. That being said, areas where there is broad bipartisan agreement such as the suspension, if not outright repeal, of the Federal Excise Tax on heavy vehicles could be beneficial to the industry, especially as a way to incentivize more fuel-efficient and safer new vehicles. Likewise, there is the potential for industry tax credits to adopt use of electric vehicles (EVs.) Additionally, reauthorization of the nation’s surface transportation infrastructure law (the FAST Act) would be beneficial to the industry by reducing the wear and tear on our vehicle fleets by improving road conditions. Finally, a broader infrastructure bill could address issues related to domestic recycling infrastructure capacity and market development.

The new administration has two priorities for the environment: climate change and environmental justice. The first step we expect the administration to take to achieve their objectives will be a flurry of executive actions that are anticipated to aggressively limit methane emissions for oil and gas operations and reducing greenhouse gas emissions from the transportation sector.

This focus on climate change will also include recommitting to the Paris Agreement on climate change. The waste and recycling sector has reined in methane emissions from landfills and rapidly transitioned to lower impact fuels for its vehicles. While this trend was expected to continue regardless of administration, the federal priorities are anticipated to accelerate these actions by focusing a lens on climate change.

In addition, the new administration plans to establish an Environmental & Climate Justice Division within the U.S. Department of Justice. This means that anti-pollution cases are expected to be pursued with greater frequency. The waste industry is already highly regulated, requiring significant investments to maintain compliance with existing regulations.

PFAS, ocean plastics/marine debris, and lithium battery waste will continue to be issues.