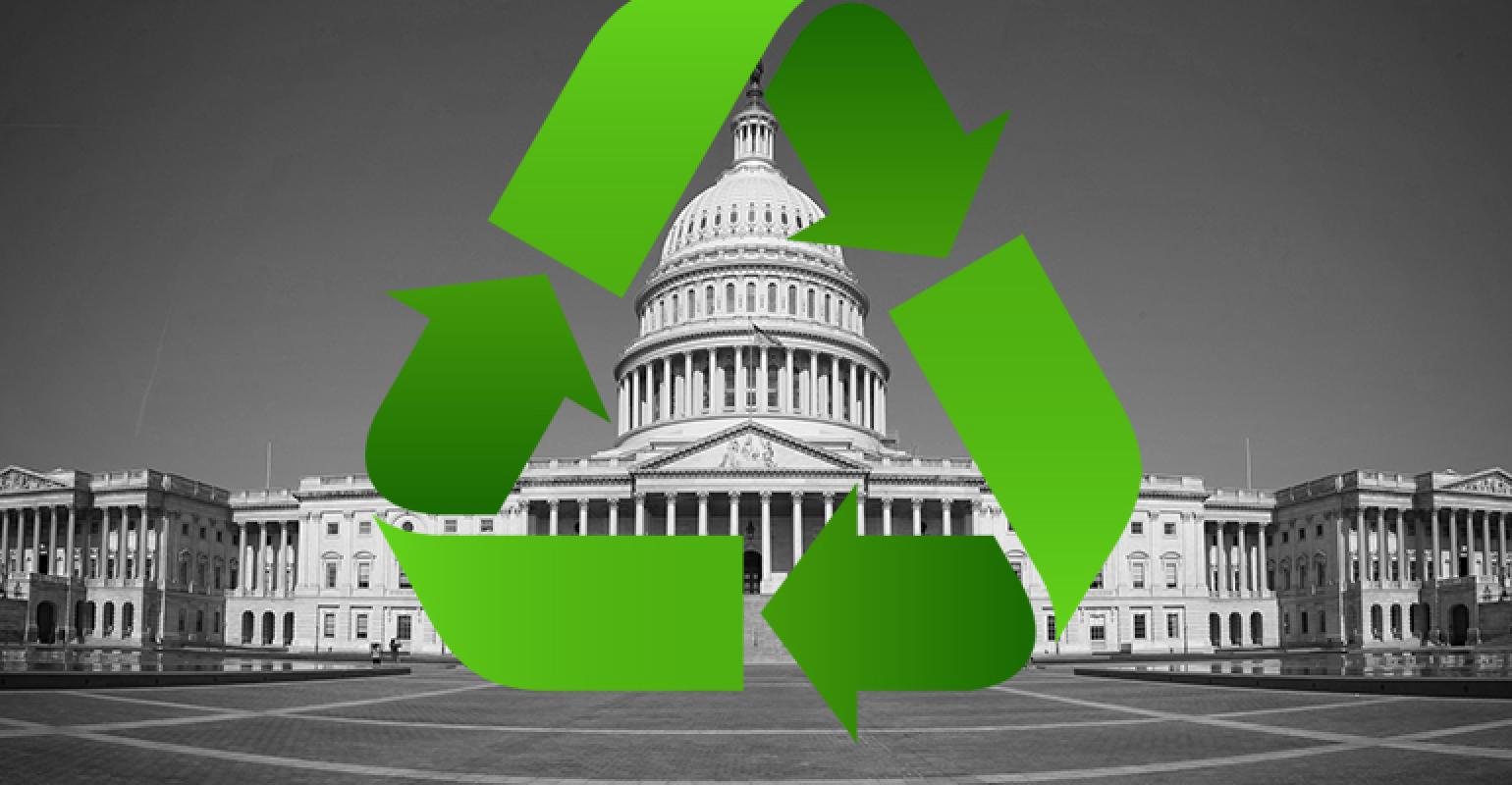 On many fronts, 2020 was an underwhelming year for public policy in the United States. Legislative bodies were forced to push aside regular legislative operations and respond to the COVID-19 crisis. Many environmental policy bills stalled in 2020 as governments cut costs by rolling back existing regulations and programs. Now, with the vaccine rollout underway in the United States, lawmakers seem hopeful to reignite momentum on policy to address our environmental challenges.

According to the EPA, in 2018 food waste accounted for over 35 million tons of waste in landfills -- or about 24% of all landfill waste -- making it the largest stream of waste ending up in landfills. While composting and energy recovery have grown in popularity, food waste in landfills has steadily grown in the United States since the 1960s. With its high potential for energy recovery and alternative use, measures have been introduced to cut food waste generation and promote disposal alternatives for high-food waste generators such as restaurants and supermarkets.

Washington D.C. B 506 requires the district to develop a comprehensive plan for organics waste management and requires waste haulers to address contamination in organic waste streams.

This measure was Signed by Mayor Bowser on Dec. 22, 2020 and is awaiting review by the U.S. House of Representatives.

New Jersey A.B. 5191 establishes targets to reduce organics in landfills by 75% by 2027. The measure was introduced and referred to the Assembly Environmental Solid Waste Committee on Dec. 21, 2020.

In the United States, many low-income and minority communities bear the brunt of the negative effects of the waste industry. Unwelcomed odors, debris, and poor air and water quality are just a few of the quality of life issues brought on by waste facilities’ proximity to these communities. In contrast, affluent areas have been able to lobby landfills and transfer stations out of their backyards. The American public is increasingly pushing lawmakers to address these inequities.

Virginia H.B. 704 creates a council to address environmental injustice by proposing public policy that helps vulnerable communities from disproportionate impacts of pollution and waste. This measure was passed on April 22, 2020.

New Jersey S.B. 232 – This bill establishes guidelines for building of new waste facilities by restricting major sources of pollution and waste in overburdened facilities. This measure was passed on Sept. 18, 2020.

Per- and polyfluoroalkyl substances (PFAS) are commonly referred to as “forever-chemicals.” These chemicals are used in many consumer products such as rain jackets, carpets, and non-stick pans, and are also a main compound used in industrial firefighting foam. These chemicals escape landfills through incineration and leachate, making their way into the air and into water systems. While the health consequences of this are not yet fully known, concern over PFAS has grown and states have begun banning the use of PFAS in certain products as well as increasing containment levels. According to Safer States, at least 15 states have passed legislation related to PFAS and at least 30 measures are currently being considered by state legislatures.

Indiana HB 1129 requires the Department of Health to set maximum contaminant levels for PFAS in water systems and emphasizes the protection of vulnerable populations. This measure was referred to the Committee on Environmental Affairs on Jan. 7, 2021.

Minnesota SF 70 prohibits the manufacture and sale of food packaging containing PFAS. This measure was introduced on Jan. 14, 2021.

Despite the economic setbacks of 2020 and the stalled legislative momentum in statehouses, cities and municipalities have continued to lead charge on sustainability, resilience, and circularity. Though some cities temporarily suspended plastic bag regulations and curbside recycling programs in 2020, municipalities sustained momentum on many regulatory issues by passing ordinances that aim to create cleaner and safer communities. Cities are leading the push towards sustainability and circularity and it is likely that their actions will influence larger movements within their states.

Today, hundreds of American cities and towns have adopted some form of plastic bag regulation. Despite several temporary rollbacks due to COVID-19, in 2020 municipalities continued to move on plastic bag fees and bans. Notably, after some delay, New York City’s plastic bag ban went into effect in the Fall of 2020. If states fail to enact comprehensive plastic bag legislation in 2021, municipalities will likely continue to steadily address the issue and push state lawmakers to take action.

In November of 2019, the New York City Council passed what would become Local Law 199, establishing 20 commercial waste zones throughout the five boroughs. Once implemented, DSNY’s plan will require haulers to adopt environmental standards and submit plans in order to be considered to operate in a zone. The law will allow only three haulers to operate in any given zone. According to DSNY, this law will decrease miles driven by private haulers by around 60% or by 18 million per year which would dramatically decrease GHG emissions tied to the private carting industry. The bidding process, delayed by COVID, officially began this month. While commercial waste franchise zones are not something new, New York City’s plan will have an amplified effect as it is the largest commercial waste market in the country. As cities continue to explore public policy solutions to their environmental challenges they will likely be watching how Local Law 199 plays out.