Proposed Changes to HOS Rules Could Be A While 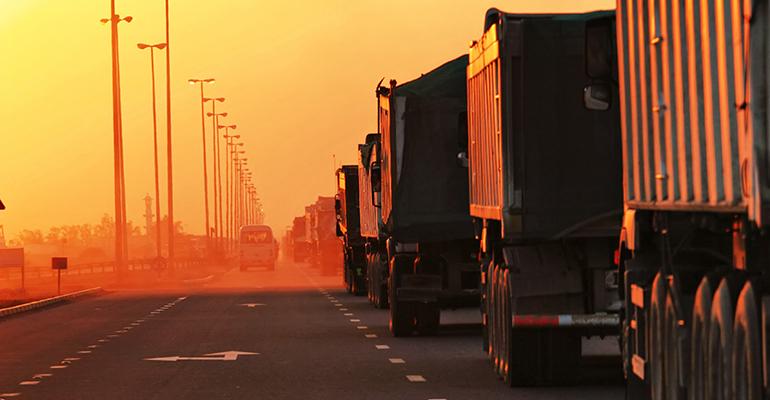 After a 45-day comment period and federal protocols, changes likely won’t take effect until the end of 2020.

Even though the federal government just proposed changes to the hours-of-service (HOS) rules that would increase truck drivers’ flexibility while on duty, changes likely won’t take effect until 2020, Fleet Owner reports.

The proposal was announced by the U.S. Department of Transportation’s Federal Motor Carrier Safety Administration (FMCSA) on August 14, with an August 21 publication in the Federal Register opening a 45-day public comment period. After that period ends, agency officials will review the comments, decide if any changes to the initial proposal are warranted and determine if a final rule should be issued.

The National Waste & Recycling Association (NWRA) announced it supports these changes that would address the industry’s concerns regarding use of electronic logging devices (ELDs) and cover the issues included in NWRA’s pending HOS-ELD industrywide exemption request to FMCSA.

The proposed rule alters the short-haul exception to the record of duty status requirement by extending the maximum duty period allowed under the exception from 12 hours to 14 hours; extends the air-mile radius for the maximum distance from the work-reporting location from 100 miles to 150 miles; and modifies the exception for adverse driving conditions by allowing such conditions to extend the maximum driving window by up to two hours. Drivers would still be limited to 11 hours driving time under normal circumstances or 13 hours under adverse conditions.

“FMCSA’s proposal to overhaul the hours of service requirements takes into consideration the points that NWRA has been making in comments to and during in-person meetings with the administration since this process started a year ago,” said NWRA President and CEO Darrell Smith in a statement. “We are extremely pleased that FMCSA has incorporated our views on behalf of the waste and recycling industry into these amendments.”

Comments on the proposed rule will be accepted for 45 days beginning August 22 at www.regulations.gov using Docket Number FMCSA-2018-0248. It is predicted that the rulemaking process may take up to a year before any changes would go into effect. In the meantime, a decision by FMCSA on NWRA’s industrywide HOS-ELD exemption request is expected soon. If the request is granted, the exemption immediately would go into effect for the waste and recycling industry, bridging the gap until rule changes occur, and not sunset for five years. Should the amendments be enacted, NWRA would not have to request an exemption renewal every five years.

Even with the expected publication of the updated hours-of-service proposal this week in the Federal Register, it will still be a while before any changes are finalized.

“It will probably be at least the end of 2020 before we see new rules go into effect,” Brandon Wiseman, a partner with Scopelitis, Garvin, Light, Hanson & Feary, told Fleet Owner.

The formal publication of the HOS proposal kicks off a 45-day widow for public comments, which Wiseman noted could be extended by the Federal Motor Carrier Safety Administration “if there is a compelling reason to do so.”