As Momentum Stalls in D.C., Action Ramps Up in the States 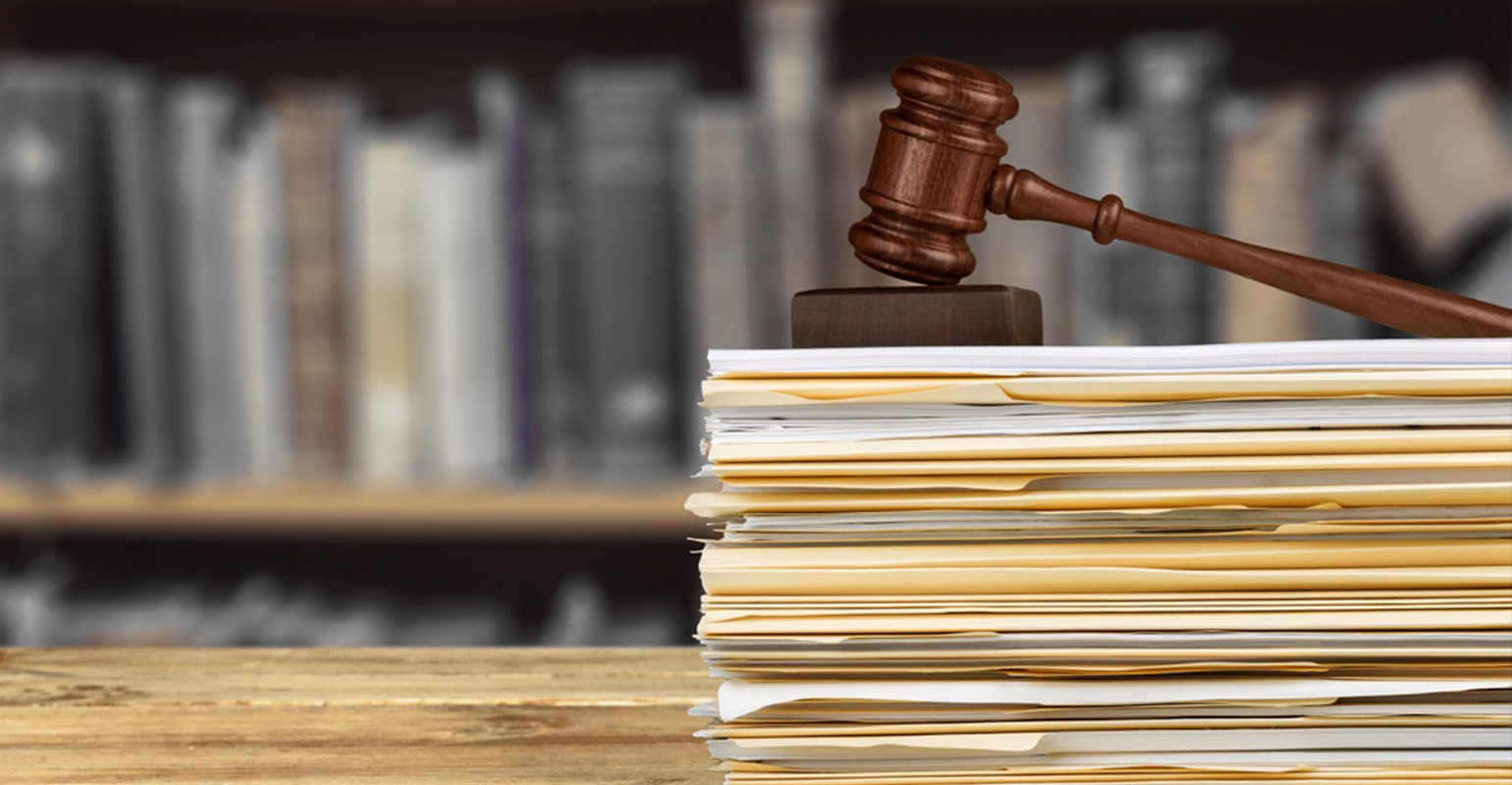 Nearly two months into a new Congress and a month and a half into a new presidential administration, there is not much to show for it yet. Other than a handful of cabinet nominees being confirmed, another impeachment of the previous president that failed to result in a Senate conviction and congressional committee assignments being set, nothing of substance has been accomplished.

The $1.9 trillion COVID-19 relief package continues to struggle for traction. The promised $2,000 per person stimulus checks have been scaled back to $1,400 and are still nowhere in sight. The traditional February address by a new president outlining his priorities to a joint session of Congress has yet to be scheduled with the month already having come and gone. Despite Democrats controlling all the levers of power in Washington, gridlock persists due to their razor-thin majorities in the House and Senate as well as the moderate/liberal divide within the party.

While whatever momentum a new president and Congress typically tends to have at the beginning of a new term appears to be dissipating rapidly, the same cannot be said for state legislatures. In 1932, Supreme Court Justice Louis Brandeis famously described states as “the laboratories of democracy,” and that is certainly a fitting way to view them in 2021 as they are deep into their legislative sessions.

The National Waste & Recycling Association’s (NWRA) chapters are actively engaged with state legislatures across the country on a variety of issues of significant importance to the industry.

The separate New York City chapter circulated a grassroots industry sign-on letter requesting the New York City Department of Sanitation withdraw its proposed regulations to implement the commercial waste zones law. At the same time, the chapter has continued its work to submit formal written comments for the record.

Connecticut chapter staff and members worked with state authorities to get approved the essential and critical infrastructure 1b priority for waste and recycling workers to receive the COVID-19 vaccination. Staff also presented on pay-as-you-throw issues at the mid-winter meeting of the Connecticut Recyclers Coalition.

Meanwhile, legislation has been introduced in Delaware that is overly prescriptive with regard to billing practices for waste haulers.

The New Jersey chapter formally submitted its nominee to serve on the New Jersey Food Waste Recycling Council. Staff are continuing their coalition work with New Jersey business interests and the state’s environmental departments in developing the regulations that will implement its new environmental justice law.

Things are just as active in the Midwest region where the Illinois chapter has been busy reviewing 47 bills impacting the waste and recycling industry. The chapter formed a technical facilities committee to address landfill rules and specifically per- and polyfluoroalkyl substances (PFAS) issues. Members continued opposing HB 342, a re-boot from last session, dealing with exclusive disposal contracts.

The Kentucky chapter suggested language changes to SB 86, which redirects fines and penalties for open dumping from the Energy and Environment Cabinet to counties, to satisfy members’ concerns. It also continues to work with the Department of Revenue on landfill tax property valuation. The Kentucky Supreme Court will hear oral arguments on specific constitutional aspects of HB 246. The chapter has been engaged in this litigation since 2017.

The Ohio chapter has a very active rules committee that continues to review and comment on the Ohio Environmental Protection Agency’s multi-program rules package. These include landfill design, coal combustion residual, engineering and post-closure guidance, to name a few. The final explosive gas monitoring plan rules are expected to take effect on July 1.

The Minnesota chapter of NWRA has expressed opposition to legislation creating a legislative commission on waste management and continues to work against a proposed 3 percent solid waste tax. This bill would impact 20 private and public landfills and will not affect change in behavior to reduce and recycle more material. Members have drafted a letter on HF 79 and PFAS-related issues. Members are reviewing HB 945 on environmental covenants that also have an environmental justice component.

Missouri members are preparing draft language to amend HB446, a site-specific bill that has a statewide impact that increases buffer zones at a transfer station. Members also oppose HB 631 relating to land use permits for historic landfills.

NWRA’s Wisconsin chapter is looking at an exemption for waste-to-energy facilities from solid waste tip fees, the process for the Department of Natural Resources to ban plastic bags, allocations from the environment fund for projects and expanding public access to recycle e-waste. The chapter’s PFAS committee is reviewing the governor’s call for emergency rules covering solid waste facilities and regulating PFAS as air contaminants and toxic hazardous substances. The chapter continues to participate in a stakeholders group to support the repeal of personal property taxes that impact NWRA members’ operations.

The sprawling Sunbelt region has just as much going on where the Alabama chapter has been following House Bill 335 allowing waste contracts with counties and municipalities to be extended to a five-year term. This passed the House of Representatives on February 23 with a vote of 99-0.

NWRA staff are following HB 3515 in South Carolina, which requires the Department of Health and Environmental Controls (DHEC) to promulgate regulations to establish maximum contaminant levels for certain pollutants in public water systems. The chapter is also meeting with DHEC to discuss proposed General Title V MSW Permit rules (air quality). It submitted a letter to the House Healthcare Subcommittee seeking solid waste workers’ inclusion in the next wave of essential employees to receive COVID-19 vaccinations. Additionally, the chapter is actively monitoring H3892, which is a restrictive landfill siting bill that would prohibit approval of permits located within a certain (undefined) proximity of a public park or public natural area. While originally directed at mining operations, solid waste management facilities are in the legislation as filed.

In North Carolina, the chapter is entering the final stage of a six-year legislatively mandated rule review process. Its intent was to assure that no regulations unnecessarily exceeded federal regulations. Following a chapter review on hundreds of regulations affecting the industry, the chapter repeatedly submitted comments and recommendations on the existing regulations, as well as changes proposed by the Department of Environmental Quality (DEQ). Following numerous meetings with DEQ, the chapter submitted formal objections to seven regulations, allowing for a legislative review prior to the proposed regulations becoming law. At the chapter’s request, a placeholder bill has been filed while one last negotiation takes place between the chapter and DEQ.

The Florida chapter has reviewed bills that have been filed and the legislative process for the 2021 legislative session.

The Georgia chapter continues to discuss the Georgia Environmental Protection Division (EPD) proposed solid waste rules and will participate in a meeting with the EPD on these rule changes. The chapter is also monitoring Senate Bill 230 and House Bill 577. Senate Bill 230 is related to the management of coal ash and conditions for the issuance of a permit for solid waste or special waste handling for a coal combustion unit or landfill. House Bill 577 relates to revising limitations on permitting of landfills near significant groundwater recharge areas, and to prohibit permitting of new landfills within 50 miles of existing landfills.

NWRA’s Colorado chapter filed an amicus brief with the Colorado Supreme Court in support of the Colorado Department of Public Health & Environment (DPHE) involving a dispute between DPHE and La Plata County regarding the interpretation of Colorado’s Solid Waste Disposal Sites and Facilities Act and Governmental Immunity Act.

New Mexico NWRA members have continued to follow HB108 regarding increasing the solid waste fee permits for landfills. The cost of a landfill permit over two years of permitting would be increased to $80,000 from the current cap of $10,000.

The Oklahoma chapter is following SB622 that creates the Oklahoma PFAS Waste Act, which directs the Department of Environmental Quality to establish regulations on the storage, treatment and disposal of PFAS waste produced by certain facilities.

The Texas legislative committee continues to monitor several bills that impact the industry including Senate Bill 765 related to disclosure of proximity landfill for residential property sale, House Bill 1998 related to having no weight limitation on petroleum gas vehicles and House Bill 2104 related to county provision of solid waste services.

NWRA continues to be at the forefront of both state and federal advocacy for the waste and recycling industry, representing the interests and concerns of its members wherever they may arise.