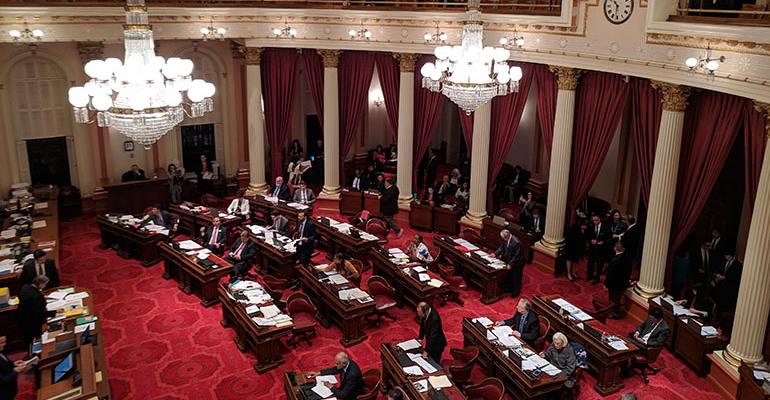 Part one in a three-part series this week highlights the steps organizations and nonprofits have taken to push for policy around the issue of food waste.

In a three-part series this week, Waste360 takes a look at the main issues around food waste and explores what’s going on at the state and federal levels. Read part two here and part three here.

Sixty-three million tons of food is wasted in the U.S. every year, a staggering volume that exacerbates multiple issues within the food system. It translates to huge losses along the supply chain. It wastes water and fertilizer. Then, there are environmental concerns, as rotting organics pile on landfills and release methane into the air.

On the flip side, focused efforts to reduce food waste create jobs, provide opportunity to make compost and energy and could help feed the 40 million hungry people in the U.S., according to the United States Department of Agriculture (USDA). The problems and opportunities around food waste are why organizations like Harvard Law School Food Law and Policy Clinic and nonprofit Rethink Food Waste through Economics and Data (ReFED) are pushing for policy around this issue.

ReFED recently put out its "Roadmap to Reduce U.S. Food Waste by 20 Percent," a national study and action plan to cut food waste at scale.

“When we published the Roadmap report, we found a few top-level areas that can be used to accelerate food waste reduction, with one area being public policy. You can get more people involved,” says Chris Hunt, communications director for ReFED.

A lot is going on at the state level. And the first comprehensive piece of federal legislation around food waste has been in the works for a couple of years.

“Some current laws make it hard to reduce food waste, like date label laws in several states that restrict donations past a certain date,” says Hunt.

“But laws can also provide incentive to do good, like tax incentives for donating. So, laws can be a barrier, or they can be used to drive people to make better decisions,” says Emily Broad Leib, director of Harvard Law School Food Law and Policy Clinic.

In the most recent legislative session, 91 pieces of food waste-related laws were proposed in 30 states, 22 of which have passed into law.

“There’s been a lot of activity. But a lot of change is needed yet,” says Broad Leib.

Date labels especially have been up for discussion, both in proposed federal and state legislation.  Many states are now trying to change how they regulate date labels, with California passing a law and several states having introduced legislation.

But now, there is inconsistency that causes confusion. Those working to affect policy would like food to have only two labels.

When it comes to food waste, there is relatively little federal law. The few significant pieces are the Bill Emerson Good Samaritan Food Donation Act, which protects food donors and nonprofit groups that distribute food from liability associated with the consumption of donated food; the Federal Enhanced Tax Deduction for Food Donation, which allows businesses to value their food donations to qualified nonprofits; and the Federal Swine Health Protection Act, which requires that meat and animal-byproduct-containing scraps be treated by heat to kill bacteria before they’re fed to hogs.

The 2018 federal Farm Bill has pieces of an ambitious food recovery act attached to it. Advocates pushing for a law of such large scope have faced an uphill climb, but its gaining momentum.

Meanwhile, the U.S. Environmental Protection Agency (EPA) has set a national goal to cut food waste by 50 percent by 2030. And it’s looking to see what role it can play in moving toward that goal, including by improving data, as data helps show how to reach goals, said Kathleen Salyer of EPA during a Food Waste Summit co-hosted by Harvard Law School Food Law and Policy Clinic and ReFED.

One of the agency’s areas of focus is data collection around anaerobic digestion (AD) to help track capacity and to serve as a resource to facilitate AD for food waste.

ReFED is focusing on data and analytics, too. “We are hoping to impact policies and peoples’ sense of what’s valuable,” says Hunt.