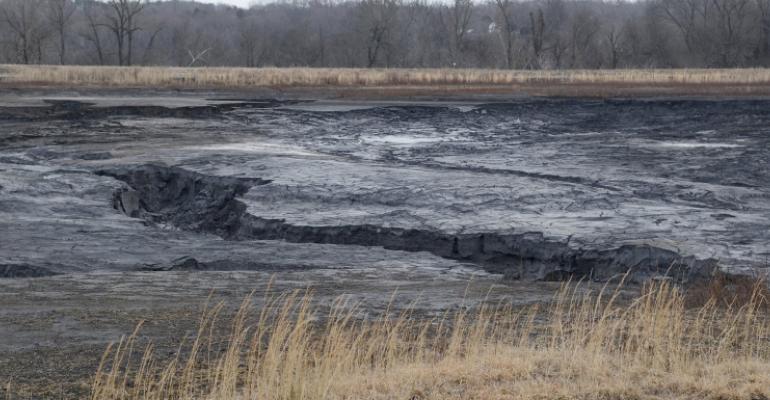 EPA said it is modifying the 2015 CCR regulation “in order to promote increased recycling in infrastructure projects and other uses.”

The U.S. Environmental Protection Agency (EPA) announced this week that it will amend 2015 Obama-era regulations for the disposal of coal combustion residuals (CCR) from electric utilities. The agency also plans to revise a portion of the regulations (known as effluent guidelines) affecting wastewater management from steam electric power plants.

The 2015 CCR rule required plants that burn coal to dispose of the fine powder and sludge using wastewater treatment technology in order to prevent about 1.4 billion pounds of coal ash from leaking into waterways, National Review reports.

Under Obama-era requirements from 2015, coal ash waste ponds that were seeping contaminants into groundwater would have had to close by April 2019. Under the latest revisions, utilities now have until August 31, 2020, to retrofit or close unlined ash ponds.

“Today’s proposed actions were triggered by court rulings and petitions for reconsideration on two 2015 rules that placed heavy burdens on electricity producers across the country,” said EPA Administrator Andrew Wheeler in a statement. “We are proposing both at the same time in order to provide more certainty to the American public. These proposed revisions support the Trump administration’s commitment to responsible, reasonable regulations by taking a commonsense approach, which also protects public health and the environment.”

In 2015, EPA promulgated a rule establishing a set of solid waste requirements for the management of coal combustion residuals, commonly known as coal ash, fly ash, bottom ash (BA), boiler slag and flue gas desulfurization (FGD) materials generated from coal-fired electricity utilities, in landfills and impoundments, along with inspection, monitoring, recordkeeping and reporting requirements. In 2018, the D.C. Circuit Court of Appeals overturned certain provisions of EPA’s 2015 final rule and remanded some provisions back to the agency.

In light of court rulings, the latest CCR rule proposal amends certain closure provisions in the regulations for the disposal of coal ash. This proposal is one of several planned revisions to provide what EPA calls “a clear and stable regulatory framework for coal ash management and disposal and address matters raised in litigation, legislation, petitions for reconsideration and rule implementation.”

In August, EPA proposed a regulation to address issues associated with piles of coal ash, which supports beneficial use. According to EPA, these beneficial use provisions will deliver additional benefits, including:

EPA is proposing a modification to one of the criteria used to determine if coal ash is being beneficially used or would be considered disposal. Currently, when 12,400 tons or more of unencapsulated coal ash will be placed on the land in non-roadway applications, the user must perform an environmental demonstration. EPA is proposing to replace the numerical threshold for triggering an environmental demonstration with location-based criteria (e.g., placement in an unstable area, wetland, floodplain, fault area or seismic zone) derived from the existing requirements in the 2015 final rule.

“Although EPA is working on several regulatory proposals, the vast majority of the 2015 CCR rule remains in place, and its implementation continues,” according to EPA. “All units managing coal ash are required to monitor groundwater, publicly report the data and take action to address exceedances of the groundwater protection standards.”

However, environmental activists say the amendments to the 2015 rule will remove certain safeguards if the ash is dumped or spread for a "beneficial use," such as fill.

A Duke University study reports that allowing coal ash to be spread on soil or stored in unlined pits and landfills will raise the risk that several toxic elements could leach out of the coal ash and contaminate nearby water supplies across the U.S.

During an EPA public hearing on October 2, Avner Vengosh, professor of geochemistry and water quality at Duke’s Nicholas School of the Environment who led Duke’s study, explained that the amendments “would considerably weaken the existing federal regulations and will result in higher risks to water resources and human health.” The study also notes that experiments suggest that when coal ash interacts with water—as it will if it is spread on soil or buried in soil without protective liners—there is extensive mobilization of arsenic, selenium and chromium, in the form of highly toxic hexavalent chromium.

The latest proposal addresses the deadline for initiating closure of all unlined surface impoundments containing coal ash and for impoundments located in close proximity to aquifers. It includes the following:

In 2015, EPA issued a rule that established new ELGs for the nation’s steam electric power plants. That rule was subject to legal challenge, and the agency received multiple petitions for administrative reconsideration, including a request for reconsideration from the U.S. Small Business Administration’s Office of Advocacy. In response, EPA undertook a rulemaking that changed the earliest compliance date in the 2015 rule from November 1, 2018, to November 1, 2020, to allow for reconsideration of the regulatory provisions.

EPA said its latest proposal “would achieve greater pollution reductions than the 2015 rule, at a lower cost.” By leveraging newer and less costly pollution control technologies and taking a flexible, phased-in implementation approach, EPA said its proposal is estimated to save more than $175 million annually in pre-tax compliance costs while reducing the amount of pollutants discharged to the nation’s waters by approximately 105 million pounds per year over the 2015 rule.

According to the agency, the proposed rule would make key changes to the 2015 rule, including:

EPA seeks comment on both proposals through two concurrent 60-day public comment periods, during which one virtual public hearing will be held for each rule.