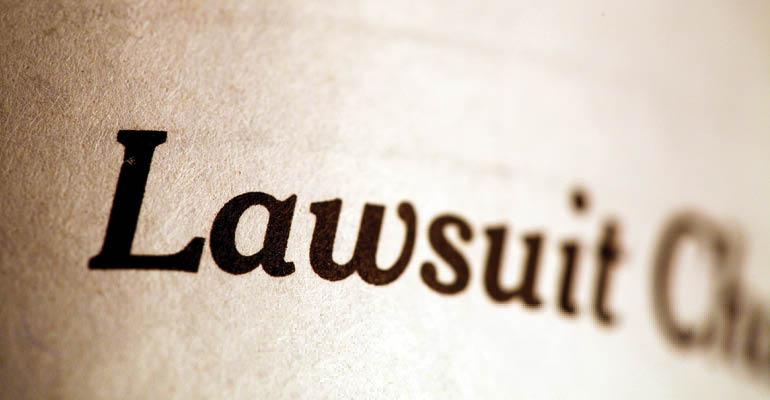 Northside filed suit over what it referred to as the city’s “binding contract” to sell it a transfer station on city-owned land.

Who knows what motivated a waste management company to file a farfetched lawsuit against the city of Salem, Mass. When asked about the suit shortly after it was filed, Salem Mayor Kim Driscoll called it “somewhat preposterous.” The same could be said for the notion that demons and other evil spirits can cause someone to endure fits and strange afflictions.

Founded in 1626, Salem sits on the Atlantic coast about 15 miles north of Boston. Much of the city's cultural identity reflects its being the location of the infamous Salem witch trials of 1692 and 1693. Some 19 locals were executed for allegedly practicing witchcraft. These days, police cars and uniforms are adorned with witch logos and the Salem High School athletic teams are named the Witches.

For some time prior to 2007, Northside Recycling, Inc. had leased and operated a transfer station on a 9.2-acre parcel of city-owned land with major environmental problems. In 2007, the city issued a request for proposal (RFP) for the purchase or long-term lease of the property, contemplating its continued use as a transfer station or for other development. The RFP stated, in part, as follows:

It is the intention of the City to accept the proposal most advantageous, taking into consideration the relative prices and relative merits of each proposal. The City, acting through its Mayor and City Council, reserves the right to accept or reject any or all proposals . . . .  *   *   *  The invitation for Proposals, and the proposal when accepted by the City, shall constitute an agreement for sale between the successful proposer and the City.  Such agreement shall constitute the whole contract to be succeeded only by the formal instruments of transfer, unless modified in writing and signed by both parties.

Northside submitted a proposal offering to purchase the property. In July 2007, the city solicitor sent a letter to Northside that included this wording:

[T]he city's selection committee for the sale or lease of the transfer station has ranked your company first. *   *   *   We would like to meet with you next Thursday . . . to negotiate contract terms. Once we have reached a tentative agreement, we will submit such to the City Council in September, 2007 for acceptance.

Then, much time elapsed. Not until the following March did the City Council vote to declare the property surplus. However, it did not then accept or reject Northside's proposal, nor did it authorize the mayor to sell the property.

A group with properties abutting the transfer station site initiated litigation against the city over environmental permitting issues. Those proceedings ended in 2014, when the Massachusetts Appeals Court ruled in favor of the city and Northside, which had joined the suit on the side of the city. But, for whatever reason, the council later voted against selling the property to Northside.

Furious with the outcome, Northside filed suit in Essex County Superior Court against the city, its mayor and the city council, alleging that the city solicitor's letter constituted an acceptance of Northside's proposal, forming a binding contract to sell the property. The company sought damages based on an alleged breach of contract and violation of state law.

The city defended primarily on the ground that it had never made such a contract. It relied on the language of the RFP reserving its right "through its Mayor and City Council . . . to accept or reject any or all proposals." It also relied on the provisions of two city ordinances governing the sale of city land. Under City Code § 2-277, "[t]he city council may convey or lease real estate only by a vote of two-thirds of all its members." Elsewhere in the code, when the city planner recommends that the mayor be authorized to sell a parcel to a particular purchaser, "[u]pon approval of [that] recommendation by the city council . . . the recommendation shall be referred to the mayor," and "[u]pon approval of the sale by the mayor, the city solicitor shall set a date for transfer of the parcel from the city to the purchaser." § 2-1365(d)

With no key facts being in dispute, each side filed a motion for judgment in its favor. After considering the conflicting arguments, the trial judge ruled for the city. Simply stated, the RFP and the city ordinances required approval by the city council and the mayor before the city could lawfully agree to sell and eventually convey city property. As no such approvals had occurred, no enforceable contract existed. Northside appealed.

A three-judge panel of the appeals court agreed with the lower court ruling. The RFP was perfectly clear: an agreement for sale could be formed only when the city formally accepted a proposal and the city had the option to accept or reject any or all proposals.

The city solicitor's letter merely proposed that the parties meet to discuss contract terms. If a tentative agreement were reached, only then would the arrangement be submitted to the city council "for acceptance." The letter did nothing more than illustrate a pathway to city officials who, under the relevant ordinances, would need to approve the conveyance of the property to Northside.

Northside also argued that even if it could not compel the city to convey the property under the claimed agreement, the city was still liable for damages—specifically, for at least $12 million, which Northside alleged was the fair market value of the land.

The appeals court flatly rejected this argument. “Persons who deal with a governmental agency must take notice of limitations upon that agency's contracting power,” the opinion continued.  “Northside's position, if accepted, would frustrate an obvious purpose of the ordinances: to centralize, in the city council and mayor, control of and accountability for the disposition of city resources.”

Northside’s last-ditch argument, based on state law, was that the city had acted unfairly or deceptively by refusing to transfer the property. Northside claimed that the city had repeatedly promised, even before the RFP process, to sell the property to Northside. These promises, the company claimed, induced it to spend substantial sums on environmental reports and other costs related to the property—sums it would not have spent had it known that the sale was contingent on what Northside called "the notoriously unreliable City Council."

“Even if we put to one side that any such promises would be unenforceable (and reliance upon them unreasonable) in light of the city ordinances discussed above, Northside offered insufficient evidence of such promises,” said the appeals court.  Northside offered "vague allegations and conclusory statements” which were deemed insufficient to defeat the city’s motion for summary judgment.